Household fast food names could soon be a thing of the past thanks to the funding of plant-based alternatives from some of the world’s biggest investors. The plant-based food scene is changing rapidly, no longer are vegans thought to eat nothing but lettuce and lentils, the plant-based burger revolution has arrived. What’s more, big investors are excited about it.

Recently, Beyond Meat’s burger, otherwise known as ‘the burger that bleeds’ accomplished something huge when they struck a deal with stores owned by Kroger, that means their burger will be stocked in 605 stores across the US. Beyond have seen investments from some big names including Bill Gates, General Mills and even meat producers Tyson Foods. Tyson’s CEO said earlier this year that the future of protein may lie in the meatless market. 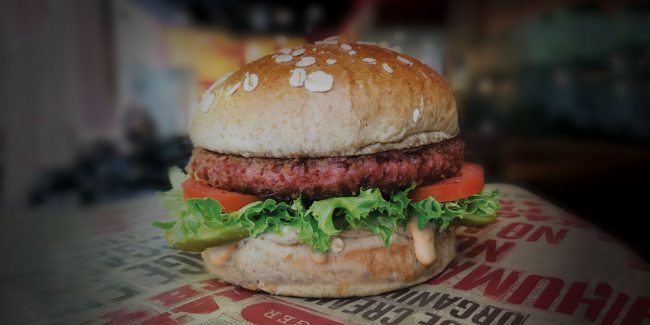 A similar burger, made by Impossible Foods, who Bill Gates has also invested in, managed to accumulate $75 million worth of funding last month. Alongside Bill Gates, Facebook co-founder Dustin Moskovitz and Asia’s second richest man Li Ka-shing were amongst the contributors.

Impossible are currently waiting on confirmation from the FDA about their ingredient ‘heme’, which they were granted a patent for this month. Heme is the key to their ‘meat like’ burgers and is derived from soy. As yet the FDA are undecided as to whether this product will be considered an allergen, which is currently stopping Impossible from distributing further. However, it seems that they will have a lot of support behind them when they do. 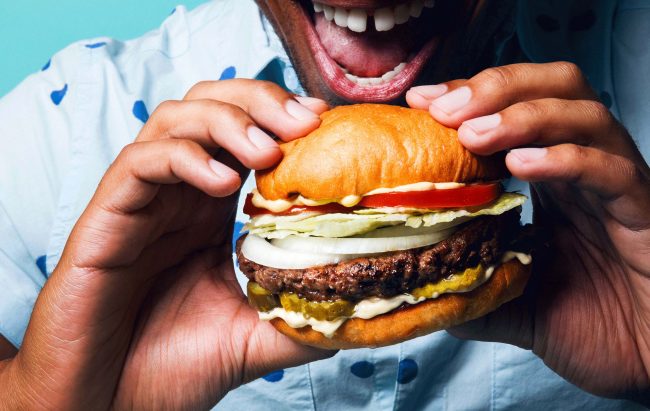 Taking it one step further, from individual products to a whole chain of restaurants, By Chloe has taken the US by storm since its first store opened its doors in 2015. The fully plant-based chain which has been described as ‘Shake Shack without the meat’, is already venturing across the Atlantic to London, where it will open its first European store in Covent Garden later this year. Since opening, the chain has sold over 600,000 vegan burgers, which aren’t the only item on their menu. These high figures may account for the whopping $13 million dollars invested in the chain recently to allow them to expand both in the US and overseas.

Start-ups like these are seeing an increase in popularity, and it’s not surprising. Plant-based foods are much more sustainable than their animal product alternative, something Impossible Foods boast about on their site. The increased number of options allow people who are still keen on the taste of meat, as well as those who want to celebrate vegetables, plenty of things to try without comprising their favourite foods.

With backing from big investors these companies could go from just starting out to fast food giants pretty quickly, and with everything they have to brag about it could mean a sharp decline in some of the world’s biggest fast food outlets.

Unless, of course, McDonalds want to jump on the plant-based bandwagon?