The Plant Based Foods Association (PBFA) lobby group testified on milk labeling issues at a Food and Drug Association (FDA) public meeting about modernizing standards of identity and labeling for milk.

PBFA urged the regulatory agency to consider that “there’s room for everyone” in the “dairy” category.

“American consumers are sophisticated and well informed. Consumers who purchase plant-based foods are keenly aware of why they are making these choices and do so for many reasons: sustainability, health, allergies, ethics, variety and taste,” said PBFA representative and Senior Policy Advisor of law firm Alston & Bird, Shannon Campagna.

“There is much discussion about the use of the word “milk” to identify plant-based alternatives. For our members, and as the data shows, for many consumers, the word describes the functionality of the product. Our research shows that 78% of cow’s milk drinkers agree that the word “milk” is the most appropriate term for products such as soymilk and almond milk,” Campagna continued. “Our [consumers] use of the term is not meant to diminish the value of cow’s milk produced by dairy farmers, but rather to use terms that have been understood and accepted in the marketplace as the common and usual name for more than 30 years.” 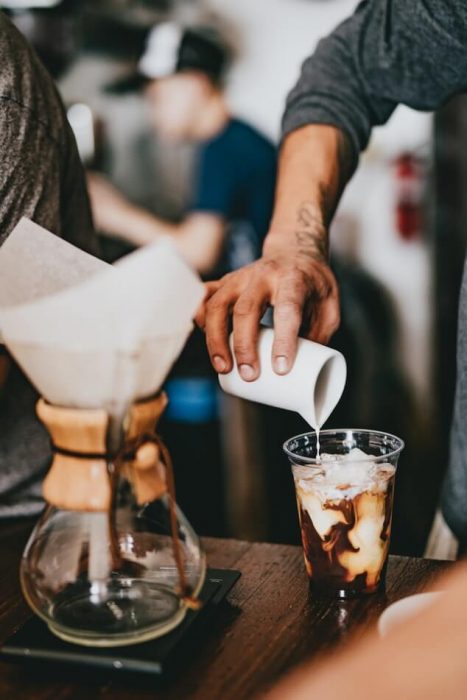 Noting that restricting the employment of the term “milk” may “stifle innovation,” the PBFA has established a Standards Committee to help identify voluntary standards for plant-based milk labeling.

The committee just conducted a consumer survey regarding labeling issues PBFA suggests that when labeling plant-based milk, companies be allowed free employment of the term “milk” provided the integral ingredient is stated clearly. This would apply to milk such as almond, rice, oat, soy, coconut, and more. The survey also indicated that consumers want to see the phrases “dairy-free” and “nondairy” clearly displayed on vegan milk packaging.

FDA commissioner Scott Gottlieb stated earlier this year that the agency will not enforce legislation to change the definition of milk without “a deliberate process.” Gottlieb pointed out that the FDA “can’t just arbitrarily change what will be allowed in the marketplace,” and that is has permitted free employment of the term “milk” for decades, regardless of the drink’s origin.

More recently, late night talk show host Stephen Colbert shed a humorous approach to the labeling debate. He joked that if milk isn’t from a lactating animal, it has to be called “soy juice and almond sweat.”