In response to the mounting consumer demand for vegan products, The Plant-Based Foods Association (PBFA) added a new board member, advisory team, and three additional staff.

“In the next five to ten years, we are going to see a massive explosion of interest in plant-based foods. We are going to see many new companies and many success stories,” predicted Jaime Athos, CEO of The Tofurky Company and board president for the Plant Based Foods Association. That was back in 2016, and he was right.

Not even two years old, the PBFA is doubling its initial staff, increasing the board of directors, and adding an entirely new advisory board to represent its multiple and diverse company members.

Doug Radi, CEO of Good Karma Foods (a flaxseed-based dairy company), joins the organization as its sixth board member. In addition, eight innovative industry leaders now make up the PBFA’s advisory team. Each advisory board member specializes in a specific, business-related field, from media and PR, to legal services, nutrition, fundraising, start-ups, retail, research, and food service. Their input and expertise will be key in supporting new members and continuing to foster the growth and success of plant-based products. 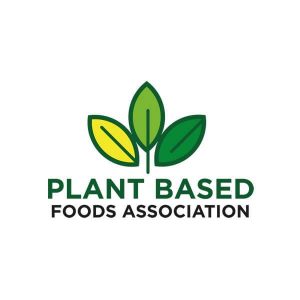 This relatively young trade association began in March of 2016 to address the growing interest in plant-based options and offer vegan companies assistance in the market space. “Every other sector of the food industry – from sugar to organics – is represented in the policy arena,” said Executive Director Michele Simon in a 2016 press release. “The time has come for the plant-based food industry to also have a collective voice.”

The organization began with twenty-three plant-based companies, including five founding board members: Daiya Foods, Follow Your Heart, Miyoko’s Kitchen, The Tofurky Company, and Upton’s Naturals. Today, this robust and progressive trade group proudly represents over one-hundred plant-based members, with no signs of slowing down. Most notably, it brought on the Campbell Soup Co. last year.

“I am thrilled we are increasing our staff and board while adding a top-notch advisory team to better serve our members,” said Simon, who remains the Executive Director. “PBFA’s expansion is a sure sign that the future of the plant-based foods industry is bright.”