FDA commissioner Scott Gottlieb says the agency will not follow through with enforcing legislation to change the definition of milk without “a deliberate process.”

Gottlieb’s statement, that was made to The Hagstrom Report, refers to a debacle between the dairy industry and plant-based companies about whether vegan products should be labeled with names conventionally connotated with animal products, such as milk, cheese, butter, and yogurt.

The Hagstrom Report questioned Gottlieb after a town hall event about the FDA’s plans, or lack of, to legally resolve the conflict aroused by the definition of such foods. Gottlieb said, “It’s true” that the current FDA definition of milk is the secretion of “a lactating animal.” However, he also noted that the FDA has permitted plant-based products to be labeled with dairy-like terms for years.

“We can’t just arbitrarily change what will be allowed in the marketplace,” commented Gottlieb, who later said the FDA is discussing a rewrite of all “standards of identity” for food products.

Many believe that due to the prominence of vegan food in today’s market and how plant-based food sales are increasing while dairy sales are dropping, the dairy industry is ramping up advertising and trying to redefine its position on the modern market. Regarding the impact of the growing interest in plant-based milk among consumers, the CEO of Select Milk Producers, Mike McCloskey, previously stated, “I think the threat is very serious.” 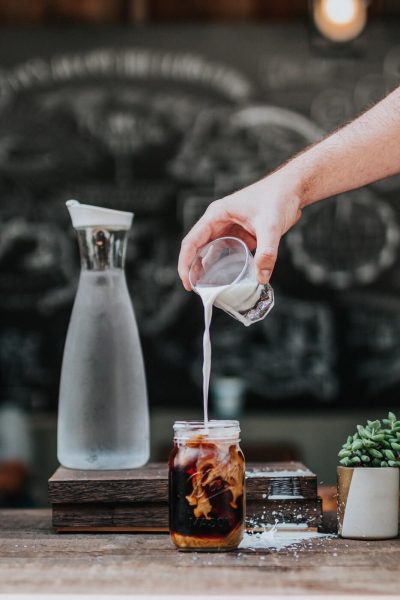 It’s not just the dairy industry lending its voice to the FDA about labeling affairs. The Plant-Based Food Association (PBFA), an organization that promotes the plant-based food industry by removing obstacles to a fair and competitive marketplace, issued its own letter to the FDA in response to the Dairy Pride Act in February 2017. “Our members are proud to offer a wide array of innovative and sustainable food options that consumers are seeking out for many reasons,” said executive director Michele Simon. “We reject these attacks by the dairy industry and look forward to a more constructive conversation that ensures consumers are able to access the delicious plant-based options they desire.”

Leading plant-based food advocates and organizations such as the Soyfoods Association of America, Blue Diamond, The Good Food Institute, Campbell’s Soup Company, and others later joined PBFA in opposing the Dairy Pride Act.