It’s a bad summer for plastic straws, and a good one for the oceans.

In August, London Grill scrapped their use of plastic straws. According to Terry Berch McNally, it was seeing the infamous video of a sea turtle having a straw removed from its nose that prompted this decision. Right there and then, she decided she had to stop offering plastic straws at her Fairmount haven.

She shared on Instagram, “[g]etting rid of all plastic straws in the restaurant. It’s a big change. I can’t live with the environmental impact of them. Everyone is on board.”

The negative impact of straws is gross: 500 million disposable straws are used daily – enough straws to fill 127 school busses, and it is estimated that worldwide about 100,000 marine animals unintentionally consume plastic every single year. Studies have found that 71% of seabirds and 30% of turtles ingest plastic and this greatly increases an animal’s mortality rate.

And for most people, in most cases, using a straw is utterly unnecessary.

So, in London Grill, drinks are now served strawless, only being given out upon request, and this is part of a growing cohort of Philly restaurants doing the same thing. 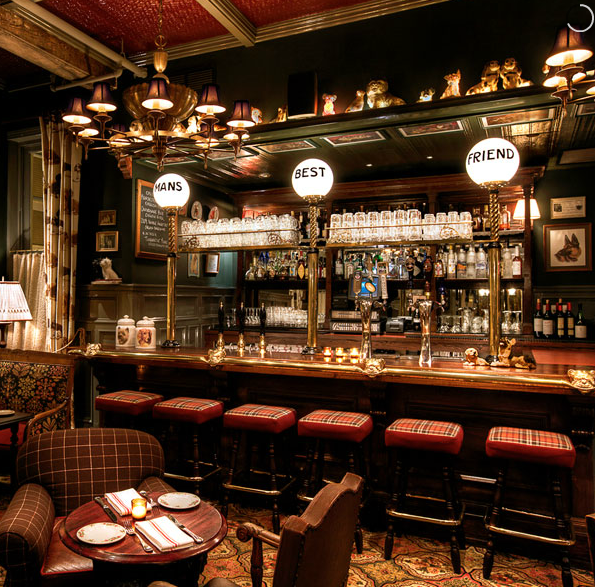 Franklin Fountain in Old City has been stocking paper straws for years, as has the Tasting Room at Philadelphia Brewing Co. East Passyunk’s P’unk Burger uses biodegradable straws, as does Doobies Bar in Rittenhouse and Peddler Coffee by Logan Square. Martha in Kensington continues to stock plastic straws, but only puts them in drinks when customers specifically ask.

“It’s a small change, but that’s how you make an impact,” said William Reed, who is in the process of getting rid of regular straws at both Johnny Brenda’s and Standard Tap. “Lots of tiny decisions add up to something big when more and more people adopt them.”

So if you’re looking to get a drink at a bar that doesn’t completely suck, get yourself to a Philly Bar!