What began as an extremely niche business concept has now transformed into an international foodservice trend. Vegan butchers are becoming more commonplace, particularly in the US and UK; however, Poland now has a plant-based butcher of its own. The Meatless Meat Shop, the first of its kind in Poland, has officially launched and has announced plans for expansion.

The company was co-founded by Rafal Czech and Igor Sadurski, catering not to the vegan crowd, but to everyone – including omnivores. A successful crowdfunding campaign helped the duo launch their online store, making their meatless meats available for individual purchases and retail wholesale. Like many popular plant-based meat alternatives, these products rely on wheat protein to mimic meat’s texture. As the name implies, this ingredient also contributes a good amount of protein, though it ranges from product to product.

Although new, the Meatless Meat range is extensive. Options include juniper sausage, frankfurters, gyros, pepperoni, bacon, roast, burgers, and kebab pieces, among other variations. The meats are shipped to customers’ homes on a set delivery schedule. The founders encourage consumers to “fry, bake, grill, and eat them straight from the pack!” 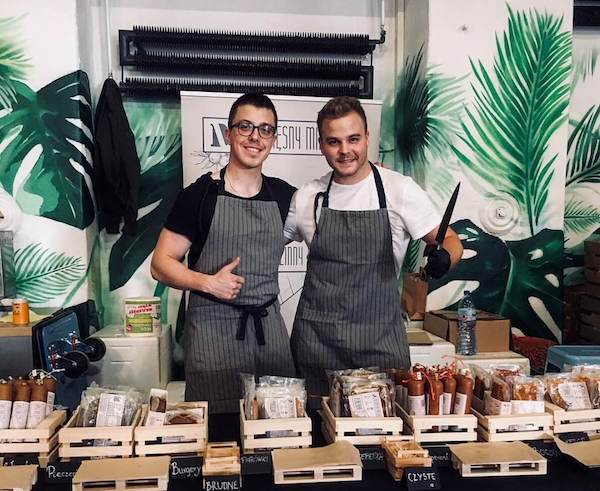 To inspire potential customers, several recipes are available on the company’s website. Roast in Plums With Thyme, Tomato Ragu With Pepperoni, and Bulgur Salad With Juniper Sausage are just a few of the delicious suggestions.

Beyond Poland, vegan entrepreneurs are also finding a market for high-quality plant-based butchers. In Ireland, the four-year-old vegan meat and cheese company Moodley Manor has evolved from a small online store, to a food truck, to a prominent restaurant wholesale business. Its meat-like products have become so popular, it is now expanding into select locations in Europe. Further, the company recently announced that it is opening its own vegan eatery, Beast Eatery, in Dublin later this year.

In North America, The Very Good Butchers in Canada and The Herbivorous Butcher in the US have paved the way for others to follow suit. With the rising popularity of plant-based butchers, meatless meat isn’t so much an oxymoron as it is an accepted (and delicious) part of food culture.