(Updated January 2, 2020) | Meat is a political issue. And these plant-based politicians are refusing to eat meat for a number of reasons. Some are doing it for the climate, as animal agriculture is a leading source of greenhouse gas emissions. Others are doing it for health reasons — there’s no time for illness when in office. And others are in it for the animals — compassion extending beyond their human constituents. But for most, it’s a combination of reasons.

The Politics of Meat

Recent research by supermarket chain Sainsbury’s suggests that 9 out of 10 Brits now identify as flexitarian. Flexitarianism is a term for those who follow a mostly plant-based diet but still occasionally eat meat.

FoodNavigator reported earlier this year that flexitarians will make up half the British population by 2025. It’s expected that up to a quarter of Brits will also be vegan or vegetarian by then. However, it is notably flexitarian consumers who are driving the production of plant-based alternatives and reducing demand for meat.

According to the New Zealand red meat sector representative Jeff Grant, Europe’s meat consumption has dropped by 20 percent in the space of two to three months.

Market intelligence company Numerator says that up to 80 percent of Americans have also said they would like to swap meat for vegan food. Out of 450,000 shoppers, 80 percent intend to replace some or all meat with plant-based alternatives.

Personal health is one reason why many people are moving away from meat and towards vegan food. The Physicians Committee for Responsible Medicine (PCRM) advocates a plant-based diet as both prevention and treatment for many health conditions.

According to PCRM, red and processed meats have been linked specifically to colorectal cancer. The organization also says that certain animal products can raise your risk of heart disease and diabetes.

Animal welfare is another popular reason for cutting down on animal products. In 2018 concern for animals was the number one reason for meat-eaters participation in Veganuary. Recent exposes have revealed severe animal cruelty and neglect at several farms, factories, and slaughterhouses.

Climate change is a frequently cited reason for reducing meat consumption. Twelve percent of people that took part in Veganuary 2019 named the environment as their number one reason for participating.

In September 2018, the United Nations Environment Programme (UNEP) named meat “the world’s most urgent problem.” UNEP added: “Our use of animals as a food-production technology has brought us to the verge of catastrophe.”

Livestock is responsible for around 18 percent of all human-caused greenhouse gas emissions. In contrast, growing plants use much less land and water, and produce much fewer carbon emissions.

According to a comprehensive analysis of farming’s impact on the planet, plant-based food is “the single biggest way to reduce your impact on planet Earth.” The study, which was first published in the journal Science, analyzed the impact of various food industries on the planet.

According to the study, “Moving from current diets to a diet that excludes animal products” can have “transformative potential, reducing food’s land use by 3.1 (2.8 to 3.3) billion ha.”

The Intergovernmental Panel on Climate Change (IPCC) released a report in August stating that a meat-based diet has a larger negative impact on the environment than consuming plant-based foods.

While the IPCC does not explicitly recommend specific dietary choices, the organization shared a post on Twitter, saying: “what we’ve pointed out on the basis of the scientific evidence is that there are certain diets that have a lower carbon footprint.”

Also in August, Melbourne’s Moreland City Council announced it would be participating in meat-free Mondays. The decision was made for environmental reasons and is part of local, national, and international efforts to counter climate change.

In October, fourteen of the world’s biggest cities committed to reducing the amount of meat served in public buildings. Signatories of the “C40 Good Food Cities Declaration” have committed to promoting the “Planetary Health Diet.”

The C40 Good Food Cities Declaration specifically references the importance of promoting plant-based food for its nutrition and sustainability. Adopting the “Planetary Health Diet” could potentially save around 11 million lives each year and reduce food-related emissions by 60 percent.

Many individual politicians are advocating for a plant-based diet because of its potential for positive change. Whether for health, animal welfare, or environmental reasons, these 13 politicians all believe in plant-forward, veggie, or vegan living.

13 Politicians Who Refuse to Eat Meat 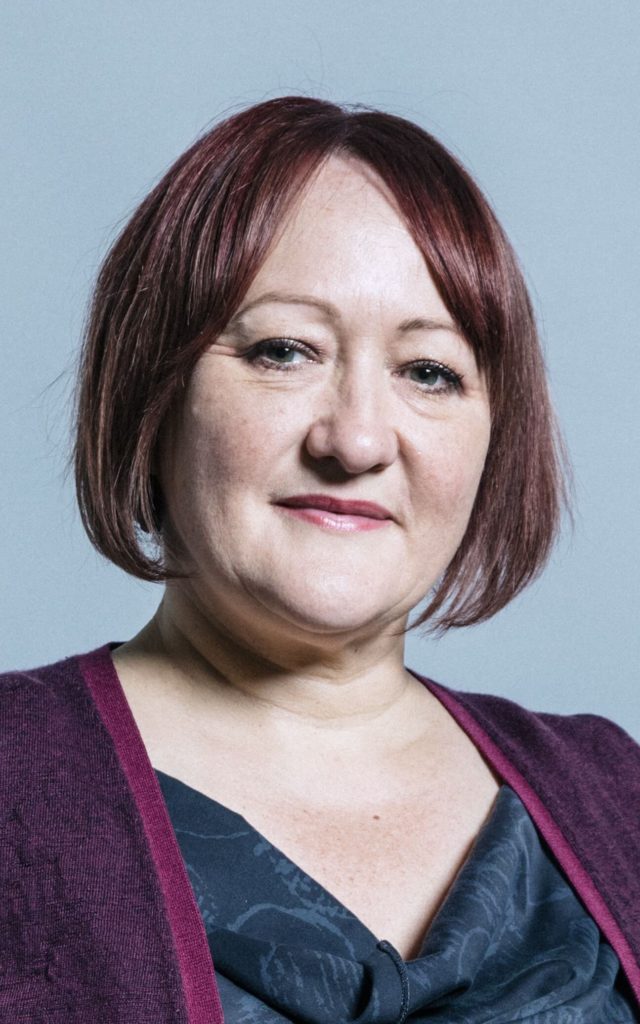 Kerry McCarthy has been a Labour MP in Bristol East since 2005. She turned vegetarian when she was just 16 and became an ethical vegan a little more than 10 years later.

On World Vegan Day 2011, McCarthy became the first MP to debate veganism in Parliament. She has said that, to her, not eating animals is an entirely rational and logical decision. 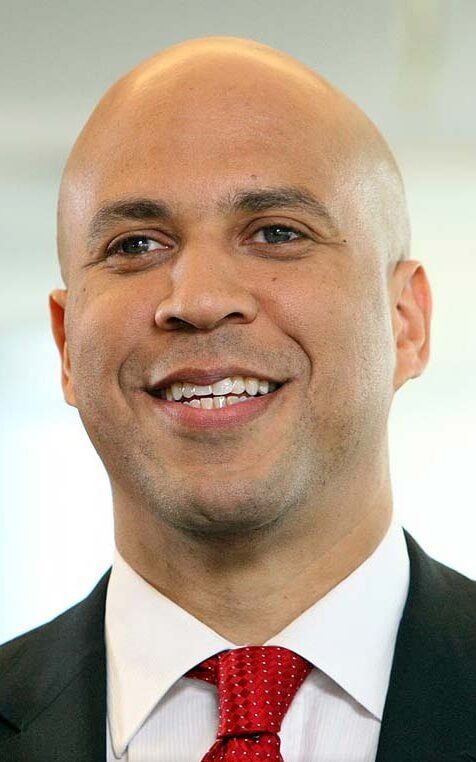 Democratic Senator (D-NJ) and presidential candidate hopeful Cory Booker is a vegan. He has been vegetarian since 1992 and a vegan since 2014. Earlier this year, Booker revealed an ambitious animal welfare plan including the banning of all cosmetic animal testing.

The politician advocates for a plant-based, cruelty-free diet and often talks about his favorite vegan foods. 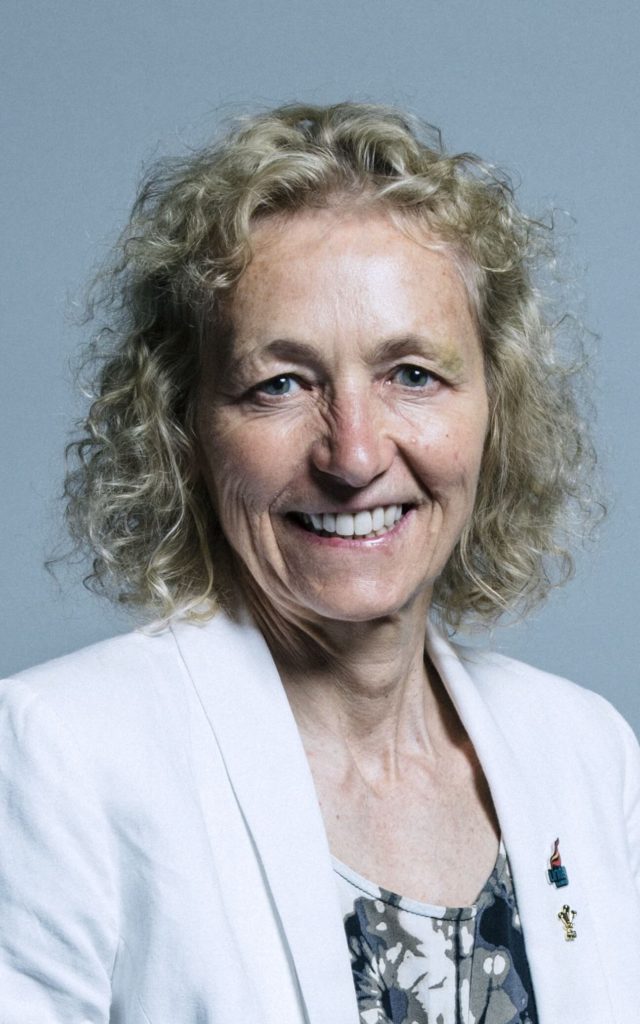 Christina Reesa is a British Labour and Co-operative Party politician. She has served as an MP for Neath in Wales since 2015 and follows a vegan diet.

In 2018, Rees visited a local care-home for vegan afternoon tea and to celebrate a new scheme for veggie and vegan residents. 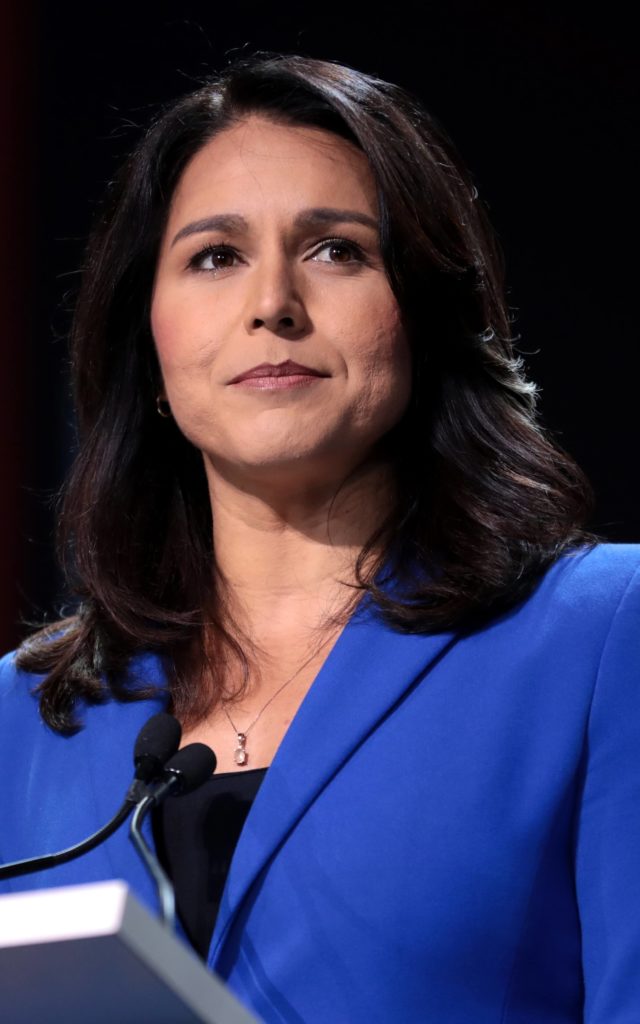 Congresswoman Tulsi Gabbard is the U.S. Representative for Hawaii’s second congressional district. She is also a major in the Hawaii Army National Guard and a lifelong vegetarian. She adopted a vegan diet several years ago.

Gabbard is the first practicing Hindu member of Congress and the first Samoan-American to represent a state in Congress. 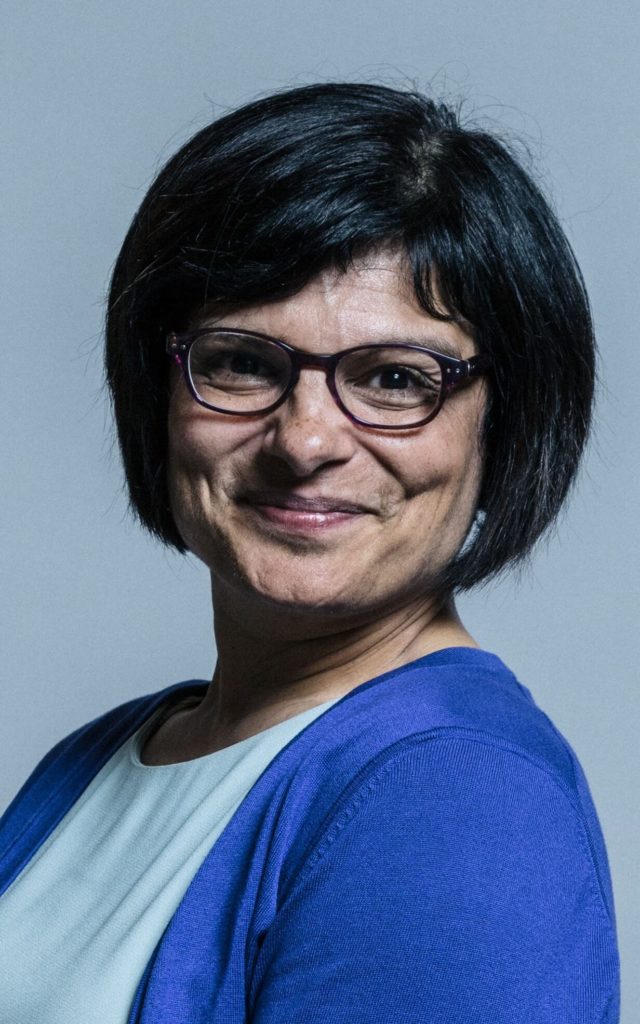 Labour MP Thangam Debbonaire has been fully vegan since attending Bristol VegFest in 2017. Debbonaire then spoke at VegFest the following year, along with fellow Labour MP McCarthy.

Debbonaire is an environmental advocate and a classically trained cellist. Before and after becoming an MP Debbonaire has worked hard to end domestic violence internationally. She has co-authored two books and several papers about this subject. 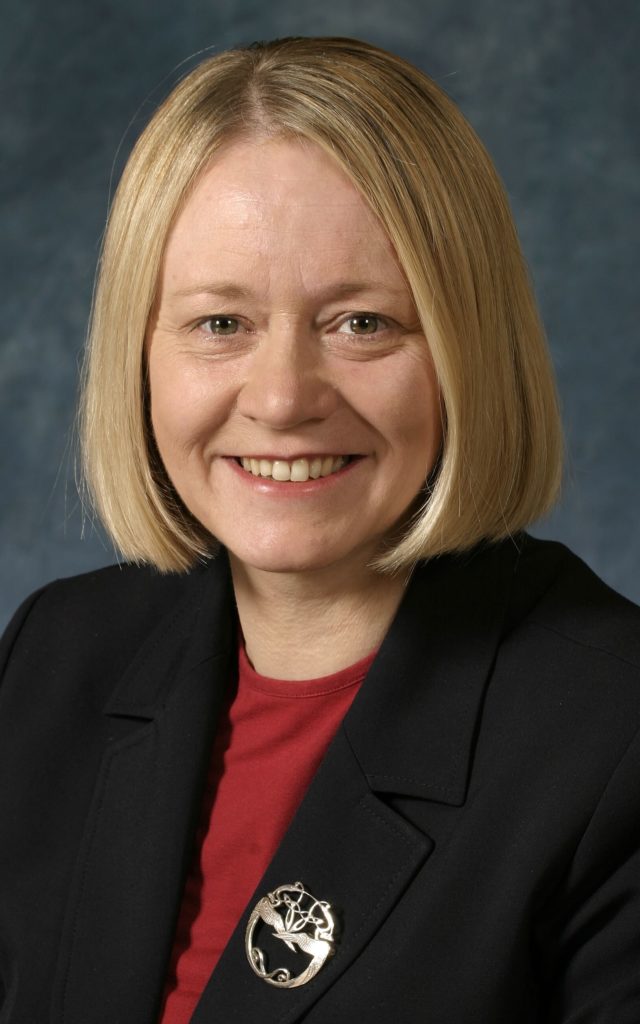 Cathy Jamieson is a Scottish Labour and Co-operative Party MP. She has been vegan since 1996 and is an active opponent of the Trident nuclear weapons system.

Jamieson is secretary of the Westminster Parliamentary CND (Campaign for Nuclear Disarmament) Group and is the CEO of a residential child care company. 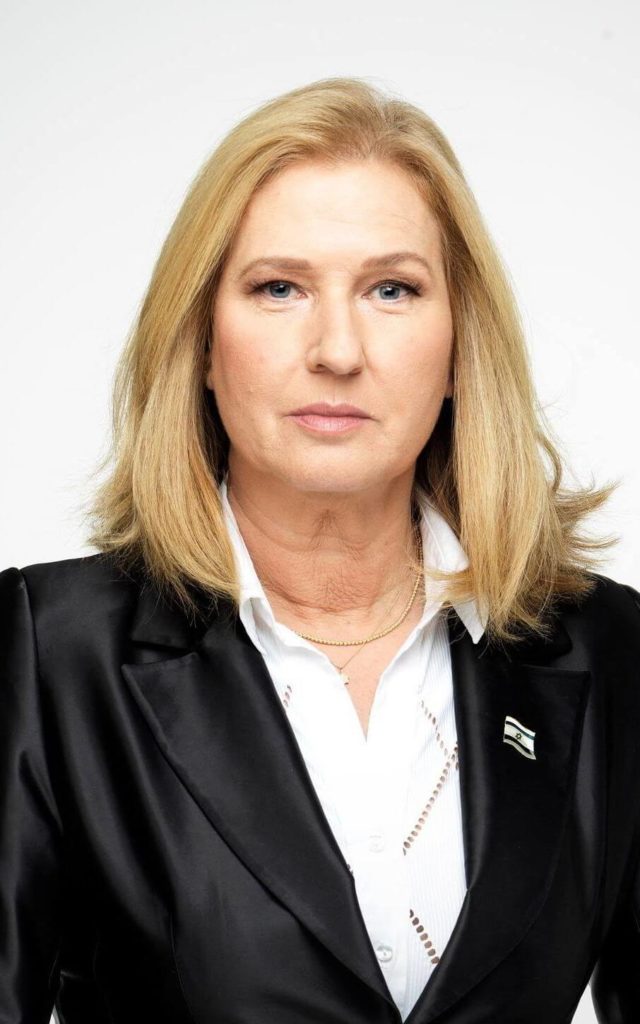 Tziporah Livni is an Israeli politician and the former Foreign Minister. She has been a vegetarian since she was 12 years old and is known for her work to resolve the Israeli-Palestinian conflict.

Livni has also served as Vice Prime Minister, Minister of Justice, and Leader of the Opposition. 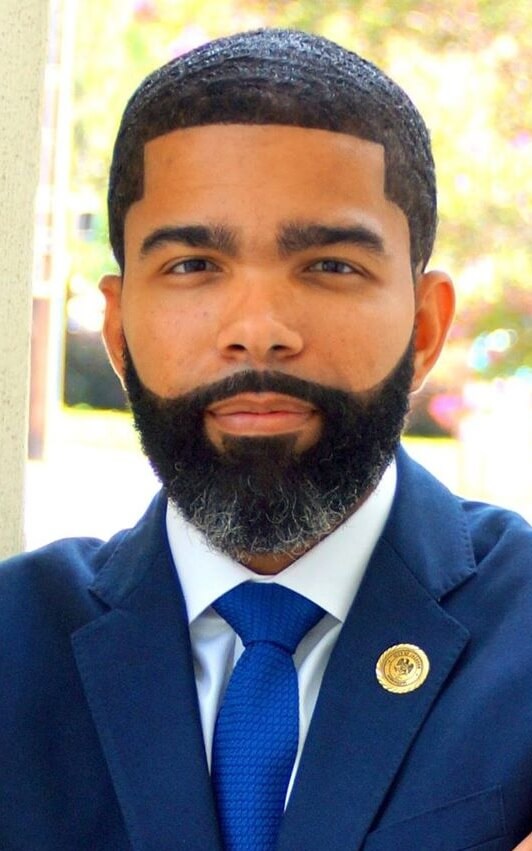 Chokwe Antar Lumumba is the current Mayor of Jackson, Mississippi. He is also an attorney and social activist. Lumumba has marched for labor rights and, as mayor, facilitates local people’s involvement in the running of their city.

Lumumba first went vegan in response to a challenge from prominent vegan advocate Pamela Anderson. He chose to try a plant-based diet in order to highlight health issues associated with meat and dairy and to encourage his constituents to do the same. 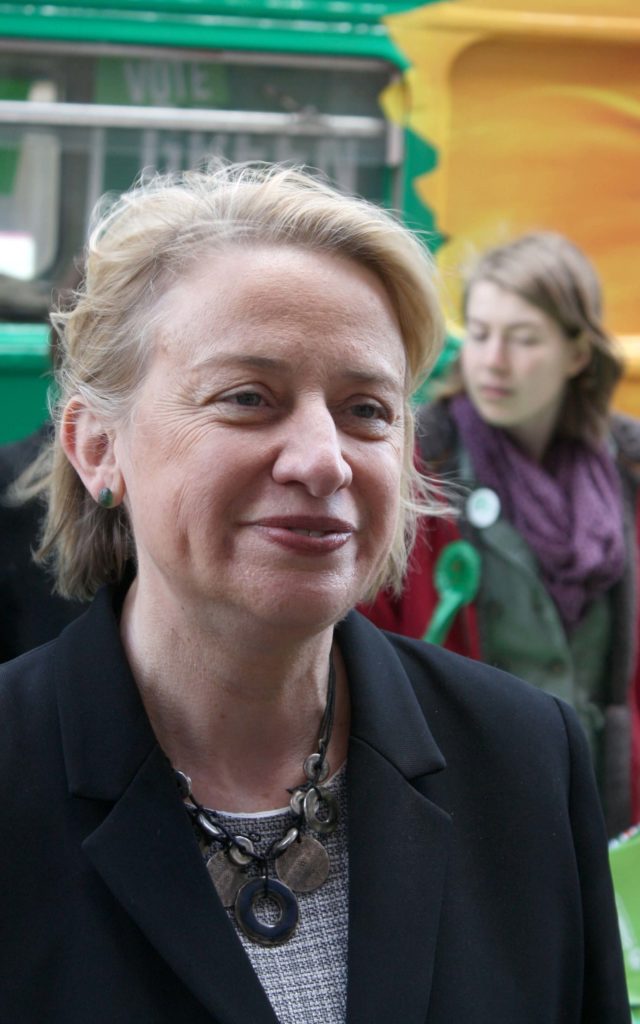 British politician Natalie Bennett is the former leader of the Green Party and has been vegetarian since 2009. She has said she went veggie for health and environmental reasons and has subsequently Tweeted about veganism and food.

Bennett has said she is a lifelong feminist and has been a trustee of the Fawcett Society. 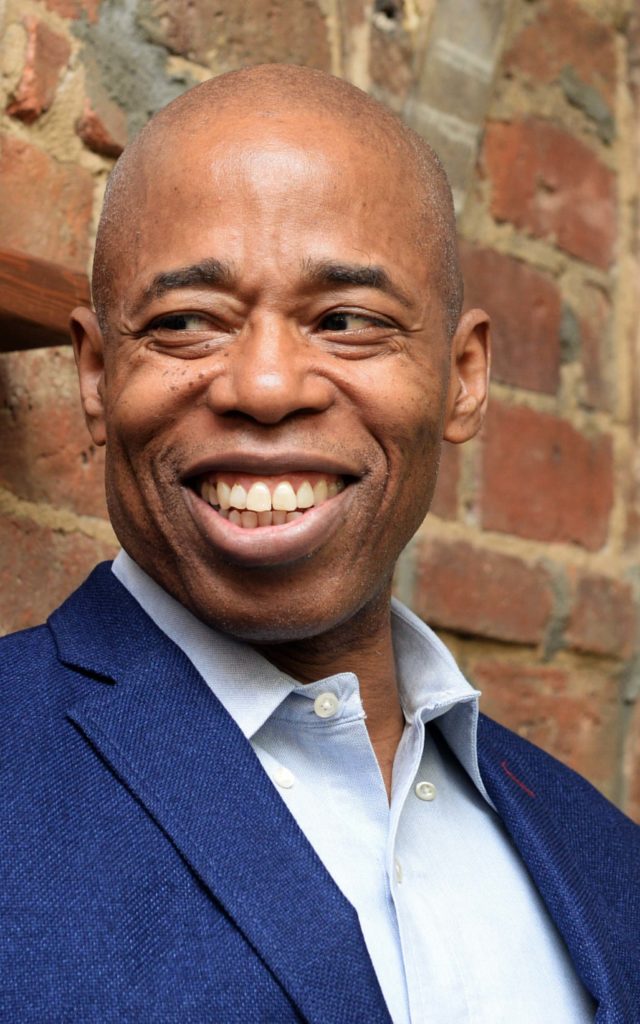 Democratic state senator and Brooklyn Borough President Eric Adams is a vegan advocate. In 2016, Adams was diagnosed with type two diabetes and decided to adopt a plant-based, whole-foods diet.

Adams says that his vegan diet — and healthy exercise — helped him lose weight and even reverse his diagnoses. Since then, he has encouraged his community to trial a vegan diet with the “Jumpstart Your Health 10 Day Brooklyn Challenge.” 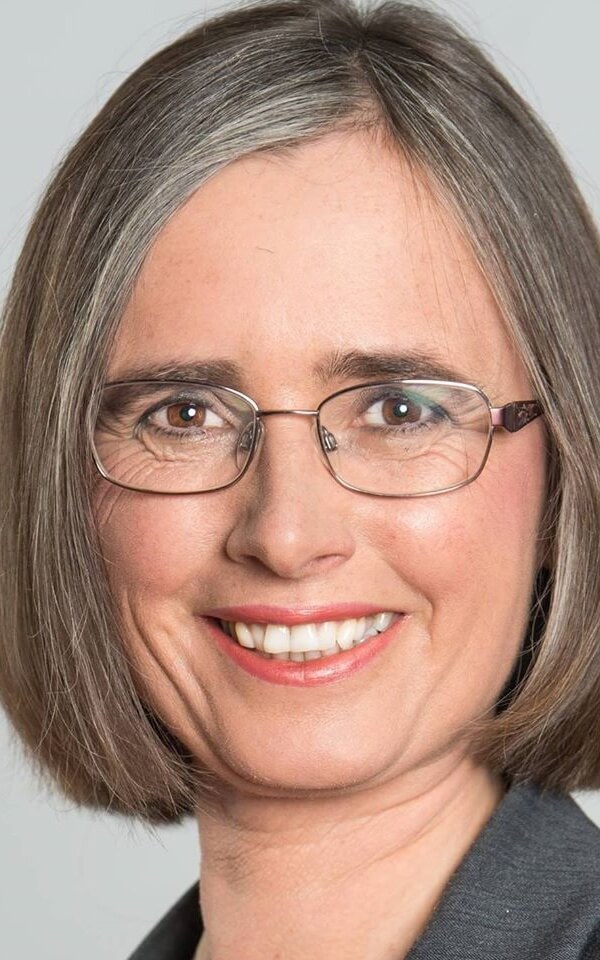 Mojo Mathers is a politician and former member of the New Zealand House of Representatives. She has been a senior policy advisor for the Green Party since 2006 and is vegetarian for environmental reasons.

Mathers was the country’s first deaf member of parliament and has been appointed a Member of the New Zealand Order of Merit. 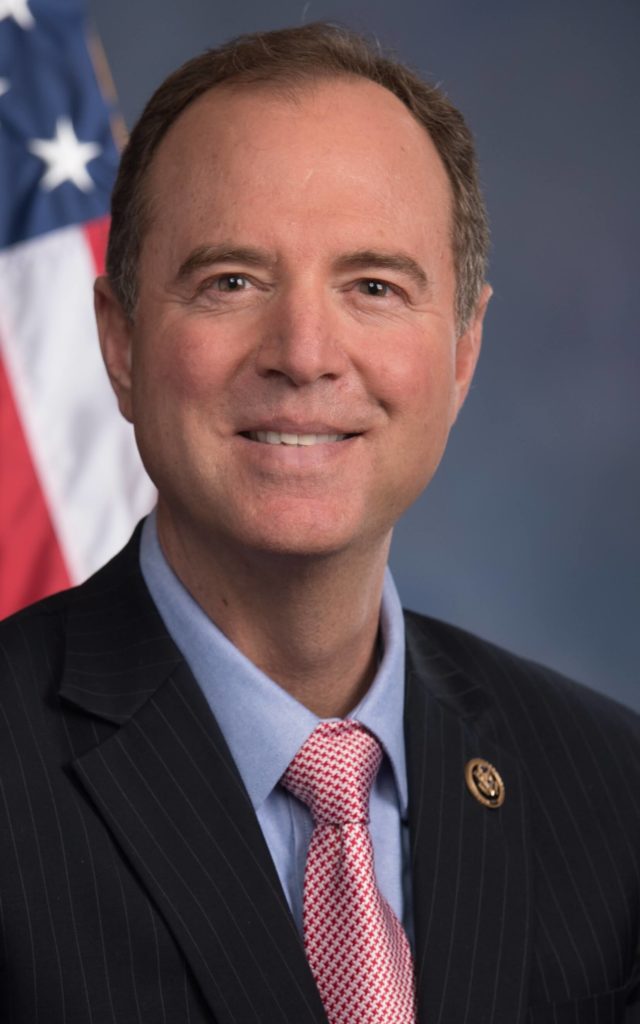 Adam Schiff is an American politician and has served as the U.S. Representative for California’s 28th congressional district since 2013. Schiff is a member of the Democratic party and a vegan. He has also participated in endurance challenges such as marathons and triathlons, and in 2014 completed the AIDS/LifeCycle charity bike ride.

Schiff is currently in his 10th term as a congressman and as chair of the Intelligence Committee, he is a lead investigator in the ongoing Donald Trump impeachment inquiry. 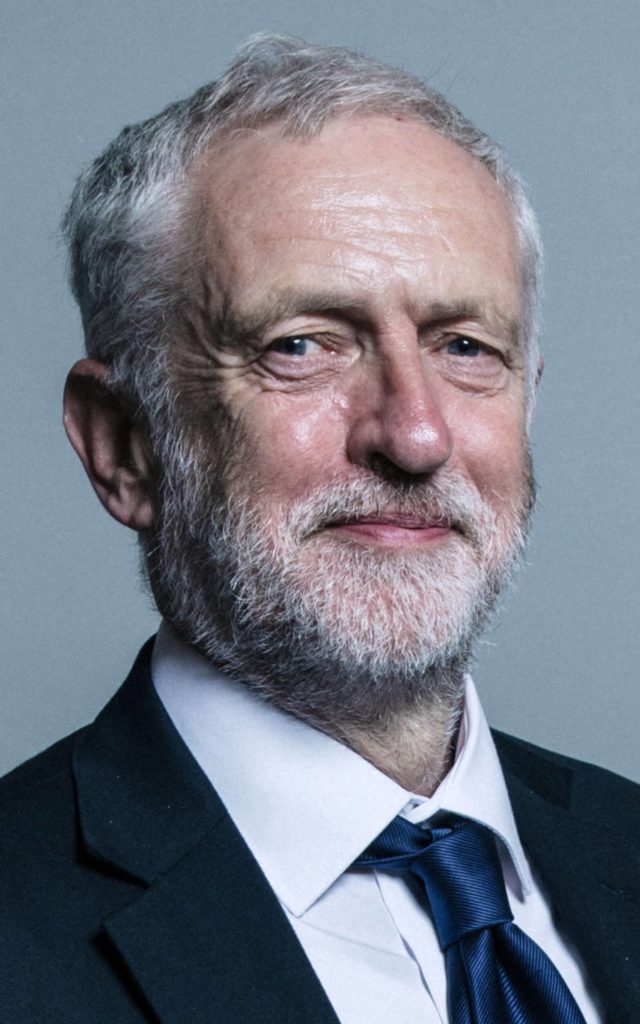 Jeremy Corbyn is a British politician has served as the Labour Party leader since 2015. He has been a vegetarian since the age of 20. Corbyn has publicly opposed vivisection, fur farming, blood sports, and the ongoing badger cull.

Corbyn is known for his popularity with younger voters and his long history of activism. He has taken an active role in opposing fascism and apartheid, as well as campaigning for nuclear disarmament.