“TURN IT UP!!!!!!! Excuse all the caps, but we didn’t want you to miss out on the music because we spent an insane amount of money on it so that you would watch the video and think that the video was way cooler than if the video didn’t have any music on it that cost an insane amount of money,” captioned Oatly in joviality. “So, for the sake of playing along and making us happy, TURN IT UP!!!!!!!”

The video features Vanilla Ice and DJ Earthquake’s iconic hip-hop track “Ice Ice Baby” and sees the new ice cream products circled in clouds of dry ice. According to Oatly, a UK launch date has not been set, “We are always working to develop new and exciting oat-based products, however, we won’t be launching any ice creams into the U.K. market this month”.

The brand already offers three classic plant-based ice creams at various retailers — Vanilla, Chocolate, and Strawberry. Regarding these products, the company commented, “Everything that goes into our products are specifically chosen with extreme care and are vegetable based.” 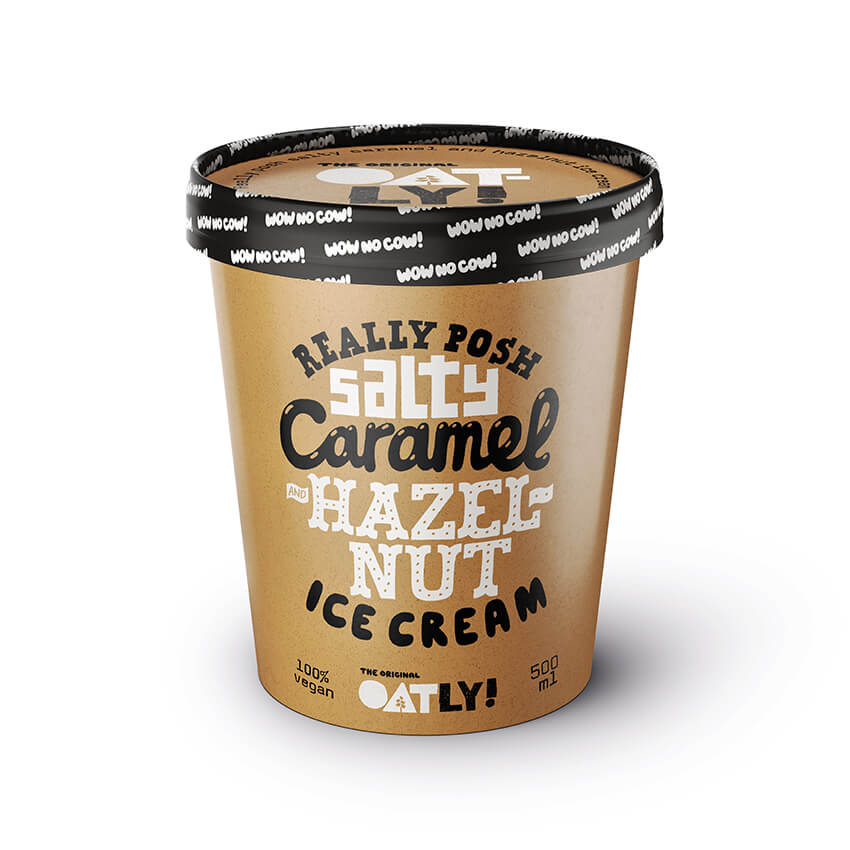 The oat-centric brand is dominating the oat milk market across the globe. Last month, financial magazine Bloomberg reported Oatly is increasing its manufacturing in an attempt to meet growing demand. Oatly hopes to boost output by 50 percent in the next few months. A growing preference for plant-based milk over cow’s milk appears to be driving the changes. In fact, poll data from January found that almost a third of the UK population aims to give up cow’s milk in 2018. This figure is echoed by US survey data that revealed half of dairy-buying consumers also purchase plant-based dairy-style products.