The food scene in Las Vegas is typically ascribed to mile-long seafood buffets and steakhouses; it’s overindulgent fare to fit the high-rolling, all in, live-it-up mindset of the city’s entertainment industry. This food isn’t going anywhere, but within the past year, a new wave of vegan and vegetarian eateries have taken root. POTS, a vegan-friendly restaurant specializing in authentic Egyptian street food, is one of these new businesses that are adding a bit more color (and veggies) to Sin City’s food reputation.

POTS opened in February of this year, joining the ranks of the growing number of plant-based establishments and becoming the first Egyptian restaurant in Las Vegas. Its founder and chef, Iman Haggag, was born and raised in Egypt, and moved to the States in 2006. Immediately, she taught herself how to cook. “It was a survival technique,” she said. She couldn’t stand fast-food and Egyptian cuisine was the only thing she knew. “I started experimenting with spices, and I became a foodie,” she recalled. 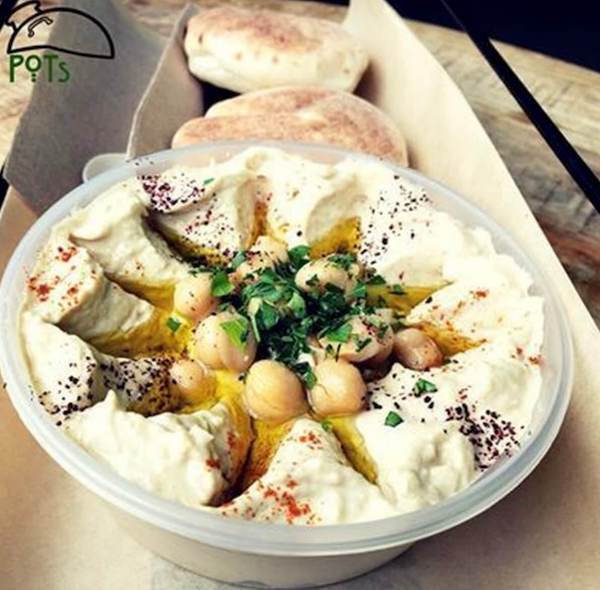 Haggag explained that unlike some street food, Egyptian cuisine is traditionally healthy and produce-heavy. She said, “In Egyptian culture we don’t do restaurants like here. We do healthy homemade meals. That’s what I grew up on.” She continued to explain her culture’s street food, “It’s fast, vegan originally, fulfilling, mostly comfort food like rice, beans, vegetables, and bread. It makes you feel happy.”

When asked what her favorite dish was, she immediately pointed to the Koshari. It’s a full meal made with rice, lentils, elbow pasta, tomato sauce, and caramelized onions. “When you put all those layers together it makes it a different experience like nothing you’ve had before. Everybody likes it. Add a little salad on the side and you’re good to go for the whole day,” she claimed. 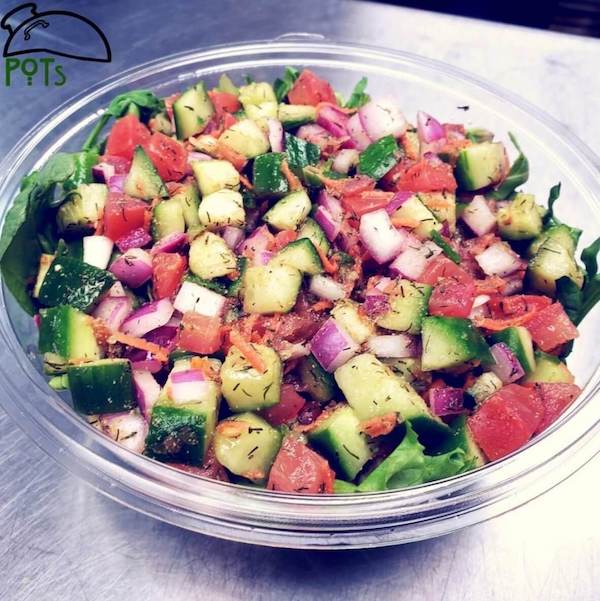 POTs has received a warm welcome in the land of endless buffets. The opening was covered by Las Vegas Weekly, which drew a crowd of omnivores as well as vegans. “We were showered from day one with a lot of love and a lot of accepting,” said Haggag. “To see this reaction from the people here in Vegas was phenomenal. People took the time to review us on Yelp…we got 5-star reviews. Made me feel like I was doing something right.”

Haggag mentioned that the vegans of Las Vegas came out in full support, but she was pleasantly surprised by the omnivores who came – and continue – to frequent her restaurant. She believes people are “coming for the authenticity and to try a new cuisine.” She said people will tell her that they had a steak the other night, but they still enjoy a night of healthy vegan food, when done right. Haggag sets the bar high not only with her food, but with her friendly staff, fun environment, and welcoming “vibe.”