High street veggie-heaven Pret has announced three new vegan dishes that will be added to the menu as of January 4th.

Pret had a very successful 2017 with meat-free options, the chain was able to open its third fully vegetarian location in London, and even reported that the eight top-selling products were all vegan.

One of the upcoming vegan offerings is part of the new Tip-Top Hot Pot range which has received some criticism from environmentalists due to the use of plastic. Each pot comes with a separate side pot of spinach, lemon and toasted seeds for that extra kick of healthy fats, greens, and flavour. The vegan option is a Cauli & Sweet Potato Dhal, which is sure to warm up cold winter bellies whilst also being a healthier lunch time option. 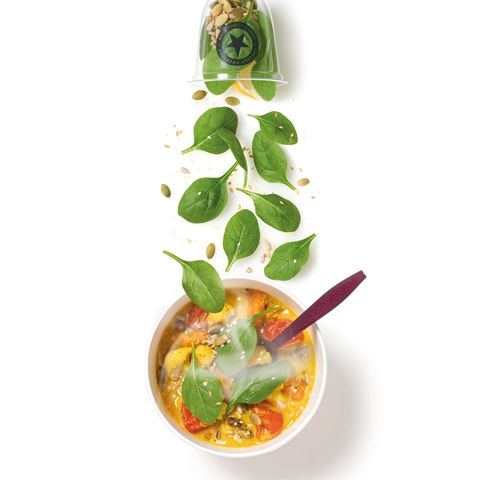 You will also be able to grab a new vegan snack of chopped apple and almond butter, as well as a flatbread with falafel, avocado and chipotle.

According to the Metro, these options will be available until 5th March.

It’s likely those who are partaking in Veganuary will be flocking to Pret this month thanks to its reputation of having a wide variety of vegan options available, and conveniently labelling everything so consumers don’t have to check the back of packets to determine whether a product is suitable for vegans.

Looking to try Veganuary yourself? You can sign up here.