Prince Harry has been put on a strict diet and exercise regimen similar to fiancé Meghan Markle’s diet in order to lose weight for the upcoming Royal Wedding.

An anonymous source told The Daily Mail that not only has the 33-year-old prince joined a £575-a-month gym, he has also drastically changed his diet. Similar to Markle, the Prince’s wedding diet is centered around whole, plant-based foods like kale, quinoa, juices, and fresh fruit smoothies. Carbs and reportedly, meat, are off the menu for now.

”Meghan has completely changed Harry’s diet. She’s got him juicing and he has lost at least half a stone, which is a lot for someone as skinny as he is,” the source said.

“They have bought a top-of-the-range juicer and she has him on fruit and veg smoothies. She’s also weaning him off meat,” the source continued.

The change to the Prince Harry’s diet comes as a surprise to many who know him to love food like Kentucky Fried Chicken, burgers, and carb-heavy foods. During a visit to Chicago last year, the prince revealed: “I don’t even eat pizza anymore.” 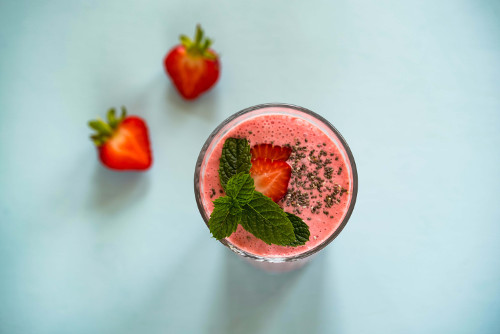 Markle previously opened up about her mostly plant-based diet. In an interview with Best Health, the California native said: “I try to eat vegan during the week and then have a little bit more flexibility with what I dig into on the weekends. But at the same time, it’s all about balance. Because I work out the way I do, I don’t ever want to feel deprived.”

On multiple occasions, Meghan Markle’s animal rights concerns have been highlighted by the press. According to her former commercial agent, Nelthorpe-Cowne, the princess-to-be “refuses” to promote fur and once had to leave a hotel that had a live, caged parrot on display as part of the decor. A “royal insider” let it slip that Markle’s opposition to hunting led to Harry keeping out of the traditional Boxing Day hunt. Additionally, the couple has asked the public for donations to non-profit causes instead of wedding gifts, two of which will benefit animals and the environment. In honor of the Royal Wedding, international vegan fast-casual chain By Chloe has partnered with meal delivery service Deliveroo to offer vegan poutine, a plant-based version of Markle’s favorite dish.