American multinational consumer goods corporation Procter & Gamble (P&G) has announced that it will cease the use of badger hair in brushes made for The Art of Shaving. The high-end retail chain, which is owned by P&G offers luxury men’s grooming products including brushes, razors, balms, and more.

CNBC reports that P&G will immediately stop buying badger hair and sell off all existing inventory featuring it at The Art of Shaving stores. The company is working to develop cruelty-free alternatives to animal hair.

An investigation by international animal rights organization PETA (People for the Ethical Treatment of Animals), which revealed how “protected” badgers in China are captured illegally in the wild using snares, then confined to small cages before being bludgeoned to death using “whatever object [is] handy.” The organization notes that being confined to small, cramped spaces and denying natural behaviors like foraging drives some badgers, who are social creatures by nature, to insanity.

“When PETA reached out to P&G about this report on the badger hair industry, we were very disturbed to learn of these terrible practices,” the company said in a statement. “While we have no evidence that any of our suppliers are engaging in these types of methods, we believe we can play a role in helping to stop such practices,”  the company said. 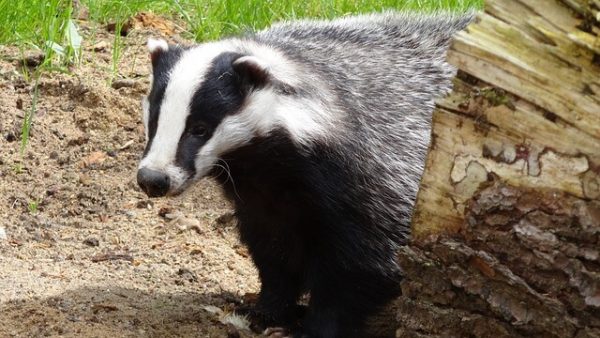 The investigation footage, which was released by PETA today was filmed inside several badger-hair farms located in Shijiazhuang, China between November 2017 and August 2018. After releasing the report, the organization reached out to P&G in order to urge them to adopt cruelty-free alternatives.

“If you buy animal-hair brushes, there’s no way to know who was killed for them,” wrote the organization.“Much of the badger hair used in brushes comes from China, where there are few animal-welfare regulations. Brushes may be manufactured there or in other countries.”

According to PETA Asia eyewitnesses, badgers are not the only victim of the cruel industry. “One eyewitness was told that factories employ workers who are paid as little as $4 for an eight-hour workday—far below even the local minimum wage, which is about $2.50 per hour, or $20 per day,” PETA noted.