In the video, Chefs Randy Feltis and Jason Parsons were blindfolded as they sampled three different meat options. Each option featured a vegan and non-vegan version, displayed to the audience by a V or M sign. The chefs were first fed a crab cake with chipotle mayo. Chef Feltis correctly identified his vegan crab cake, but Chef Parsons, who ate the meat version, also thought it was vegan.

In round two, the chefs ate Szechuan chicken. Although Parsons was fed the vegan version, he said, “Totally chicken” without hesitation. Feltis also guessed incorrectly, claiming that his chicken was vegan when it was actually animal-based.

The final round featured a chicken schnitzel on a plain white bun with condiments. Parsons correctly identified his vegan schnitzel, but again, Feltis, who ate the meat, thought his tasting was also vegan. 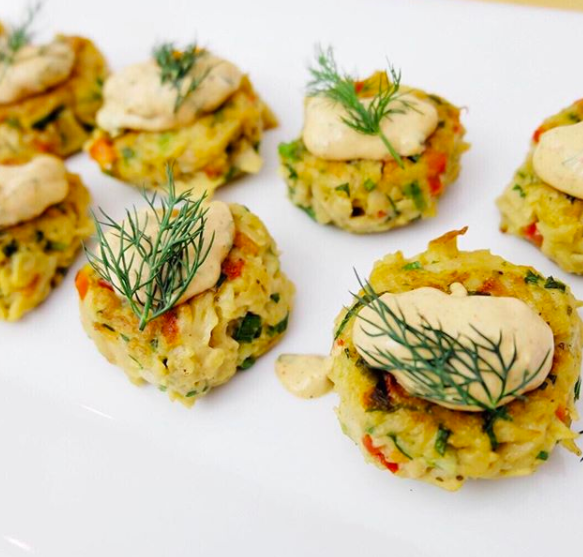 Both the chefs and hosts of the video were perplexed at the results. Although the chefs were able to identify a few of the vegan options, they seemed to be more confused when it came to the animal-based meat. The host concluded, “You can’t tell what is vegan these days. It’s incredible how far vegan food has come.”

That it has. From plant-based burgers that bleed to vegan cheese that melts, vegan options are no longer substandard alternatives. Due to the recent advancements by innovative entrepreneurs, plant-based products have started to gain the respect of omnivorous chefs and restaurateurs worldwide. Vegan burgers, such as the Impossible and Beyond Burgers, are popping up on menus everywhere, from high-end restaurants to fast-casual burger chains. International companies like Dominos, Pizza Hut, and Starbucks are also incorporating vegan products in select regions.

Vegan companies are creating products that do not make the consumer choose between ethics and taste, or comfort and health. When people do not have to make a sacrifice to enjoy the foods they love, they may consider the healthier, plant-based option, as evident by the rise in vegan food sales. In 2017 alone, the plant-based foods market reached $3.1 billion, an 8.1 percent increase from the previous year. With increasing consumer exposure and regular plant-based product launches, experts predict this trend to continue.