Nutrition Australia is calling upon the fresh produce industry to support its national campaign, ‘Try for 5’, aimed at increasing the amount of fruit and vegetables consumed daily by Australians to 5 serves. The campaign will be launched during National Nutrition Week, on the 15-21 October.

National Nutrition Week began more than 20 years ago to raise awareness of the role of food on our health, and it continues to support the community to enjoy healthy eating. It coincides with the United Nations’ World Food Day, which takes place on 16 October. 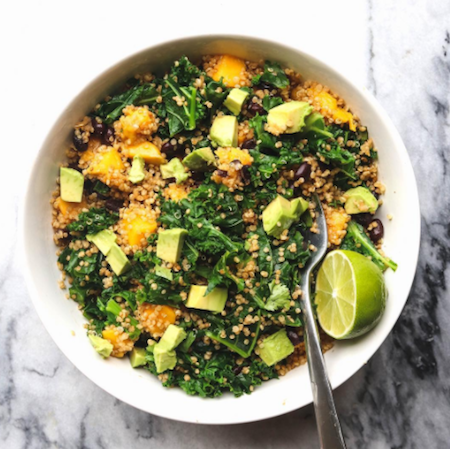 The non-government, non-profit, community-based organisation is looking to ramp up the “Try for 5” campaign by partnering with members of the fruit and vegetable industry including growers, wholesalers, retailers and associated fresh produce businesses. National Nutrition Week coordinator, Vikki Leng, said,

“We are working with campaign partners to conduct a range of co-promotional activities that engage consumers and inspire them to enjoy more vegetables more often.”

The campaign could not come sooner as the ‘Fruit, Vegetable and Diet Score’ Report released earlier this year found one in two Australian adults are not eating the recommended intake of fruit, while two out of three are not eating enough vegetables. Produced by the CSIRO and commissioned by Horticulture Innovation Australia, the Report’s key message was that most Australians are not as healthy as they think, and need to eat higher quantities and a greater variety of fruit and vegetables every day to meet the minimum Australian benchmark.

“Increasing the amount of fruit and vegetables we eat is one of the simplest ways Australians can improve their health and wellbeing today as well as combat the growing rates of obesity and lifestyle diseases such as heart disease, Type 2 diabetes and a third of all cancers,” Professor Noakes, CSIRO Research Director and co-author of the CSIRO Total Wellbeing Diets, explained.

Nutrition Australia figures further show the benefits of increasing your daily fruit and vegetable intake. They found by adding just one serve of vegetables a day you reduce your risk of cardiovascular disease by 4%, and for every 200g per day increase in vegetables consumed you decrease your risk of stroke by 11%.

The campaign begins in earnest on the 15th October but let’s get eating more fruit and veg now!