British actor, comedian, and writer Robert Llewellyn, best known for his portrayal of Kryten in sci-fi television show “Red Dwarf,” voiced his praise for the iconic Impossible Burger — a plant-based meat patty created by Impossible Foods. Llewellyn also posted online about veganism and its positive impact on the environment.

Following his involvement in “Red Dwarf”, which aired in 1988 and has since gained a cult following, the entertainer began presenting YouTube series Fully Charged. The online series explores energy use, including renewable energy, delving into electric cars, bikes, boats, and planes as well as the future of energy, according to its YouTube description. The “Fully Charged” channel has racked up more than 38 million views.

In a recent Tweet, Llewellyn shared an episode of Fully Charged that features the Impossible Burger. Llewellyn opens the segment by acknowledging the unorthodox nature of having food on his transport and energy-focused program. “Why would I be eating a burger on Fully Charged? Well, these are slightly different,” Llewellyn said. 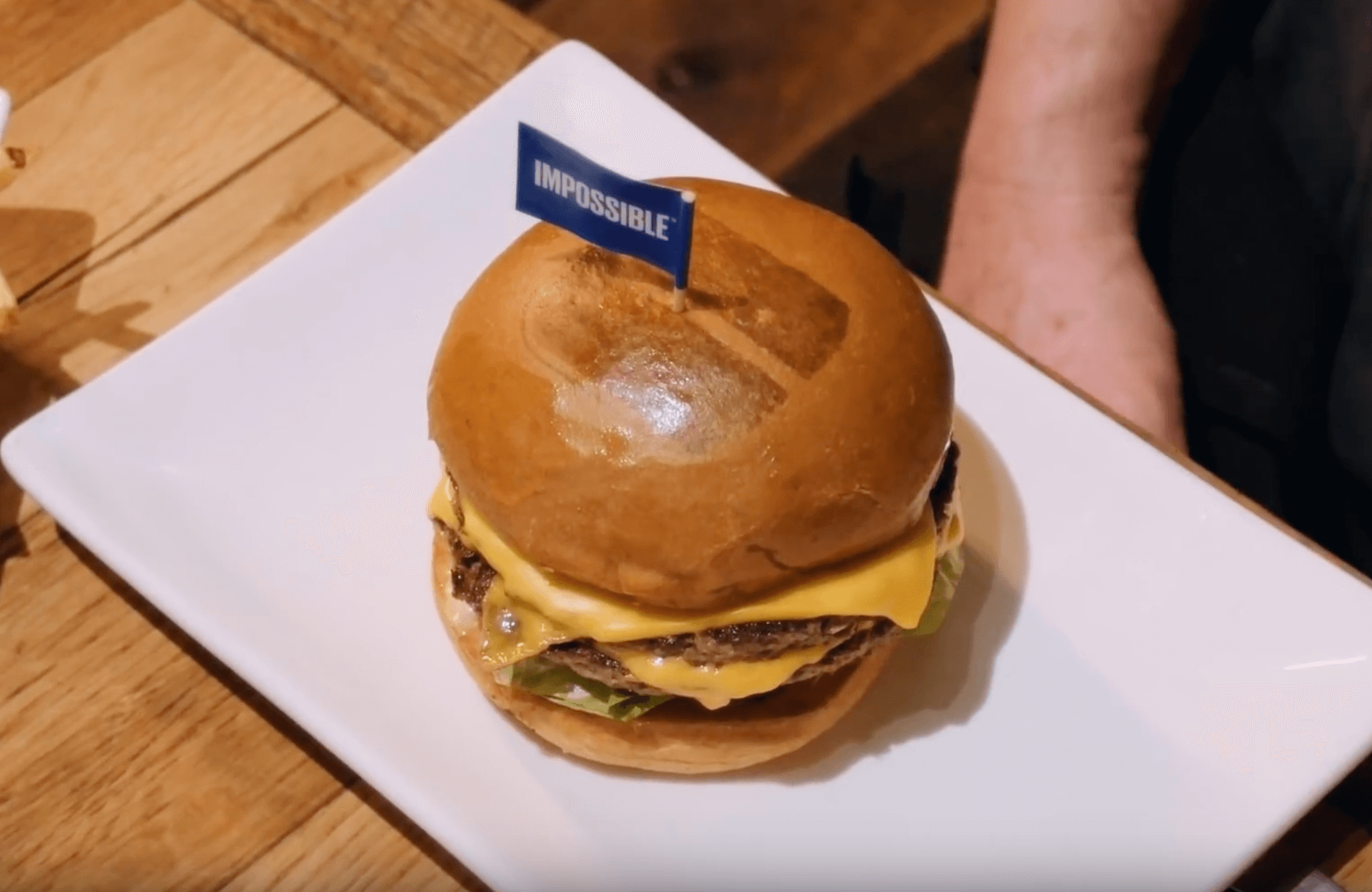 The Impossible burger, though completely plant-based, is said to look, cook, and taste like traditional beef. The product aims to offer an alternative to animal products that is healthier and less damaging to the environment. After taking a bite of the plant-based burger, Llewellyn confirmed, “It’s hard to believe it isn’t a [beef] burger. It really does taste like meat and it really does look like meat.”

The Fully Charged host outlined the impact of the Impossible Burger on the planet. “Here’s the really important thing about this food product. It needs 96 percent less land to manufacture this burger than you would a beef burger,” he stated. “That’s huge.”

“It needs 87 percent less water. Because that’s the thing we never think about,” he said, explaining the many steps involved to produce animal-derived foods. “If you look at the step-by-step process [of beef production], it’s barking mad, it’s unsustainable, it’s daft.”

“This uses way, way less of all those things and very importantly, 87 percent less greenhouse gasses are emitted as a result of manufacturing this,” Llewellyn continued, later naming the animal agriculture industry a “huge, huge problem.” 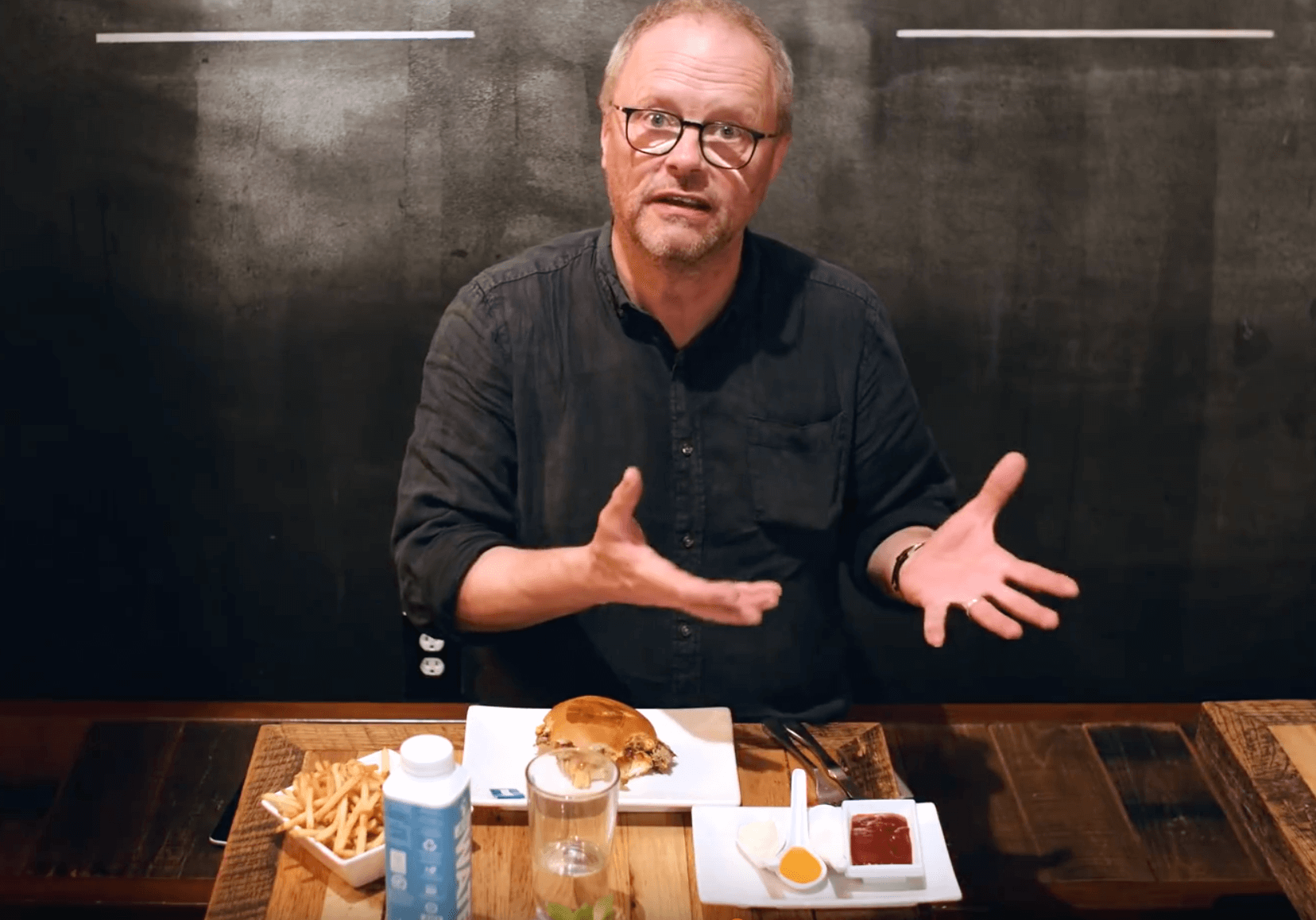 “I’m really supportive of what they’re trying to do,” he said of Impossible Foods’ mission to create a sustainable alternative to meat that delivers the same taste and experience as conventional beef. Speaking about the burger, he said, “I’m really impressed, I think it’s fantastic.” He added, “If  no one told you and you’re eating one of these, you wouldn’t think ‘what am I eating?’, you’d think ‘I’m eating a beef burger’.”

The Impossible Burger doesn’t lack in nutrients either, Llewellyn explained. The plant-based patty contains iron, calcium, thiamin, vitamin B12, and niacin, among others, as well as 20 grams of protein. Unlike beef derived from animals, it contains no cholesterol.

Llewellyn concluded the segment by comparing a beef burger to a petrol car that has an “enormous impact on the environment,” naming the Impossible Burger “the electric car of beef burgers.”

“I would eat another one happily,” he said.

The Impossible Burger isn’t Llewellyn’s first venture into meat-free eating. In January, he told a fan online that he is “about 50% vegetarian.” However, yesterday, Llewellyn retweeted a study uncovering that a vegan diet is the “single biggest way“ to reduce one’s impact on the planet. The actor captioned that the information is “very true,” suggesting he may be leaning more than ever towards a plant-based diet.