Red Hot Chili Peppers have an established relationship with Sea Shepherd, though this sort of social media support is rare. The band’s Instagram page is dedicated to images of tattoos, throwback photos of band members, and life on the road. This recent post will reach a new demographic, informing Red Hot Chili Pepper fans about the work of this vegan non-profit. In less than twenty-four hours, the post received just over eighty-six thousand likes and five hundred comments, many of which involved heart, thumbs-up, and clap emojis. 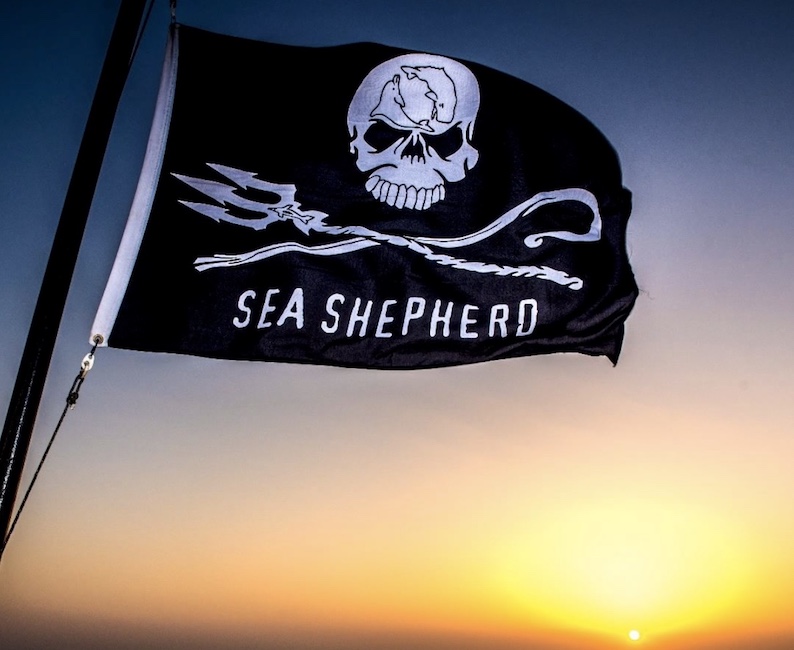 Sea Shepherd is an international non-profit dedicated to marine wildlife conservation. With chapters and state-of-the-art boats stationed around the world, the organization works to protect marine species by acting as anti-poaching stewards of the sea. In an interview with The Maritime Executive, founder Captain Paul Watson explained:

“We investigate, document and directly intervene against illegal activities that exploit marine wildlife. We work in partnerships with government agencies like Mexico, Ecuador, Gabon, Italy and Liberia within their territorial waters. In International waters, we intervene against illegal activities in accordance with the United Nations World Charter for Nature that allows for intervention by NGO’s to uphold international conservation law.”

Watson further commented that all Sea Shepherd vessels are vegan, “for conservation and environmental reasons – considering the ecological damage the meat and fishing industries are causing.”

To reach the masses, Sea Shepherd began its Artists for Sea Shepherd initiative. The initiative invites performers to utilize their art to demonstrate their support to fans. Red Hot Chili Peppers have been involved with this program for years. In 2013, the band promoted Sea Shepherd at Big Day Out, an Australian music festival. While the band performed, Sea Shepherd logos and images flashed on the big screens in front of ninety-thousand attendees.

With eighty-three thousand likes, this simple Instagram post has reached nearly the same amount of people, demonstrating the power of social media and artists’ influence.