Humpit, founded by Jonathan Phillips, won Richard Branson’s Virgin Start-up Foodpreneur Festival in 2015. It won for best street food — and Brits seem to concur as the outlet continues to expand.

“I realised that the hummus market in the UK supermarkets is worth £375 million, that’s how popular it is,” Phillips told the Press.

“I am not vegan and didn’t intend to set up a vegan brand, but realised afterwards that all our food is vegan and we also serve a gluten-free option.” 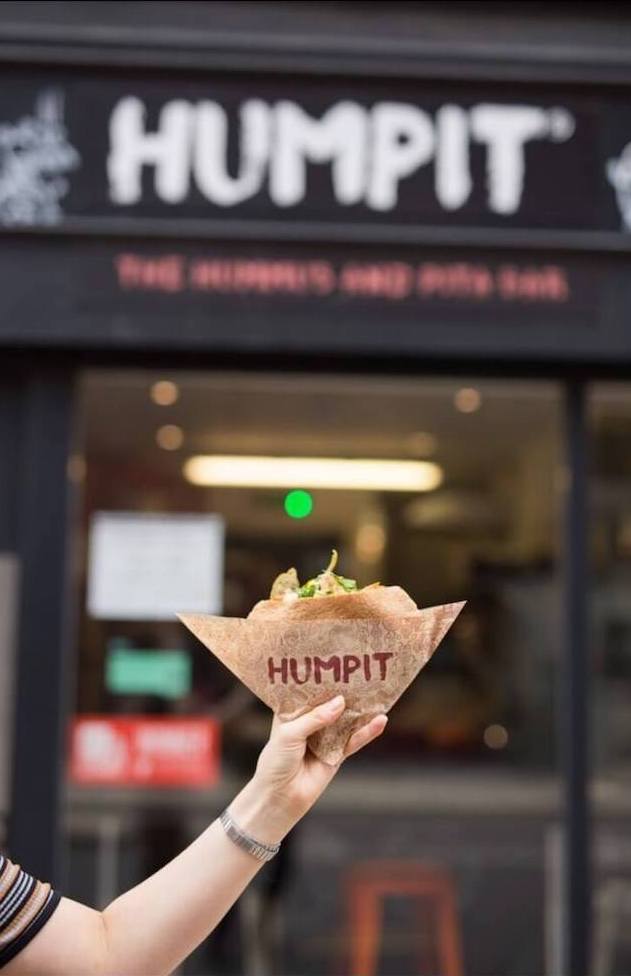 The first location launched inside the Corn Exchange in Leeds three-and-a-half years ago, when Phillips was just 23. The name Humpit has “rude connotations,” according to Phillips, which he says makes it more difficult for people to forget it. But while the name may catch them, it’s the food they come back for  — a minimalist menu of hummus and pita served with salad or falafel balls, parsley, paprika, and olive oil.

“It is a simple, but incredible combination, and we have attracted a huge following, which supports us on social media and Tripadvisor and the vegan community shouts about us,” Phillips said.

The company has received investments from Venturian Capital and will continue to expand across the UK.

“We have outlets in Sheffield and in Leeds University now,” Phillips says. “It has really taken off.”