Actress Rooney Mara, best known for her Academy Award nominations for performances in “Carol” and “The Girl With the Dragon Tattoo,” went vegan seven years ago. But as she recently told Vogue, finding ethically-made, vegan-friendly clothing and accessories since then hasn’t been easy. Being a forward-thinker, Mara and her friend Sara Schloat, delved into a new venture: becoming vegan fashion designers.

Hiraeth, is the new vegan fashion line launched by Mara and Schloat. The brand name is a word Mara says represents a missing connection to who and where clothes are made. Elegant and refined, this vegan company gives consumers an option to support the non-animal fashion industry, without compromising on style.

“I realized there aren’t many [faux leather] options available for someone like me who is interested in design and wants high-quality pieces,” Says Mara.

Animals aren’t the only victims of what can be fashion’s darker side. “In fast fashion, you can find faux leather boots that are really cheap, but while it’s cruelty-free in the animal sense, I didn’t necessarily know where those things were made, or if they were cruel toward humans,” Mara adds. “I didn’t want to compromise on either thing, and I wanted pieces that were made to last. So it really came out of my own need.” 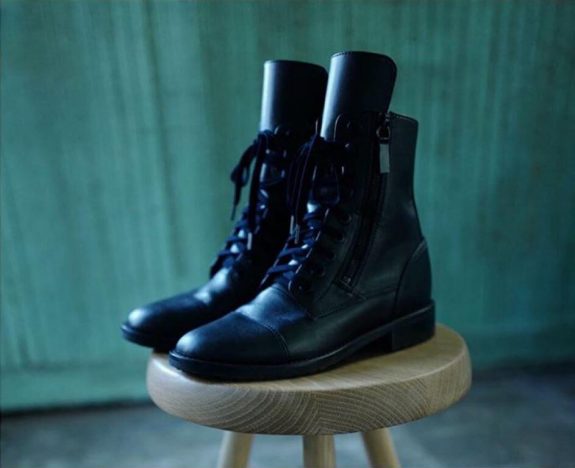 The plant-powered, business’s founding duo first embarked on creating practical, yet fashionable combat boots. From there, that new endeavor was on an upwards spiral. Aside from being cruelty-free, Hiraeth stands out from other brands as the products aren’t only leather-free, but also free of wool, silk, cashmere, suede and any component that would usually be made from an animal.

Mara has reportedly been dating fellow vegan actor Joaquin Phoenix but no word yet if there will be a Hiraeth line for men.