Alexi Lubomirski is perhaps the world’s most sought-after wedding photographer. The creative was given the prestigious opportunity to capture both the historic and heartfelt moments of the royal wedding as the couple’s official wedding photographer in May. Prior to this career-altering event, Lubomirski made a name for himself in the world of fashion photography, working for established publications such as Vogue, Allure, and Harpers Bazaar US. Beyond his royal clients, he has also fallen into favor with American celebrities such as Beyoncé, Gwyneth Paltrow, Katy Perry, Scarlett Johansson, and the vegan actress and activist, Natalie Portman.

Like Portman, Lubomirski also follows a vegan diet. He made the abrupt change from omnivore to plant-based just over five years ago, much to his own surprise. “I never thought I would go vegan. Vegetarian maybe, but vegan was a long shot,” he explained. Like many, he experienced the “click” in which he made the connection between loving some animals and eating others. Once that connection was made, he immediately overhauled his diet to justify his ethics with his eating habits.

“It was a moment where everything aligned,” Lubomirski said. “We all have that voice at the back of our head that tells us the truth. We usually don’t want to listen to it and we drown it out with the noises and distractions of a modern world.  That voice always tells you what is obvious and true: ‘You are an animal lover, so why are you eating them?’ and ‘You have compassion for other beings, so why are you turning a blind eye to their suffering?’”

When asked how art can influence the cruelty-free movement, Lubomirski replied, “Anything in the creative field can inspire. In my particular field of fashion, we supposedly create movements where we can decide that polka dots are ‘in’ (for example) and the next season, everyone will be wearing polka dots. So if we also make a stand and decide that fur is cruel or plastic bags are not cool or whatever the platform, we can inspire others to do the same. The only issue is that we have to want to make that stand.” 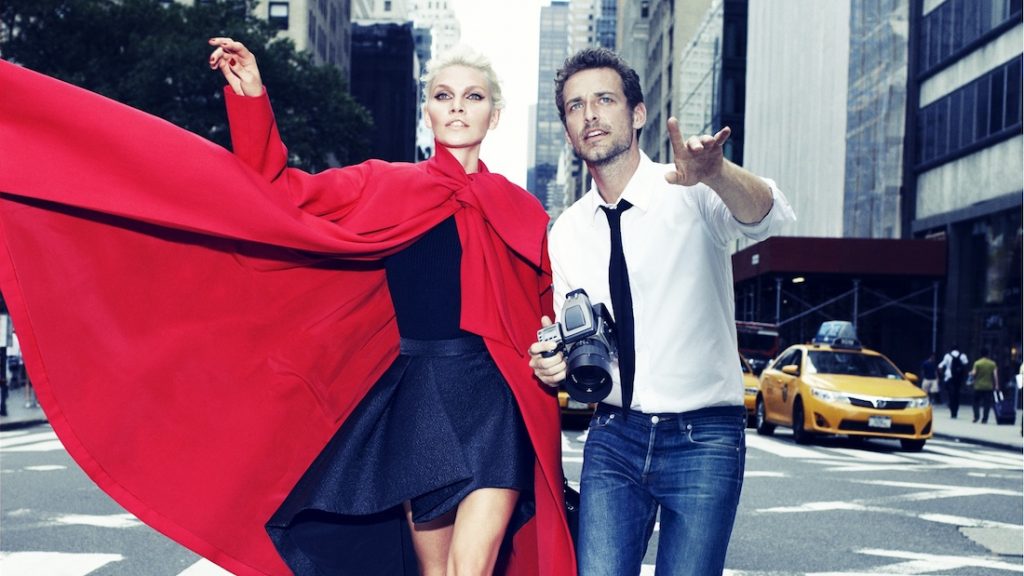 He went on to describe a difficult situation in which his work conflicted with his morals. After a few years in the field, he was offered a position to photograph a shoot for a “very well-known and established fur company” with an “extremely well-paid campaign.” He was forced to make a decision: “Do you want to be paid blood money?”  He respectfully declined, and later reflected, “I am glad that I was offered that job, because it made me choose which direction I was going to move towards.” Since 2008, he has refused to shoot fur under any circumstance, and he is trying to avoid shoots with leather, when possible. “Bit by bit, the industry is changing and as it changes, it has great reach in inspiring others to do the same,” he noted.

In regards to food, he admitted that he’s not much of a “foodie,” but he did express a few of his ideas on the social and travel aspects of the diet. “Being vegan is a very amusing thing, because all of a sudden everyone around you (who is not vegan) concerns themselves with what you will eat!  When you sit at a restaurant with friends or family, the menus are handed out and the first thing that someone says is, ‘Oh look, Alexi, you can have this and this…’ he mused.

As an extensive traveler, he offered simple advice to plant-based dining in unfamiliar territory: “Finding vegan food is the same everywhere. You just have to find out what works and go with the flow. If that means that on a particular trip, I am just eating lots of side dishes, that that’s what needs to happen. I have to say that I am always pleasantly surprised by how many options there are, in places where you think you will have difficulty.”

Although Lubomirski identifies under the “food is fuel” camp, he has made an effort to introduce his children to the vegan diet. He cooks vegan at home for them and even makes his own hazelnut milk. He also noted that both are “lentil and pulses connoisseurs.” His oldest has even gotten wind of the oat milk trend and recently asked his dad to make him a batch. The two gave it a go in the kitchen, and Lubomirski reported that it’s “SO easy!” A truly dedicated father and passionate creative, Lubomirski is also coming out with a children’s book on gratitude. All proceeds will benefit Concern Worldwide, a global charity fighting hunger worldwide. 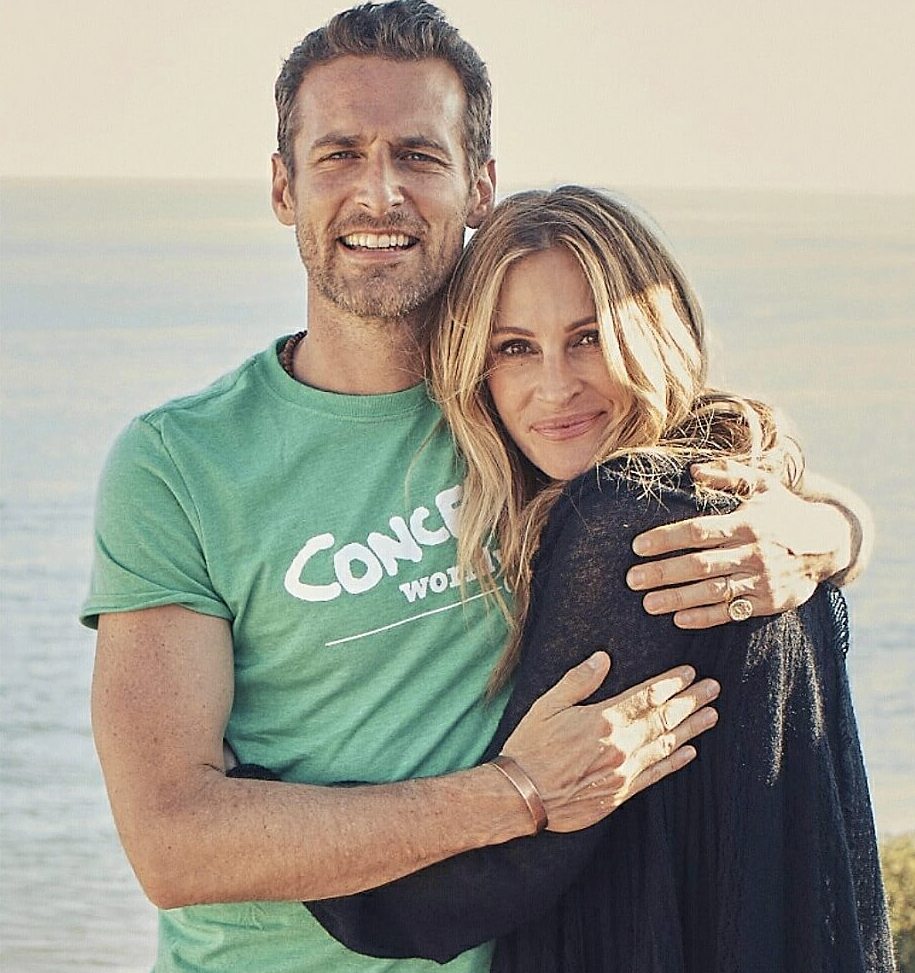 Lumbomirski continues to shoot fashion pieces and maintain his A-list clientele, but he affirmed that he’s inspired by anyone. “Each person is like a puzzle to work out. How to connect with them. How to get them to give you something of themselves for the image,” he explained. He also noted that he is particularly inspired by the women in his life, including his mother and his wife. He is driven by “Strong, confident, intelligent women who live life and are not afraid to be happy,” he said.

There is obviously purpose behind his photographs, and he hopes to use his platform to engage in more meaningful projects. “I know that at the end of my life, I won’t be thinking about the covers and the campaigns that I did. I’ll be thinking more about whether I used those jobs to stand on the right side of the fence concerning the important issue of the day, if I helped make a difference for the better, if I helped inspire change and if I spent as much time as possible with my family,” he reflected.

In addition to his photography work, Lubomirski is also a poet. Though he typically writes about his wife and his two young sons, he felt compelled one day to pen a poem about veganism. His work is below:

“Something woke me up…
A spilt second occurrence
that led me from ‘there’ to ‘here’
and now thank God I cannot get back..

Like an ex-smoker having to clean an ashtray,
an ex-drinker surrounded by slurred conversation,
an ex-addict being shouted at by his friends.
Once we move on, it pains to see what we once were.

Now the fog has lifted, I truly see these beings.
I see them like I see my family.
I see them as fathers, mothers and companions.
And I see how eerily numb I was.

How could I have not seen what I see now?
I then realize that everything I knew,
was programmed into me from birth.
I could not have known, because I was taught not to know.

Why would I “want” to know anyway?
There was a happy clown serving a burger,
A laughing cow, bright colors and smiling faces.
Why would these images lie to me?

I ignored the voice in my head and heart,
that screamed at me to wake up from this lunacy.
I would turn the other way when I was shown the truth,
favoring instead, that delicious and blissful ignorance.

But now I am awake!

Now the door has been pushed open,
the light is bursting through
and there is no more stopping the tide.
Inspiration, thoughts and realizations will not be ignored.

The voice in my heart and head is no longer silenced.
Instead it has the floor and it WILL be heard!
Bit by bit, alterations are made.
One by one, minds are changed.

No more numbness to the truth.
No more killing my brothers and sisters
No more making excuses.
It is time for us to evolve.”