Major UK-based supermarket Sainsbury’s has introduced a new concept for customers who are grossed out by raw meat: touch-free packaging.

In a press release, the company announced that in order to appeal to the “squeamish millennial consumer,” raw packaged meat will now be sold in plastic pouches called “doypacks.” The straight-to-pan plastic pouches will allow customers to open a package, slide the enclosed seasoned meat into a pan, and cook it without having to touch it.

“Customers, particularly younger ones, are quite scared of touching raw meat,” said Katherine Hall, Product Development Manager for Meat, Fish, and Poultry at Sainsbury’s. “These bags allow people, especially those who are time-poor, to just ‘rip and tip’ the meat straight into the frying pan without touching it.”

Hall cited a focus group session in which one participant admitted to treating raw chicken meat with antibacterial spray out of fear of contracting food-borne illnesses from meat such as campylobacter, an infectious bacteria in poultry and cattle meat. 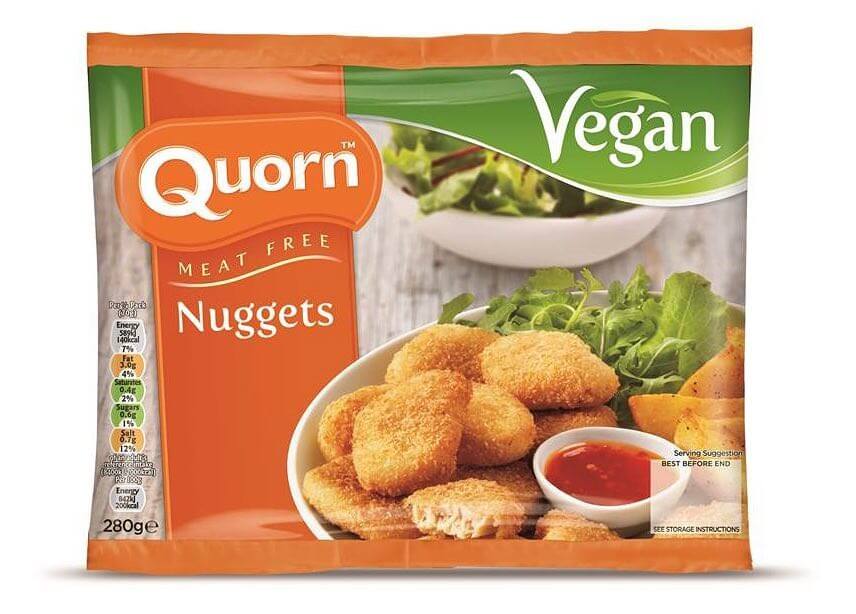 “A lot of younger people are eating out in restaurants but they are not preparing as much food in their home,” Hall continued. “If they are not used to it, they may think, ‘Ugh! I’d prefer someone else to do it for me.'”

Increasingly, more millennial consumers are losing interest in cooking at home. A survey released by consumer financial services company, Bankrate, last year indicated that millennials choose to eat out or order takeout at least five times per week. Increasingly, customers are also interested in swapping meals that include animal-based food in favor of plant-based options. Vegan takeout orders are experiencing an all-time high in Ireland, according to food delivery service Just Eat, and in late 2017, GrubHub revealed that vegan orders had increased by 19 percent so far that year.

Similar concepts that allow consumers to tear open a package and cook pre-seasoned plant-based meat with little effort are offered by a wide range of plant-based food companies such as The Jackfruit Company, Upton’s Naturals, Yves Veggie Cuisine, Quorn, and more. Sainsbury’s also sells pre-seasoned packaged vegan meat under their house brand, which requires the same “rip and tip” cooking technique as the company’s new meat doypacks. With the plant-based meat market expected to reach $5.2 billion in sales by 2020, we can likely expect to see even more vegan convenience foods that make cooking easy for the kitchen-averse.