San Choy Bau translates as ‘lettuce wrap’ and is traditionally filled with pork mince. This vegan version replaces the pork with a variety of mushrooms which are healthier, kinder and much tastier! San Choy Bau is mostly served as an entrée in Chinese restaurants but I happily eat four or five filled lettuce cups for a satisfying low-calorie dinner.

The mushrooms are the star of the show and it’s completely up to you what variety you want to use, however I’d recommend dried shiitake if you can get your hands on them as the water used to rehydrate the mushrooms give it a rich flavour and taste similar to oyster sauce which is traditionally used. Enoki, oyster or flat mushrooms would work great too of you wanted to mix it up. 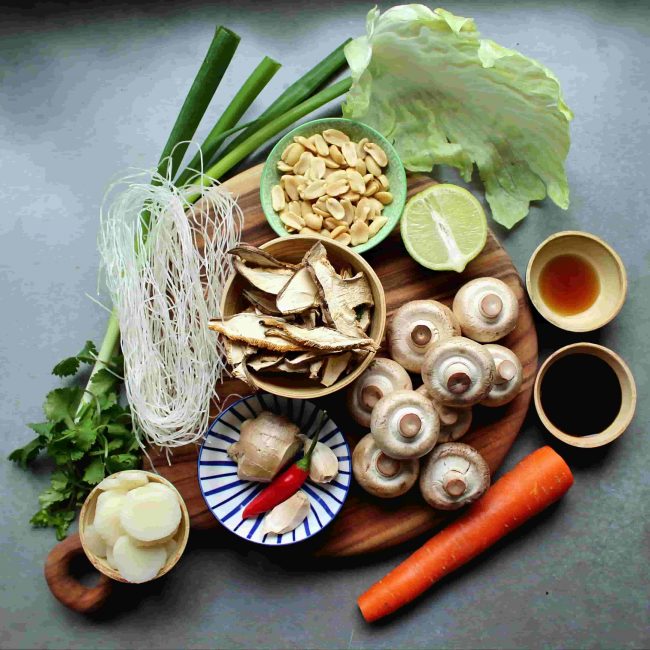 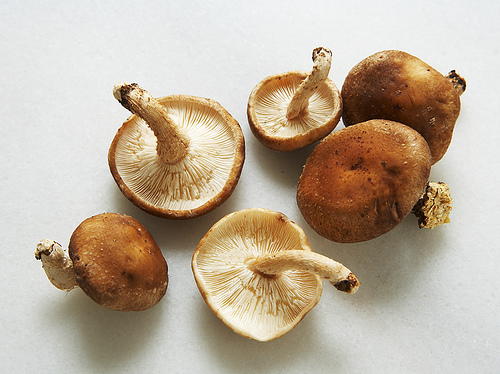 1. Fill the kettle and put on to boil
2. Grate the ginger and peeled garlic (don’t peel the ginger or carrot. Pick fresh ginger root which is hard and has a tight, wrinkle free skin. The same goes for the carrot but this will need to be washed to remove any soil. The skins contain lots of wonderful flavour so let’s not waste them.)
3. Prep the mushrooms by wiping gently with a dry clean cloth or kitchen paper. They don’t need to be washed as they’ll absorb the water, diluting their flavour and creating excess water when cooking.
3. Drain the water chestnuts and slice
4. Pop the noodles in a bowl and cover with boiling water for 5 minutes or until soft
5. Put the shitake mushrooms in another bowl, cover with boiling water for a few minutes to rehydrate
6. Finely dice the button and chestnut mushrooms
7. Finely dice the carrot
8. Drain the shitake, reserving 2 tablespoons of the drained water, and then dice
9. Drain the noodles, rinse in cold water and use scissors or a knife to cut into shorter pieces, put back in the bowl and drizzle over a little sesame oil and toss to stop them sticking
10. Warm a frying/skillet pan on a medium heat with the peanut oil
11. Fry the ginger and garlic for a minute to release their flavour
12. Add the carrots and keep stirring to prevent it from burning
13. Add the button and chestnut mushrooms and fry for about 5 minutes until they are cooked through
14. Add the shitake mushrooms and water chestnuts, cook for a minute or 2
15. Stir through the soy sauce, sesame oil, reserved mushroom water and a good grind of pepper and cook for a further 2 mins
16. Finally, the lettuce cup. Iceberg works great, but only if it’s very fresh and crisp. Otherwise little gem, cos or romaine are good and probably easier as iceberg can be a little tricky to pull apart without tearing the cups. The filled cups must be eaten with fingers, so make them up individually at the table, that way you can mix and match, adding more noodles to each cup or more chilli to each mouthful. Put some noodles in the lettuce cup, heap the mushroom mix on top, sprinkle with the garnishes and a squeeze of lime then devour

And there you have it, San Choy Bau, all wrapped up! 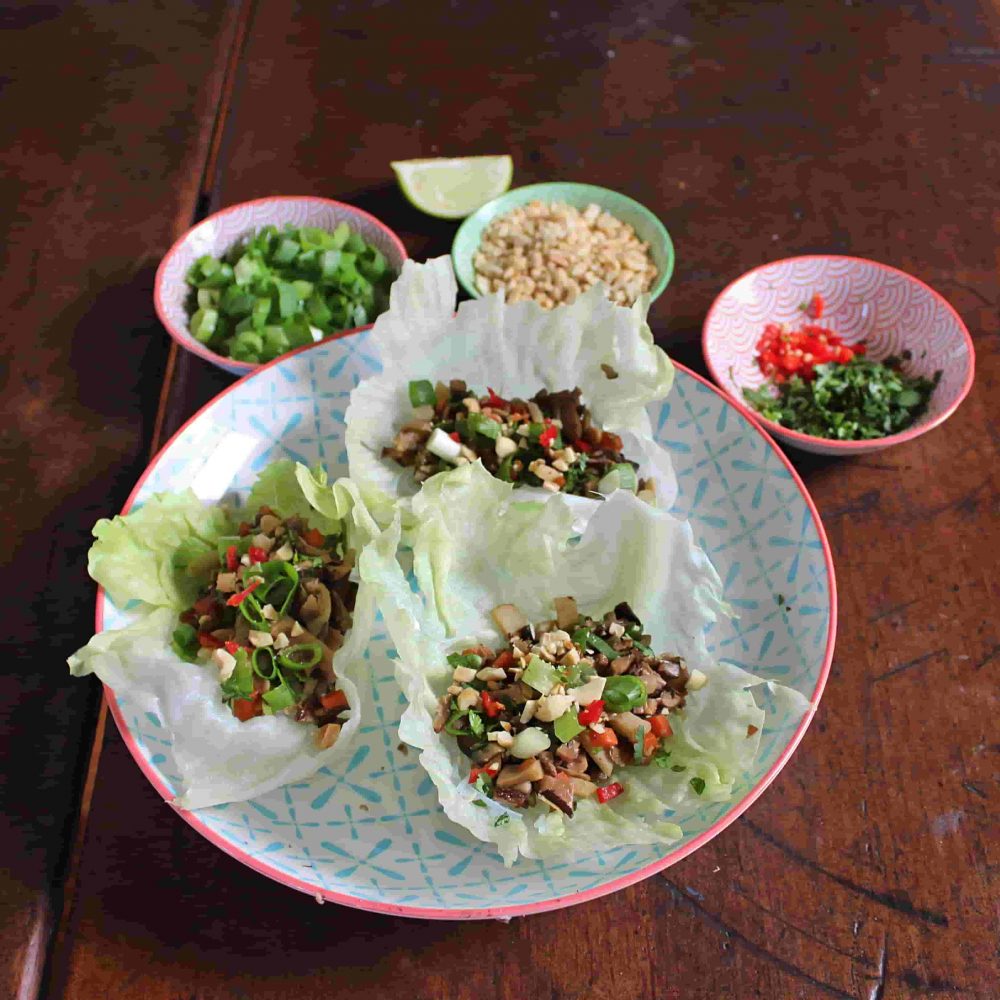 NOTES
If you have a nut allergy then replace the peanut oil with olive or rapeseed oil and swap the toasted peanuts for sesame seeds. I like to toast the peanuts or sesame seeds over a low heat in a dry skillet/frying pan, stirring lots for a few minutes until they are lightly browned.