In a bid to be more in line with its sustainability values, Scandinavian Airlines – known as SAS – has added a new vegan dish featuring mushroom meat to its menu.

The Nordic airline began serving the dish to SAS Plus passengers, encompassing more than 4,000 European and Scandinavian flights, on November 9 for a two-week trial period. 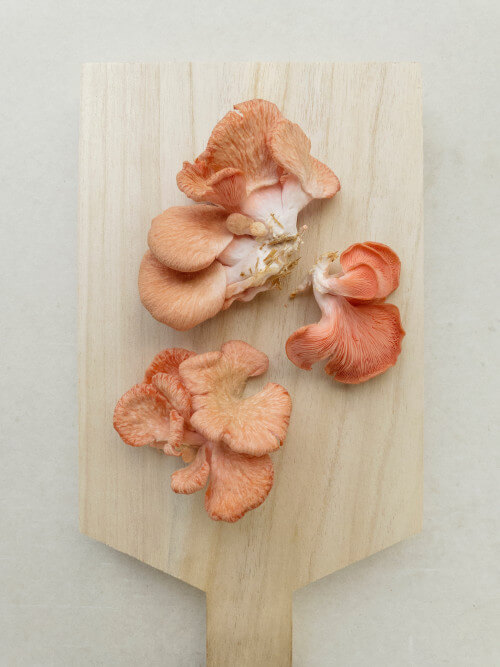 According to the company, more than two tons of organic Swedish mushrooms, including champignon, portobello, and oyster, are being used to make the vegan in-flight meal during the trial.

Served in the award-winning New Nordic by SAS Cube, the airline’s new dining service, all ingredients used are seasonal and sourced as locally as possible from Scandinavian suppliers. The airline launched SAS Cube in a bid to cut down on both food waste by layering everything, from the main dish to the sides, in a compact 10-centimeter cube.

“Sustainability is a main focus for SAS and as we see an increasing interest in a plant-based diet in the society, it is important to have a vegan dish on a trial as one of the regular meals,” said Karl Sandlund, executive vice president commercial.

The Meat-Like Flavor and Texture of Mushrooms

Many others have realized the ability of mushrooms to take on an umami, meat-like flavor and texture. In September, plant-based chef Derek Sarno, creator of Tesco’s popular “Wicked Kitchen” vegan ready meal range, revealed in the #EatForThePlanet with Nil Zacharias podcast that he and his brother Chad were working to launch a vegan mushroom-based meat brand.

The pair hope to work with chicken farmers across the UK to convert hen houses into facilities where mushrooms can be grown, providing the farmers with a sustainable career alternative to animal agriculture. Derek and Chad are both known for their creativity when it comes to cooking exotic mushrooms in a way that appeals to omnivore taste buds through their blog, Wicked Healthy.

In the U.S., there is also a growing interest in mushrooms. A small indoor mushroom farm, opened by a company called Smallhold, is currently operating inside of a New Jersey Whole Foods Market location. Customers are able to choose their mushroom on the spot, which is then picked by an employee. The brand hopes to eventually open up farms in other Whole Foods supermarkets.

According to an August 2017 report released by the U.S Department of Agriculture National Agriculture Statistics Service, the mushroom market hit a record high that year, reaching a value of $1.22 billion.