Santa Barbara Unified School District (SBUSD) is leading the way in plant-based school nutrition, thanks to the district’s food director, Nancy Weiss, and vegan meat producer, Hungry Planet Foods. Since joining the district in 2008, Weiss has made a concerted effort to revolutionize the cafeteria program and provide healthier, whole food, and even vegan options for students. In honor of Earth Day, we spoke with Weiss to learn more about her food philosophy and her upcoming plans for the environmental holiday.

Weiss is not your average public school administrator; she thinks outside the box. Weiss comes from a background as a farm-to-table restauranteur, where she learned about sustainability, buying local, and the power of plant-based foods. “I knew back then the closer to home your food comes the better it is. We went local before it was cool to go local. Because it just makes sense.”

This experience helped her revitalize the SBUSD’s cafeteria program into a healthier, more successful operation. The district encompasses 28 schools and approximately 15,000 students, 65% of which purchase their lunch from the cafeteria. According to Weiss, the school nutrition program is a tough business. “Most school food loses money all the time, because of food costs, labor costs, and lack of participation.” However, Weiss has proved that not only can cafeterias be financially sustainable, but healthful as well. “My recipe for being a profit center has to do with the fact that the parents trust the lunch program. They know we are doing our very best to model the best in wellness,” Weiss said. 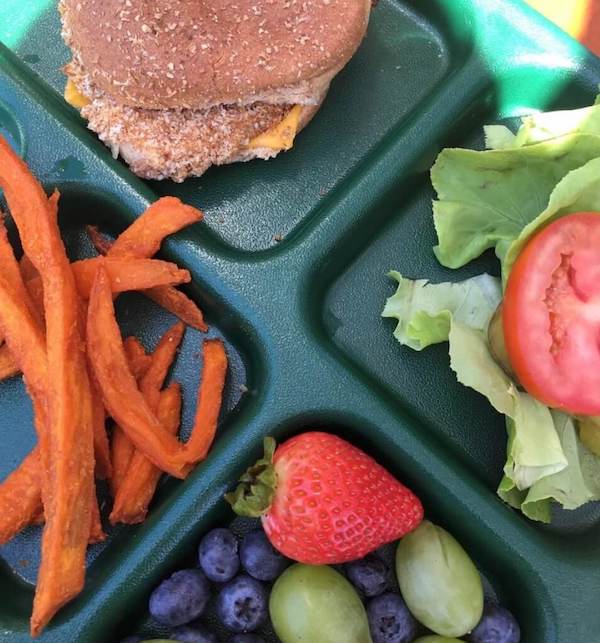 Weiss has worked to provide whole food options for the past ten years, but her program truly gained recognition last year when she began to incorporate plant-based meats from a local vegan purveyor, Hungry Planet. Weiss introduced the products during the district’s 2017 Earth Day celebration, and due to the overwhelmingly positive response, Hungry Planet products are now served in SBUSD cafeterias on the daily. “We offer a choice between meat and a vegan alternative, and we’ve been doing really well. We’re almost 50% plant-based.”

Weiss noted that she attempted to provide plant-based meals back in 2008, but she lost money and student participation. However, students, teachers, and even parents have taken to the Hungry Planet meals, which often sell out faster than the animal-based options.

Cafeteria staff have created a multitude of dishes with the Hungry Planet vegan meats, but Weiss said that the plant-based beef nachos and pozole are always a hit. “The demographic is predominately Latino, so pozole is one of the top menu items. They love it.“ Personally, Weiss is a fan of the Crispy Chicken Sandwich. “It rivals a fast food crispy chicken burger,” she claimed. 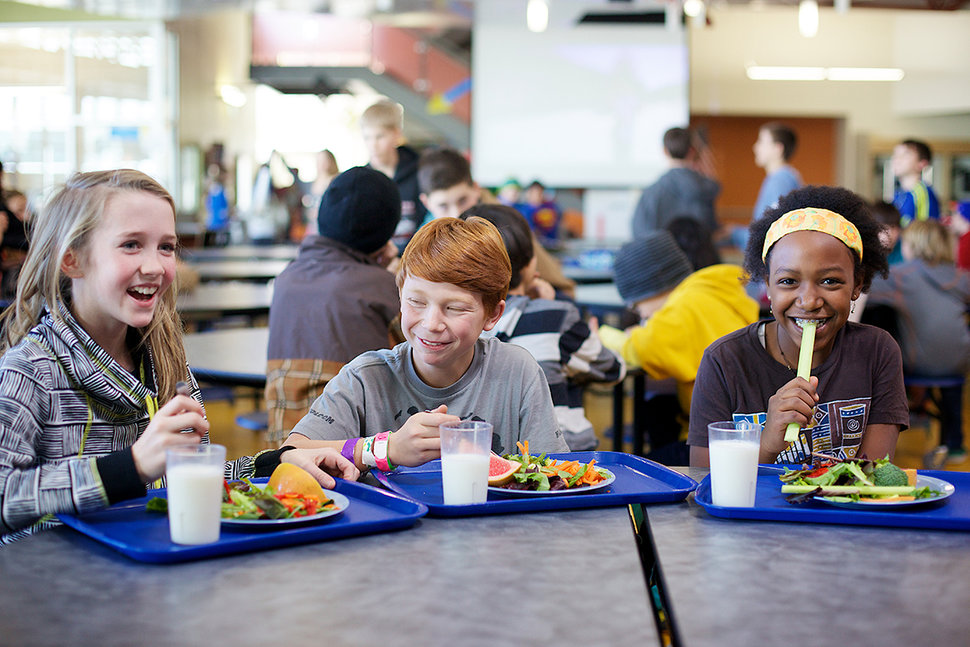 For this year’s Earth Day celebration, Weiss will serve Chicken Chili Verde Burritos, Meatball Subs, and Double Burgers, all made with Hungry Planet vegan meats. Over the two-day event, the school will cater to 1,000 people. “SBUSD wants to be the model for health and wholeness, and part of that is backing off on meat consumption. We know we need to do it from an environmental standpoint. We also do not use styrofoam. We’re an eco-friendly food service department,” Weiss said.

She continued, “I want to make a difference in the universe and on the planet. People are consuming way too much protein. It’s not sustainable. We’re hurting the planet. Eight to ten ounces of commercially raised meat is not a healthy choice. I want to make sure that we’re the beacon of choice so [students] can see what’s possible without slaughtering a bunch of cows. Let’s offset some animals cruelty and water use.”

This Earth Day, and every school day after, Weiss is working to create a healthier, plant-based future. “We need to keep going. We need to live to learn and learn to eat. Hopefully, we’re making a difference.”