School cafeterias in Brazil are transitioning to vegan menus, the Humane Society International (HSI) has announced. The transition will be seen in four cities and will be completed by 2019.

The schools are participating in a new project, “Escola Sustentável”, launched in partnership with HSI. “Escola Sustentável”, which translates to sustainable school, is taking place in the country due to a growing awareness of the environmental impact of meat production, as well as the negative effect it can have on human health. Serrinha, Barraoca, Teofilandia, and Biritinga in Bahia are the four northeastern cities making history with the new programme.

HSI has been working closely with the participating schools, running culinary training classes for cafeteria staff to help with the transition. Meat, dairy, and eggs will be cut from menus by a quarter each semester until the ingredients in every dish served are locally sourced from nearby farms, nutritious, and vegan. 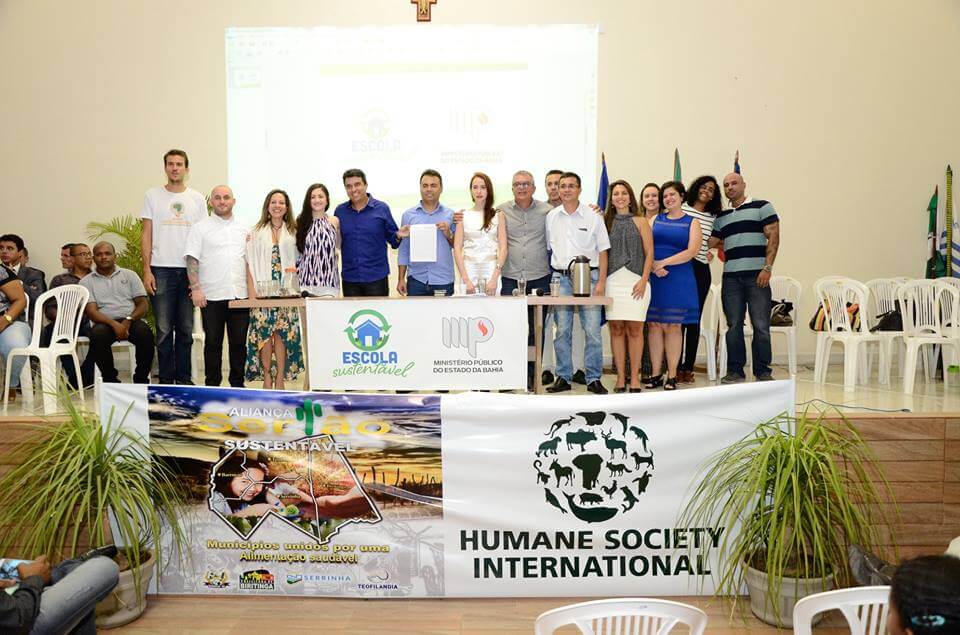 “Providing our school districts with plant-based meals will help save environmental and public financial resources, allow for a future of healthy adults, and build a fair world for the animals,” Leticia Baird, Brazilian public prosecutor for the environment in the state of Bahia, said in a statement.

Sandra Lopes, the food policy manager for HSI in Brazil, added: “We applaud the cities of Serrinha, Barroca, Teofilandia, and Biritinga for becoming the world’s first school districts to commit to going 100 percent plant-based. It’s an honor to have worked with city authorities, nutritionists and school cooks on the adoption and implementation of this initiative, and we’re excited to continue working closely with them to ensure the success of this program.”

This is not the first time cities in the country have placed plant-based meal plans in school cafeterias. Last summer, Várzea Grande, Cuiabá, and Sao Gonςalo introduced a new conscious eating program for children. The cities schools pledged to go meat and dairy-free for one day out of each week, resulting in 5 million more vegan meals to be served each year in the nation.