The demand for vegan-friendly options is ever-increasing. Mainstream grocery store shelves are now stocking products such as plant milks and dairy-free cheese, and are soon to even have lab-grown ‘meat’. However, while some products available in the plant based marketplace are strikingly believable as replacements for their animal-based original – many consumers believe firmly that nothing as of yet can truly satiate the gap in their diet where animal products such as cheese or bacon used to be.

Thanks to Real Vegan Cheese, this could be about to change. Unlike popular existing vegan ‘cheese’ products, the producers say “Real Vegan Cheese is a not a cheese substitute” – even dairy consumers won’t be able to tell the distinguish between their old favourite and this modern innovation – all down to the nature of synthetic biology engineering.

So, how is such a feat achieved? The company takes standard baker’s yeast, (nothing special) and uses synthetic biology to engineer the yeast into caseins; which are real milk proteins. When combined with water, vegan sugar and oil, these caseins make a milk fluid which is then converted into Real Vegan Cheese through the traditional, age-old cheese-making process. Ultimately, this is ‘cow milk’ made cheese, without the cows – hence the word ‘real’ in the title.

This process is actually very straightforward and uses gene-editing technology known as CRISPR which has been used in the past to make glow-in-the-dark beer and anti-biotic resistant E.coli bacteria. Using yeast to culture proteins is no new thing, yeast colonies have been utilised in the medical industry for years already to create things from human insulin to vaccines.

About this process, the producers say “To create our proteins, we study animal genomes to find natural milk-protein genetic sequences. We optimize the genes for use in yeast and synthesize the resulting yeast milk protein DNA from scratch. This DNA is then put into yeast cells where the cellular machinery takes over and produces real milk-protein from the DNA blueprint provided by us. No animal products involved. Plus the purified proteins will be identical to those found in regular cheese, and will not contain any GMO!” 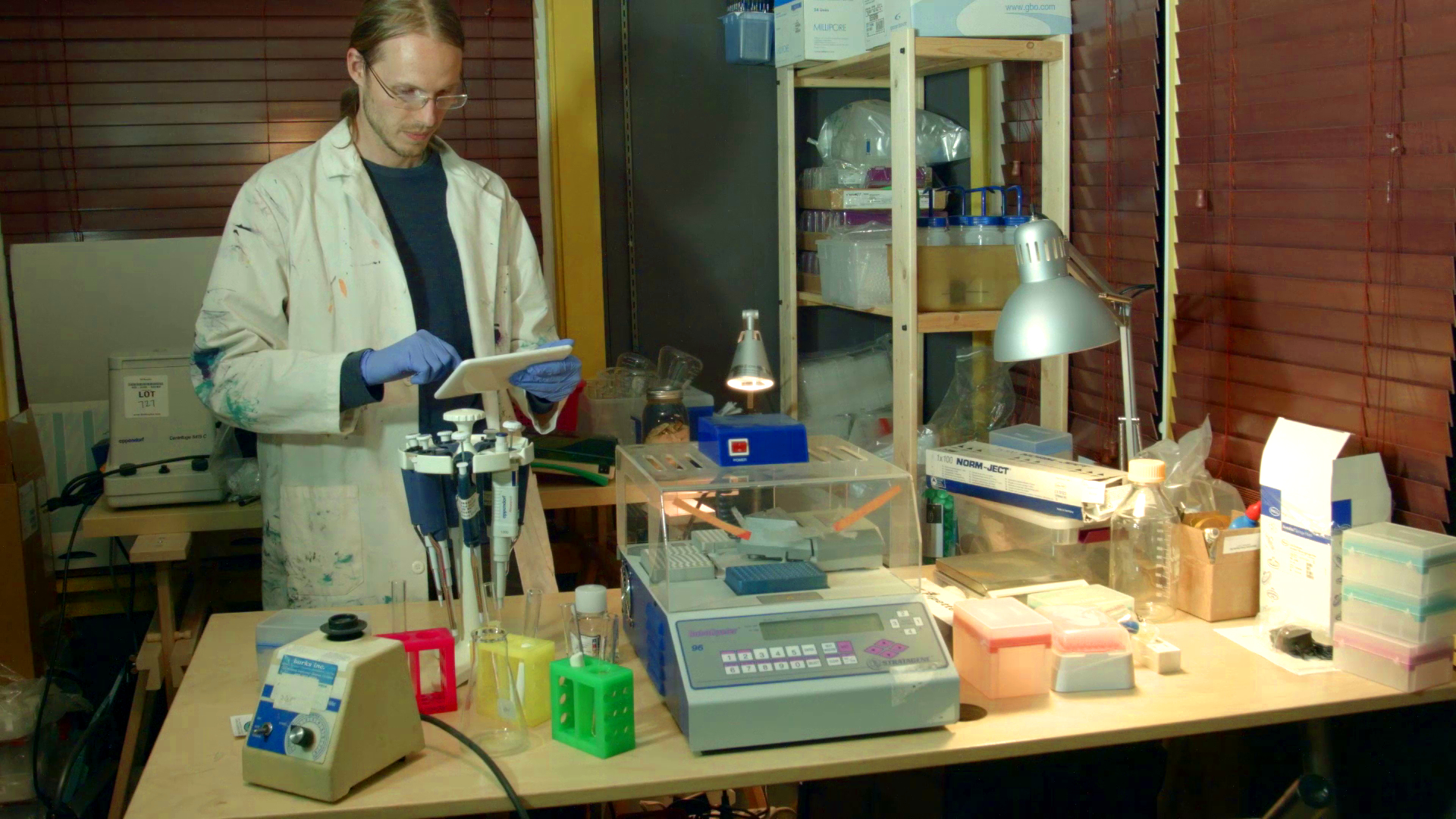 Real Vegan Cheese was started because the inventors believe that “using animals as large-scale food production machines is ethically and environmentally irresponsible”, that their “process is more ethically responsible and environmentally sustainable than the status quo” and “that all humans, vegans included, should have access to delicious and healthy cheese!”

They are still in the process of development before their groundbreaking product will be seeing it’s debut on the market, but this month Real Vegan Cheese is set to be entered into the International Genetically Engineered Machine (iGEM) synthetic biology competition.

With the expected release of lab-grown meat into the mainstream marketplace for consumer availability and advanced biological engineering such as Real Vegan Cheese – it appears that 2018 might be the most exciting year for the plant based revolution thus far; a reflection of the demands by consumers.

To get this exciting science-meets-cheese rendezvous up and running, please support their kickstarter project here.