The retailer aims to phase out all items made from python, lizard, alligator, and crocodile skin by 2020. Selfridges will still sell leather sourced from livestock animals.

“We are dedicated to being at the very forefront of future-thinking retail. For us, that’s a future where luxury is defined by craftsmanship and material innovation,” Selfridges’ buying director Sebastian Manes said in a statement.

Selfridges enacted a no-fur policy in 2005 and is working to improve its sustainability through its Buying Better, Inspiring Change initiative. Launched in 2016, it speaks to the chain’s commitment to ensuring that 50 percent of its products are green by 2022. 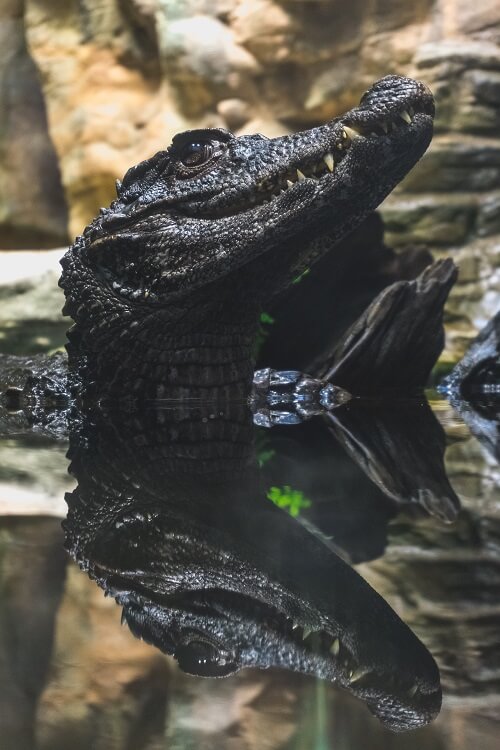 “It is wonderful to see Selfridges end the sale of exotic skins, a move that will save countless crocodiles and snakes from losing their lives,” said Claire Bass, executive director at animal rights non-profit Humane Society International. “When Selfridges went fur-free more than a decade ago, it positioned itself as a retailer at the forefront of compassionate fashion. Banning exotic skins in recognition of the serious animal welfare issues that exist in this industry is a natural next step for a responsible retailer.”

Selfridges joins a number of fashion labels and retailers that have banned exotic animal skins recently. Fashion designer Victoria Beckham ended the use of skins from all future collections earlier this month. A spokesperson said that the decision was for ethical and environmental reasons as well as customer feedback.

Iconic French fashion house Chanel committed to ending the use of exotic animal skins in all future collections last December, stating that it was “becoming increasingly difficult” to source skins ethically and at the quality desired. As opposed to other luxury labels that continue to sell exotic skins, such as Hermès, Chanel sourced the materials from third-party farms, according to Business of Fashion.

India banned the import of exotic animal skins as well as mink, fox, and chinchilla fur in February 2017 despite increased sales, sparing the lives of tens of thousands of animals. Serbia banned fur farming last January and the Czech Republic’s total ban on fur farming went into effect earlier this month.