Serbia’s fur farm ban has officially gone into effect, sparing the lives of as many as 12,000 chinchillas a year.

The 2009 Animal Welfare Act, which passed a decade ago, outlawed fur farming with a 10-year transitional period. According to the Fur Free Alliance, an international coalition of more than 40 animal protection groups, the victory comes after years of fur lobbyists fighting to reverse the law. Fur advocates pushed harder in 2018, culminating in a debate during a public session calling for the act’s cancellation last June.

“For 15 years now, Freedom for Animals has advocated for a fur-free Serbia by advancing and supporting legislation to abolish this brutal exploitation of animals,” Snezana Milovanovic, director of the Serbian animal protection organization Freedom for Animals, said in a statement.

“With the enforcement of the 2009 Animal Welfare Act, that makes it illegal to keep, reproduce, import, export and kill animals only for the production of fur, a great victory is finally achieved. Not only is this ban important for animals kept for fur production in Serbia, but also for the whole South East European region, and it signifies a major step forward for animal rights worldwide.” 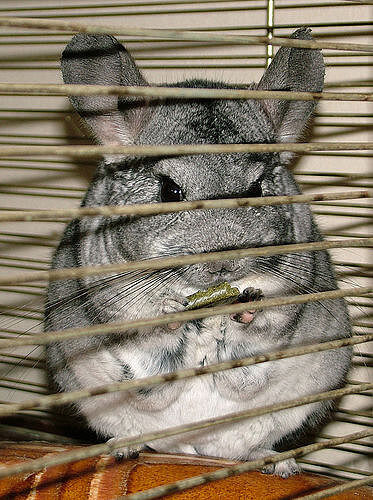 Life on a Fur Farm

Chinchillas, a rodent native to the Andes Mountains in northern Chile, are the only animals raised for fur in Serbia. Their lives are spent in small battery cages, depriving the animals of carrying out natural behaviors such as running and jumping. Studies have shown that self-mutilation from the stress and infant mortality are common in chinchilla fur farms. Although chinchillas are protected in their native habitat as an endangered species, thousands are killed each year in the name of fashion.

Fur Farming in the European Union

By banning fur farming to improve animal welfare, Serbia joins a number of other European nations. In the past year, Norway announced plans to outlaw the antiquated practice by 2025; the ban will shut down 300 fur farms and save the lives of thousands of minks and foxes. Other nations that have announced similar plans to ban fur farms include Germany, the Czech Republic, and Luxembourg.

Bans are also on the parliamentary agenda in Poland, Ireland, Lithuania, Denmark, and Estonia.