Serena Williams is one of the greatest tennis players to ever play the game. She’s got the second-most Grand Slam titles for a woman (23 and counting). And she’s not done yet. The mom to two-and-a-half-year-old Alexis Olympia is also a fashion icon (she actually went to fashion school in 2000). And she took to New York Fashion Week earlier this month to launch her newest S by Serena collection, including a vegan leather range.

The S by Serena Spring 2020 collection features on-point dresses, pantsuits, and jumpsuits in vegan leather and bold prints. Williams says the new collection is a “fashion passport.” She was inspired by her travels around the world, in particular, by Africa.

“That’s where I got the giraffe print from,” she told Essence. “I just feel like giraffe is the new leopard—I mean, at least I’m trying to make it the new leopard!” Williams told Vogue about her favorite design. “I am loving it.”

Williams also says she was extremely motivated to include vegan leather in this collection. “I feel like a lot of things are being killed and we’re not saving the earth,” she said. “We can all just do one small thing and help out so that was also a lot of our inspiration.”

The collection also gives another nod toward the planet with a bold emphasis on green, the de facto color of environmentalism. “One of the hottest colors this year on the runway for spring and summer is green,” Williams said. 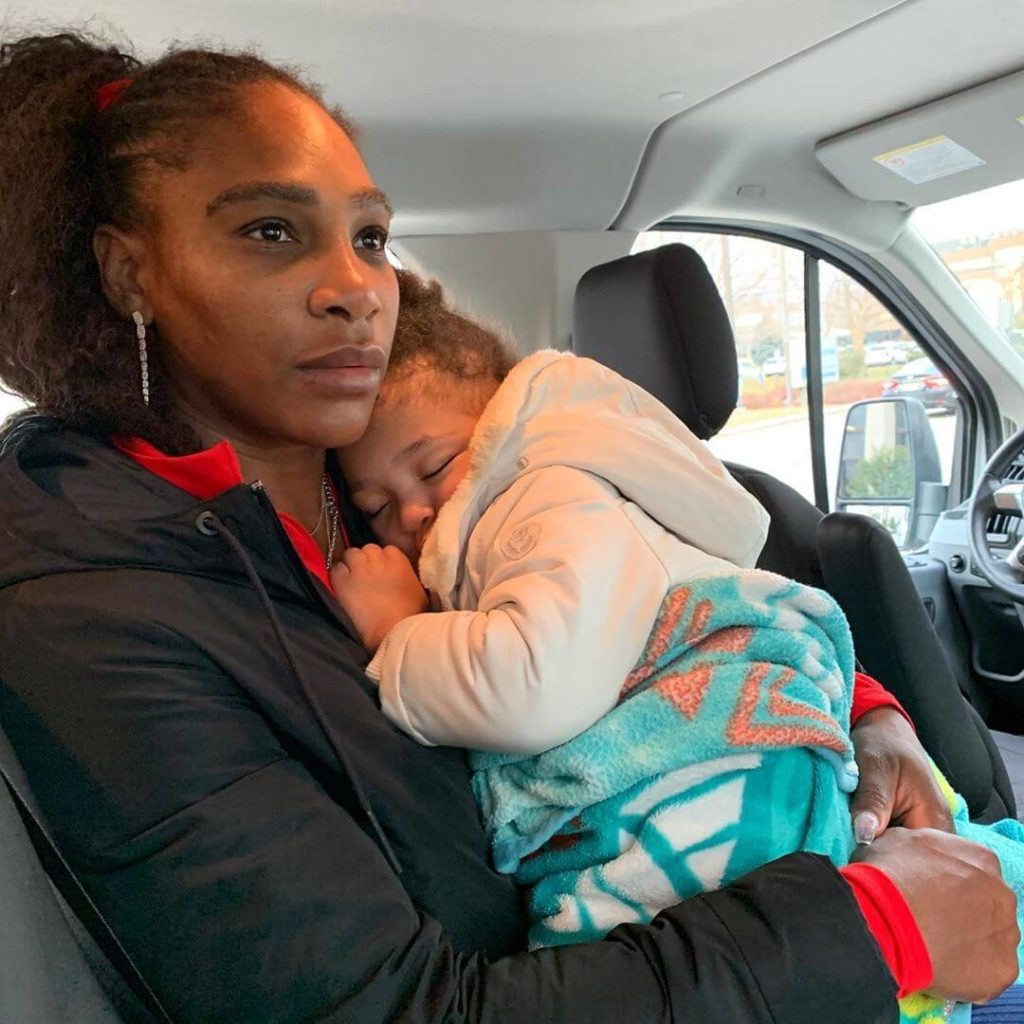 “My first come-to-Jesus moment was when we found out that Serena was pregnant,” he told GQ. “That’s when it really hit me. I don’t want to be an unhealthy, lethargic dad when Olympia wants to practice soccer in the backyard.”

Ohanian says things really changed after he watched an early cut of “The Game Changers.” He was so impressed by the film, which busts the myth that athletes need meat, that he signed on as an executive producer. “Around the same time, I tried the Impossible Burger, and I was like, ‘Damn! This is good!’ It wasn’t long after that I invested in it. Now I’m whole-hog, so to speak, on the plant-based revolution.”

Williams’ says her outlook changed too after their daughter’s birth. And it has informed her designs.

“After having a child, I was like, ‘My heroes are moms.’ Women are superheroes. To have a baby and have to go work two weeks later or three weeks later, or even to go to a 9 to 5 [is incredible],” she said to Vogue Editor-in-Chief Anna Wintour.

“For me, it’s all about creating that message of inclusivity, and inclusivity is everything.”