At the base of Mount Everest, the world’s highest and most famous peak, Nepalese people are keeping vegetable gardens.

According to the Modern Farmer, an online resource that writes about farmers, chefs, and the food system, a husband and wife duo are growing fresh vegetables in a greenhouse they built at 13,000 feet above sea level.

Climbing guide Ang Temba Sherpa, known as Temba, and his wife Yangzee live at 13,100 feet in the village of Pangboche, Nepal, on the trail to Mount Everest. Frank Giustra, publisher of Modern Farmer, visited their home – and their “utilitarian greenhouse” – during a recent expedition.

Usually, the Sherpas, native Nepali people who are best known in helping climbers summit Everest, can only grow potatoes, Giustra explained in an article. The region is beautiful, he notes, but those living there endure a “hardscrabble life,” forced to move around as the seasons do to gather enough food from nearby villages. The food purchased – commonly rice, salt, spices, and staples – is carried back by yaks since wheeled and motor vehicles can’t navigate the steep inclines.

With no access to fresh vegetables, Temba and Yangzee decided to build their own greenhouse in 2012. The pair used stones and mud to build walls and corrugated plastic and plastic sheets to craft a roof. There they grow bok choy, broccoli, cucumber, tomatoes, squash, lettuce, and herbs like mint, chives, and coriander throughout the year. 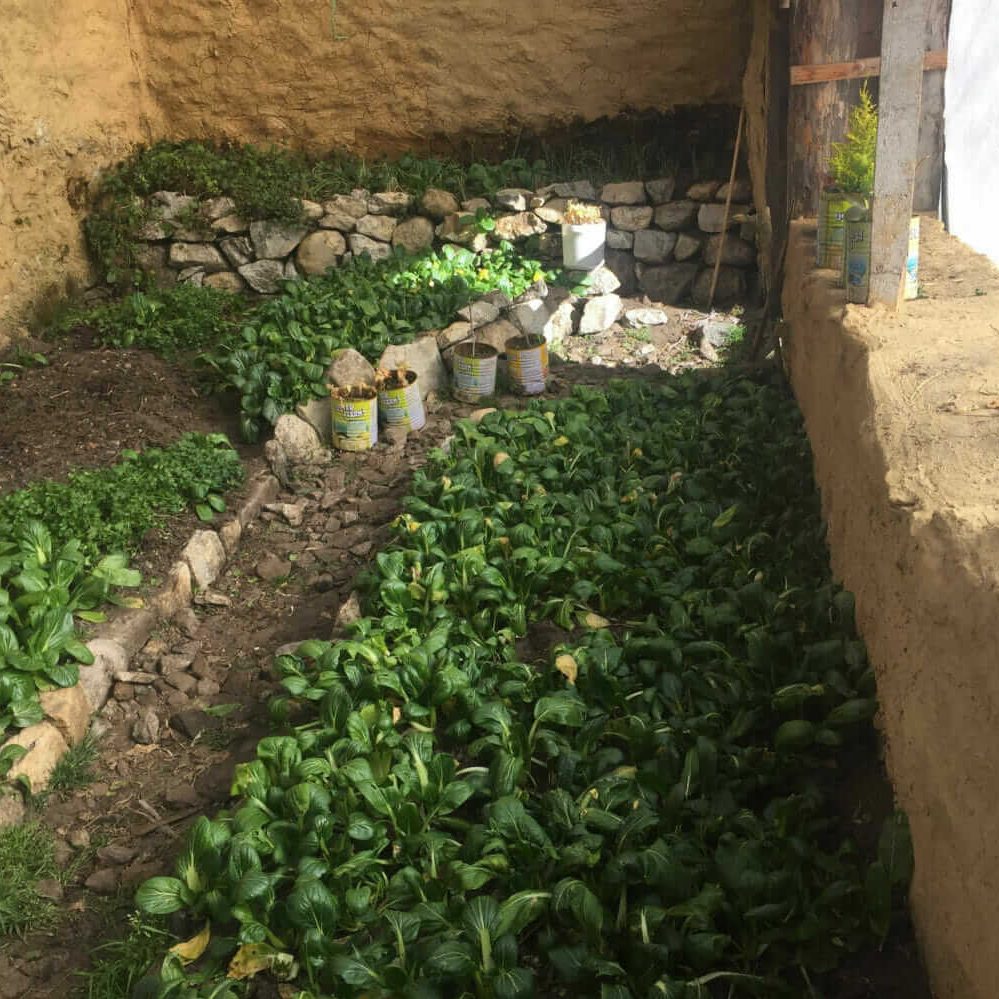 Yangzee used the produce to prepare a meal for Giustra and his friends when they were visiting, a far reach from the fare that climbers are used to during treks, most commonly, rice and beans. Giustra called the meal “delicious” thanks to the “memorable” home-grown produce. “Nothing like a fresh salad at 13,000 feet,” Giustra wrote.

Though its primary religion is Hinduism, Nepal is also home to a large Buddhist population; both religions are known for adherence to predominantly plant-based diets. Like in India, the cow is considered sacred in Nepal and killing the animal is illegal.

One report published by the Economic and Social Research Institute in 2010 estimated that 7.4 percent of people in Nepal are vegetarian.

Away from Mount Everest, travellers in the area can enjoy a range of vegan fare in Nepal, like curries, crepes, kebabs, dumplings, thukpa (a Tibetan noodle soup).