How many vegan beauty products can you release before people get bored of the novelty and stop buying them? The limit does not exist! Fully vegan brand Spectrum Collections have announced that they’re releasing a new range of makeup brushes. The exciting part? They’re Mean Girls themed and you can keep them in your very own Burn Book. We’ve got a fifth sense that you’re going to get a big lesbian crush on these new products. So get in loser, we’re going shopping!

We’re pretty sure these brushes are going to be so fetch, but if you’re not convinced already all the brushes are going to be pink and purple ombre and feature quotes from the film. Even better, because they’re vegan you can guarantee they’re not made out of your mom’s chest hair. The larger Burn Book case, which doesn’t come with any brushes, has enough room for up to forty makeup brushes in it or all the secrets you can’t fit in your hair. If that doesn’t make you want to bake a cake out of rainbows and smiles for everyone to eat then we don’t know what will.

The makeup brand announced the news of their new products on Wednesday, because on Wednesdays they announce pink. Given the success of the 2004 hit comedy, we hope that the Mean Girls theme means that Spectrum’s new brush range will appeal to more than just vegans. The Burn Book case even features a metal chain so you can carry it around like a handbag, it’s almost too 2004 to function.

The Mean Girls range is set to be released on 30th August and although we’re happy that it’s really soon, it would have been better if they’d have waited until October 3rd.

This announcement comes after the news that the cruelty free and vegan cosmetics industry is set to boom between now and 2023. Non-vegan makeup brushes are made from all sorts of animal hair including squirrel hair, goat hair and horse hair. It’s no wonder the world has a growing aversion to animal products in their makeup bag. 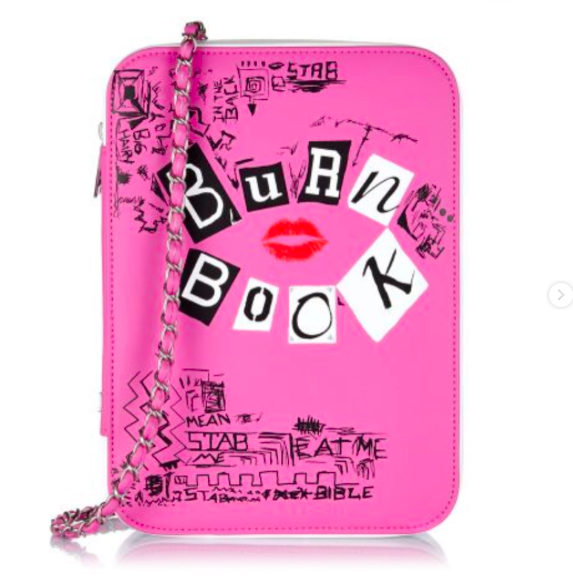 Spectrum Collections already features some pretty great sets of brushes, one of which, called Sassy Sirens, comes in a gold clam shell and features iridescent brush handles. So if you’re not so into Mean Girls but fancy feeling like a makeup application mermaid queen you know where it is you need to be shopping.