Stock photo platform Shutterstock says it will ban all pictures that feature primates in unnatural settings. The decision comes after the animal rights group PETA approached Shutterstock and asked the company to consider the consequences these types of photos have on conservation efforts as well as in promoting the illegal trade of wildlife.

The popular stock photo company has banned any images of monkeys or apes wearing clothing, hats, sunglasses, jewelry, etc; shown in a studio setting or human environment; exhibiting trained or unnatural behaviors such as dancing; or engaged in any type of unnatural interactions with humans like holding hands. The rule also applies to digitally altered images that recreate these settings to look like the animals were participating in unnatural activities. 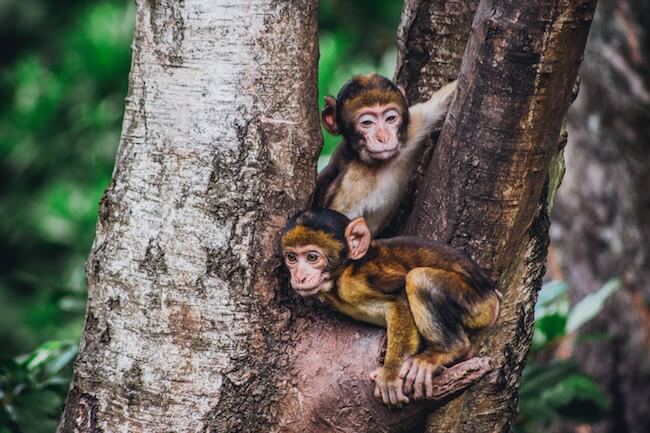 The rule is effective immediately, and Shutterstock says it has already removed all existing photos and videos of monkeys and apes that appear in unnatural settings from its library, as well as any on its subsidiary Bigstock.

“By banning unnatural images of exploited ape and monkey ‘actors,’ Shutterstock has made a huge difference for nonhuman primates, both those in the wild and those suffering in captivity,” PETA Primatologist Julia Galluci said in a statement.

“Ad agencies and film and television producers have already moved away from using these harmful images, and we hope other stock-photo providers follow Shutterstock’s lead.”

The decision comes after Instagram, the leading photo-based social media platform, announced it would include an alert system on any content that may show animals being exploited.