BlueNalu, a San Diego-based food tech startup, believes that there is a way to protect the oceans by eating real, slaughter-free seafood. The aims to address some of the most pressing environmental issues of the time through cellular aquaculture, or “clean” seafood.

Lou Cooperhouse, CEO and president, hopes to transform the entire industry. “BlueNalu will disrupt the current […] practice, in which fish are farmed or wild-caught in our oceans and seas. Instead, we will produce real seafood products directly from fish cells, in a way that is healthy for people, humane for animals, and sustainable for our planet,” Cooperhouse told LIVEKINDLY in an email.

A growing number of scientific evidence links overfishing to climate change. The IPCC (Intergovernmental Panel on Climate Change) conference revealed last October that the world has 12 years to prevent global temperatures from rising beyond the threshold outlined in the Paris Agreement.

An extensive report titled “Creating a Sustainable Food Future,” unveiled at the 24th Conference of the Parties to the United Nations Framework Convention on Climate Change (COP24), points to innovative technology, like vegan burgers, as a means of lowering emissions by 2050. The message is clear: unless the food system industry evolves, the planet is in danger. 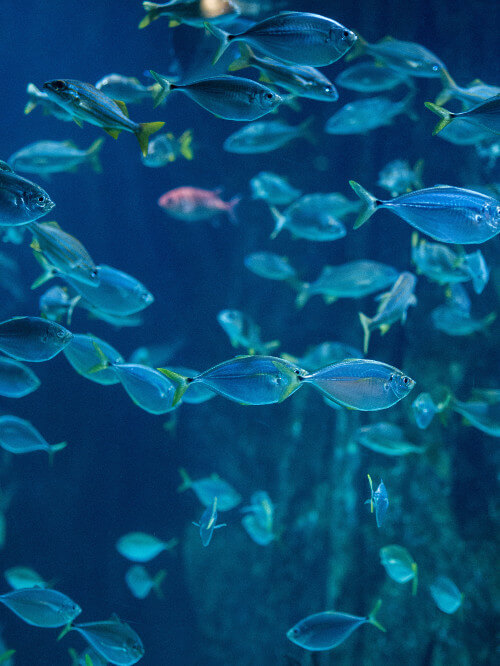 The report, adding to a growing body of scientific evidence, also places it on the individual to consume less meat overall in order to reduce greenhouse gas emissions. But it doesn’t offer the same advice for seafood, where consumption has more than doubled over the past 50 years. According to research, over 90 percent of large predatory fish stocks are depleted and experts predict that global fisheries are set to collapse by 2050, which spells disaster for marine ecosystems. The demand is expected to continue to rise as more eschew red meat in favor of seafood.

The report suggested improved methods of traditional aquaculture, but Cooperhouse explains that it may not happen fast enough.

“Aquaculture is not a long-term solution, as organizations like the UN FAO have indicated that the significant growth of the aquaculture industry has raised major concerns over its environmental impact, unsustainable models, the existence and spread of diseases, and the interbreeding of wild and selected strains,” he says.

Not only does BlueNalu aim to meet that demand and combat the diminishing global seafood supply, but Cooperhouse also highlights that BlueNalu will address a number of other issues that consumers are increasingly concerned with, including food safety, animal welfare, climate change, and food security. These barely scratch the surface of how cellular aquaculture can benefit the world.

The burgeoning food tech startup has already attracted the attention of venture capital (VC) funds; last August, Cooperhouse revealed that BlueNalu has closed a $4.5 million seed round with contributions from New Crop Capital, Baleine & Bjorn Capital, and 23 other VC organizations.

As of this week, the company has an advisory board consisting of come of the biggest names in the food industry, including the Campbell Soup Co., Nestlé, the Prince Albert II of Monaco Foundation, and the Culinary Institute of America. It also includes global environmentalist Pierre-Yves Cousteau and James Beard Award-winning chef and restaurant owner, Roy Yamaguchi.

Though a market debut is still some time away, Cooperhouse says that BlueNalu has made “considerable progress” toward the development of the first-ever business and engineering design for large-scale production – a model that could potentially feed millions.

“Our team of engineers and scientists have designed a model production facility that will enable production of 15 million pounds of value-added seafood products/year, that will support the initial needs of a regional population center of 20 million people,” he says. “We will then increase the capacity at this factory to fully meet the regional market needs, optimize our production processes, and then replicate this model at major metropolitan markets around the world.” 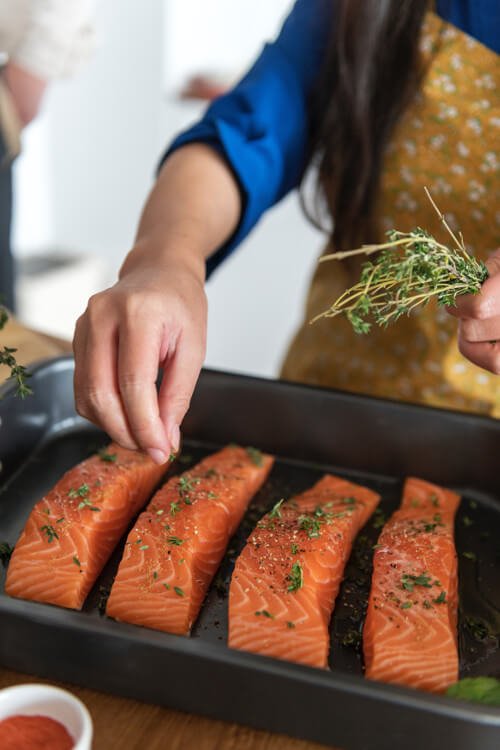 The company ultimately aims to target the global marketplace – Asia, the US, and the EU. As for what type of slaughter-free seafood BlueNalu will produce, Cooperhouse says that the company is “species agnostic” – for the time being, at least.

Its R&D strategy aims to create a platform technology that will target the 1-3 trillion fishes harvested commercially for food each year. All this, while keeping regional preferences in mind.

“[W]e will ultimately manufacture products that are customized to the needs of populations in regional markets around the world,” Cooperhouse explains. “We have done a comprehensive assessment of the global consumption of seafood, by species, in various target markets, and the types of species and product attributes that will result in our capturing significant market share. We are not focused on rare or highly prized species, but we are instead focused on displacing the greatest possible volume of finfish, crustaceans, and mollusks that are caught or farmed.”

Cooperhouse’s ultimate vision is a product that outweighs the benefit of traditional seafood for the consumer. Not only will cell-based seafood be completely functional and more sustainable and healthier for people, the planet, and marine life, it will also come without the hazardous, unethical conditions faced by workers in the industry.

The “factories” will also incorporate processes including smoking, grilling, searing, batter, and breading for both raw and cooked forms, without compromising on taste. It will also be sold and distributed in refrigerated, frozen, or shelf-stable states. “This strategy will allow us to meet the needs of consumers that originate within regional markets across the entire globe,” Cooperhouse says. 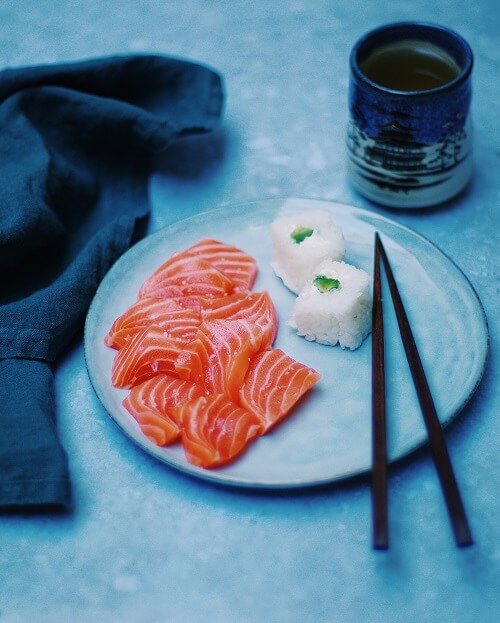 Cooperhouse admits that there are still a number of hurdles to clear to get consumers on board with cellular aquaculture, including improving and commercializing the technology, business operations and attracting investors and strategic partnerships, and finding the right marketing strategy. But he believes the BlueNalu team, which has “over 100 years of experience” in its founding team, has the means to address the issues.

Scalability at an affordable price is also a problem that needs addressing. At the moment, “proof of scale” has not been validated – but BlueNalu aims to be the first company in the world to demonstrate its scalability. “After this has been determined, we will replicate our production plant worldwide, but will customize the products, processes, and preparations to meet the needs of each regional population we target,” Cooperhouse says.

“BlueNalu has developed a five-phase commercialization strategy that will lead to test market manufacturing, followed by a regional market launch, and then large-scale commercial manufacturing,” he adds.

As for when consumers can expect the first large-scale production of cell-based seafood products, Cooperhouse says that we’re about three to five years off.