The episode, “Doubling Down,” was hailed by Forbes writer Dani Di Placido as “the most insightful episode in years,”  for many hilarious reasons, including Cartman’s failed attempt at genuine human (?) connection. He’s guided instead, as always, by his own self-preservation, gluttony, and in this case, mashed potatoes and gravy.

“I want to be vegan with you,” he tells a reluctant Heidi over the phone, through his tears. “That’s how much I love you. I’m vegan from now on.”

At school the next day he raves about how he’s loving all the vegan food. Then he tells Heidi, “You were so right when you said there were vegan options for everything,” referencing Beyond Meat’s ever-popular Beyond Burger.

Of course, Cartman’s commitment was a farce as he (spoiler) slaps the word “Beyond” on a bucket of KFC chicken and convinces Heidi it’s all plant-based. “They say you can even drink the ‘Beyond Gravy’ as like a protein boost,” he tells her. 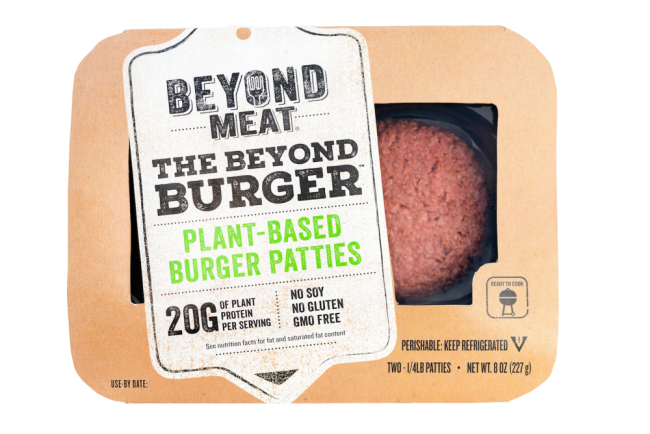 But the joke’s on Cartman for a few reasons. Number one, there are truly tasty vegan options for everything (including fried chicken). And, second, most people opting for plant-based foods don’t see it as a sacrifice. The flexitarian movement is gaining strides as more and more people opt for vegan meat and nondairy products — not just for health, ethical, or environmental reasons, but because these are tasty ways to mix up mealtime. Why just eat a beef burger every time when you could have one made with sunflower seeds, pea protein, wheat, soy, or even mushrooms instead?

It’s not all bad news for Cartman, though. It looks like he may have just inadvertently started a new diet trend. Anyone down with a (vegan) gravy protein boost?