Spain’s pigs outnumber its human population for the first time in the country’s history, according to new figures released by the environmental ministry.

The Guardian reports that there are now 50 million pigs in Spain destined to become pork, 3.5 million more than human residents. According to the figures, the number of animals has increased by roughly 9 million since 2013. As of last year, Spain produced more than 4 million tonnes of pork products, generating €6 billion (£5.4 billion).

Experts say that the rapidly-growing pig population is a driving factor in making the livestock industry one of the largest sources of greenhouse gas emissions (GHGs) in the country. Industrial hog farming must be sustained by large quantities of water. Though drought frequently affects Spain, each of the country’s 50 million pigs consumes 15 litres of water daily. Environmentalists also warn that nitrates emitted by the animals’ waste are beginning to contaminate the country’s groundwater. 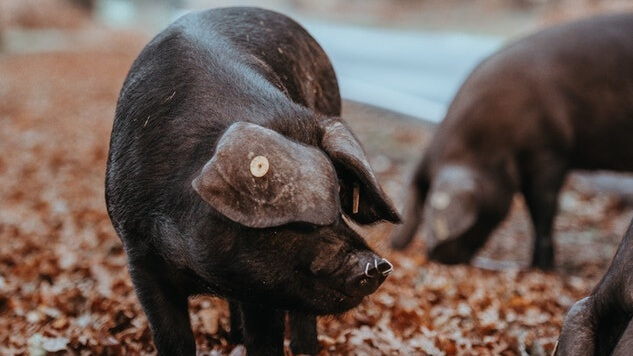 Additionally, the Spanish pork industry has been the subject of several recent food safety scandals. Investigations were carried out after a customer returned a worm-infested ham. Police found that a network of suppliers had relabelled more than 50 tonnes of ham destined for the incinerator with new sell-by dates.

“When you don’t control an industry in which traditionally there’s a lot of fraud, because there’s a lot of demand but not a lot of product, this is what happens,” said Spanish pork producer Francisco Espárrago. According to data, Spaniards consume roughly 21kg of pork each year.

“For example, some animals graze in the dehesa (grazing land) but instead of living on acorns for the last three months of their lives they’re given animal feed, but the inspector sees the pigs in the woods and so they receive the denomination,” he continued.

Spain is not the only nation where large-scale pork farms are raising environmental concerns. In the U.S., some neighborhoods are facing similar troubles due to the close proximity of pig factory farms to neighborhoods.

Earlier this summer, Smithfield Foods, the world’s largest pork producer, was ordered to pay $473.5 million to North Carolina residents due to odor, pollution, and noise produced by nearby industrial hog farms. Some reported that the sound of pigs and the scent of corpses and sewage had a large impact on their quality of life. The federal jury noted that in an effort to maximize profit, the number of pigs packed into farms was so great that they were “generat[ing] many times more sewage than entire towns.”