A three-time Olympian, Farris was the only American male competing in weightlifting at the games in Rio last year. The 187lb Farris is – you’ve guessed it, vegan. He credits the plant-based diet with making him leaner, more explosive and more powerful. 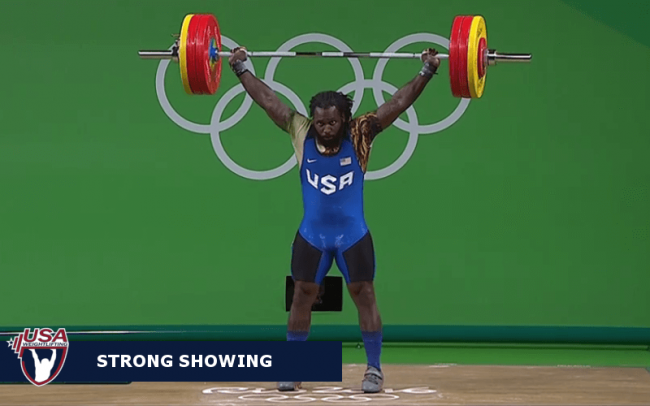 Farris has been weightlifting competitively since the age of 12 and went vegan back in September 2014 after the birth of his son – an event which inspired him to make a change, ultimately deciding that the best place to start was with his diet. At the time, his wife Katrina thought it wouldn’t last long and said to Huffington Post last year – “It was so random. I believe he sent me a text message ― when he’s at the gym, he always sends me these random things ― and I believe he said, ‘Hey, I’m thinking about going vegan,’ and so I was like LOL.”

Coached by Dr Kyle Pierce – who himself was awarded Coach of the Year in Ghana for his work with the Ghanaian weightlifting team, Kendrick Farris has gone from strength to strength (no pun intended) and has not ruled out a run at competing at Tokyo 2020. 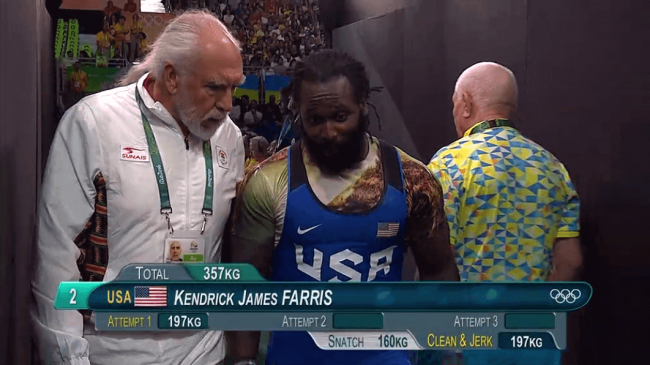 Like a number of athletes adopting a vegan diet, not only has his performance improved (a gold medal at each of the the past two Pan American Championships), but his mood, attitude and emotions are different to, as he puts it “My mind is extremely clear. I’m not easily flustered.”

And if you’re wondering about going vegan and are a little apprehensive. Probably the best advice he gives is to not worry about what you can’t eat but rather what can you eat, and what will be the best source of energy for you.