A fundraiser in the form of a comedy night, titled ‘Wait Wait…Don’t Kill Me 2!’, is coming to LA to raise money for animal rights, Shoot reported. The star-studded event, featuring actress Lily Tomlin, is said to be “one of the most anticipated comedic events in Los Angeles”.

The show will address topic events, views, and news surrounding animals and animal rights, Broadway World reported. An “all-star cast” will deliver a night of “unforgettable comedy” to raise money for non-profit Voice for the Animals Foundation (VFTA).

The show’s ticketing site described the event as a “night of anything-can-happen”. Reportedly, the evening takes the form of a comedy quiz show which will discuss animal rights topics.

The event, hosted by actor Paul Scheer (The League), will begin with a VIP reception and red carpet. The show will feature Casey Wilson (Gone Girl), Craig Ferguson (The Craig Ferguson Show), and writer Whitney Cummings (2 Broke Girls), among others. Also joining the stage will be Lily Tomlin (Grace and Frankie) and June Diane Raphael (Unfinished Business).

Executive director of VFTA, Melya Kaplan, said “we are grateful to our returning all-star cast”, which include some of the “funniest people on earth”.

“It will be a treasured night of hilarity to raise funds to help Voice For the Animals continue our fight for animal advocacy in a unique and engaging way”.

Proceeds from the event will go toward VFTA to “continue their fight for creating respect and empathy for animals through education, rescue, legislation, and advocacy”. 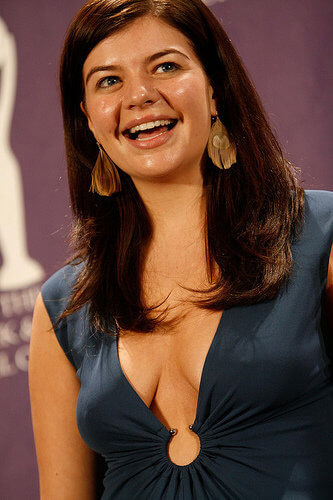 The event’s website explained: “This year’s focus will be on rescue and help for animals in need, proper veterinary care, working cats and animal rights”.

Previously, VFTA has worked to free elephants from the LA Zoo. After two of the then four elephants died from the same cause, the organisation produced a film, titled Elephants + Man: A Litany of Tragedy, which “exposed the plight of elephants in captivity”. The film’s premiere was attended by Cher, Billy Bob Thornton and Lily Tomlin.

The Wait Wait…Don’t Kill Me 2! event will be held at the Broad Stage Theatre in Santa Monica on April 27, 2018, at 8 pm. For ticket information, please click here.