Starbucks has once again upped its plant-based options, introducing a dairy-free cereal latte.

The largest coffee chain in the world is getting inventive with its latest release, launching a latte that tastes like cereal. The coffee, which is topped with crispy bits, is blended with a cereal powder made from oat, barley, and wheat – three of the ingredients used in Cheerios. The drink is served with dairy-free oat milk poured over an espresso shot. Starbucks said they chose oat as the beverage’s standard milk because “it brings out the best flavour.”

The inclusion of oat milk in the breakfast-inspired drink is fitting, given when the coffee chain first launched oat milk at its European stores in January 2018, it noted that it is a “great option” for a latte at breakfast due to its mild, slightly sweet taste and its fibre content. Starbucks also offers almond, coconut, and soya as dairy-free alternatives to milk. 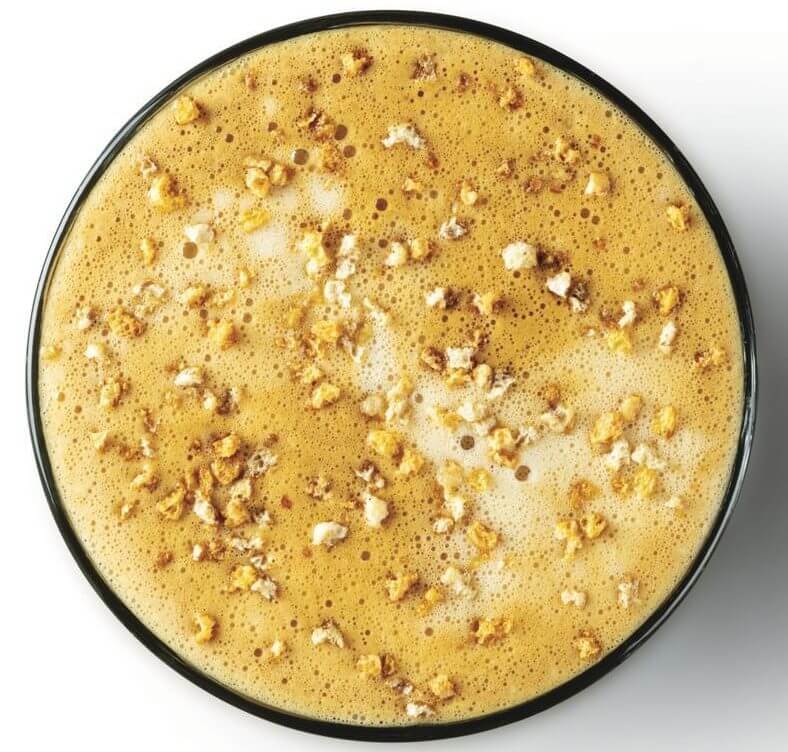 The new cereal latte is not Starbucks’ first dairy-free flavoured beverage. Over the holiday season, the chain released Christmas-tree-inspired drinks that, when ordered with plant-based milk, are vegan. And for Halloween, Starbucks introduced a vegan-friendly Witch’s Brew Crème Frappuccino, which featured chia seeds.

More people than ever are ditching animal products in a bid to improve their health, lessen their impact on the planet, and to do their part for the animals. Veganism has become so popular that it is moving out of its once niche market, transforming into a mainstream lifestyle that has attracted big-name businesses like McDonald’s, Nestlé, Pizza Hut, and Unilever.

Starbucks is no stranger to vegan products. As well as its vegan-friendly drinks, the chain offers a handful of plant-based food options like its BBQ Vegan Wrap with Jackfruit and Slaw as well as a sweet potato falafel wrap. Grilled veg salad bowls and raspberry cake are also available.

Starbucks’ Cereal Latte is available in all 353 UK locations, with prices starting from £3.20.