Starbucks has made two major statements with this new drink. First, it solidifies the company’s recent commitment to serving more plant-based options. In the past, vegan beverages have been offered, but only on a limited-time basis. The placement on the permanent menu demonstrates the coffee behemoth’s confidence in the plant-based trend. Second, unlike the majority of the company’s crafted beverages, the Iced Vanilla Bean Coconutmilk Latte does not contain any syrups. The drink is simply made by pouring shots of espresso over iced vanilla bean-infused coconut milk, which is slightly sweetened on its own. The lack of sugary syrups makes this beverage more acidic than what most frappuccino-drinking customers are used to, but for those who find Starbucks drinks too sweet, this new vegan option might just be the right fit, as it actually tastes like coffee. 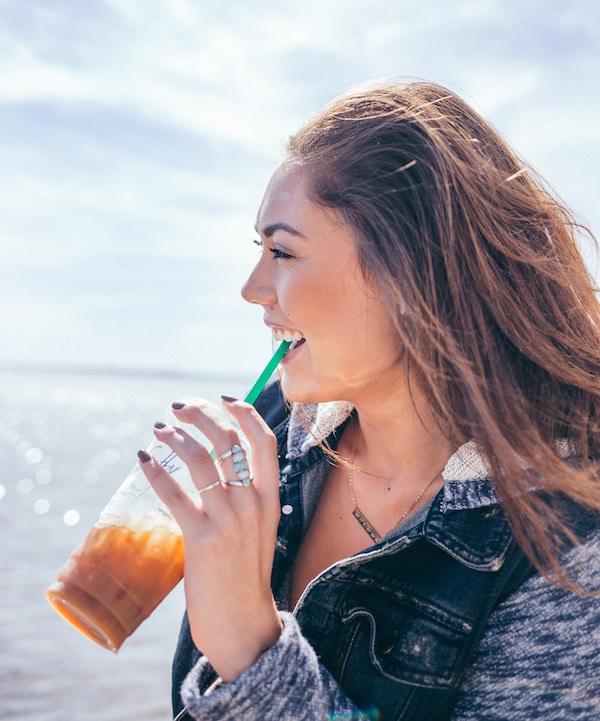 The coffee corporation has made significant strides in better catering to its plant-based patrons. In recent months, it has added vegan macadamia cookies, 3D popsicles, protein-packed cold brews, packaged savory wraps, and ready-to-drink coffee smoothies in select locations around the world. The company has also expanded on its vegan snack range, offering vegan Hippeas packs, Kind bars, and Justin’s peanut and almond butter cups. The shift toward plant-based options slowly, almost grudgingly, began in 2015 with the introduction of its own-brand coconutmilk, and picked up a bit more momentum in 2016 when almond milk debuted on the menu. Now, Starbucks is embracing these non-dairy milks to create special beverages that will appeal to the ever-growing market of plant-based consumers and those trying to avoid dairy.

Other large-scale coffee companies have also profited from the rising vegan consumer base. Peet’s Coffee was ahead of the curve in 2016 when it introduced its vegan whipped cream. That same year, it also launched a “Coffee Meets Coconut” summer menu which included 3 vegan-friendly beverages made with the new whip. In the years since, Peet’s has also offered several other dairy-free specialty beverages, no modifications required.