The new items don’t yet appear on the global coffee chain’s website, but according to the photo the “Vegan All Day Breakfast Burrito” contains smoked scrambled tofu inside a spinach wrap. The vegan macaroni shows butternut squash, greens, and cheese.

Over the holidays, the chain launched a vegan “winter sandwich,” which features roasted squash, carrots, a cranberry dressing, a “kale leaf mix” and red cabbage slaw on pumpkin bread.

The new item launches appear to cement the international coffee chain’s commitment to the shifting market preferences. It’s long been criticized for its lack of vegan options. Last spring, the Seattle-based chain’s COO Rosalind Brewer told Starbucks shareholders that the chain receives more requests for vegan options than anything else.

“We have a line that we’d love to share with our customers later this year, so it is in our plans,” Brewer said. “We know our customers ask us that repeatedly, and we’ll be responding.”

And the chain has followed through; last year it launched vegan cold-brew protein shakes, a vegan cookie option in U.S. locations, as well as vegan oatmeal pots and lentil sandwich wraps.

In Europe, it launched a vegan version of its signature pumpkin spice latte sauce, as well as a recent exclusive launch with supermarket chain Asda for its iced coffee with almond milk. 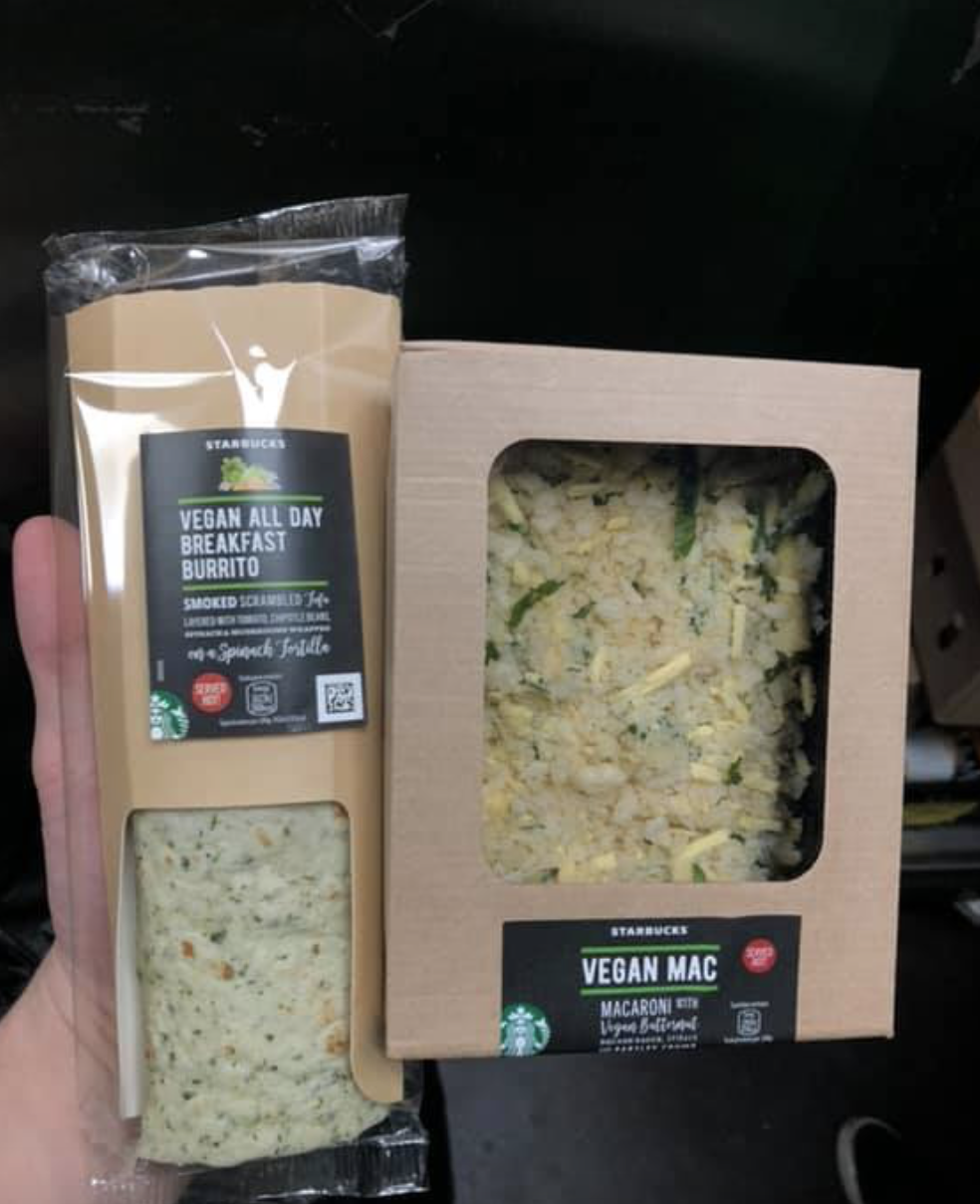 “The opportunity for plant-based foods is huge,” Starbucks founder Howard Schultz said last spring at the Seeds and Chips conference in Milan.

Starbucks has begun moving away from longstanding signature drinks like its sugary frappucinos and toward healthier offerings that appeal to the changing tastes of its core demographic. It will be adding nitrogen charged cold brew coffee, commonly referred to as Nitro or “NCB,” to all U.S. locations by the end of the year.