Tesco, the largest supermarket in the UK has announced that they are doubling vegan and vegetarian centrepiece festive food for the holiday season.

Tesco is paying attention to consumer preference. According to the company, demand for vegan and vegetarian food has “soared”. Tesco report that sales of vegetarian ready meals and meat substitutes have increased by 25%. Following this, the business has ensured that those opting for meat-free this Christmas won’t be missing out.

For the very first time, Tesco is offering vegan Christmas centrepieces. These will include Turmeric Spiced Cauliflower Wellington, and a mouth-watering Pecan and Peanut Roast with maple-roasted carrot and parsnip.

Vegetarian Portobello Mushroom Wellington “made with spinach and bursts of cranberry in rich puff pastry” will also be available. Additionally, a vegetarian Festive Nut Roast with a mulled wine and cranberry glaze is set to hit the shelves. 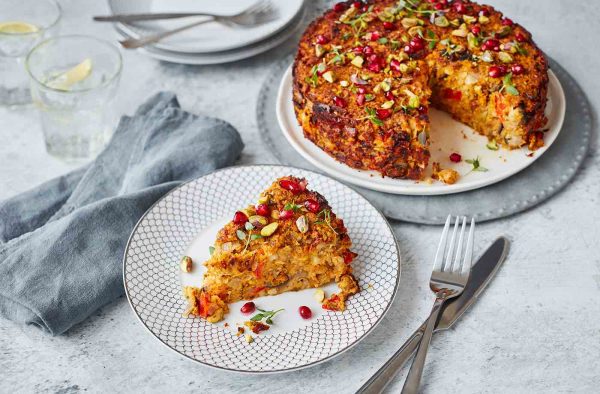 These moves are fresh but sought-after. In their news release, Tesco points out that almost half of British shoppers (44%) do not eat meat, have reduced meat intake or are considering cutting meat from their diets, according to British Social Attitude research.

Tesco also reported of a new addition to the team, director of plant-based innovation chef Derek Sarno. On the plant-based festive food, chef Sarno says it is “so delicious that it may tempt diners to try something different this Christmas”.