Gone are the days when hummus was merely a carrot dip. From dedicated supermarket shelves lined with hummus varieties to celebratory hummus festivals, it appears people cannot get enough of this smooth chickpea-based spread, and its uses are becoming more and more varied.

Designed to satisfy a sweet-tooth, the dessert hummus is inspired by HOU’s co-founder, Harry Tyndall, who was diagnosed with gout at the age of 28. “After cutting out red meat and dairy, [hummus] became a staple in my diet, but I still couldn’t get rid of my sweet cravings,” he told Vegan Food and Living. So, with the expertise of trained chef Jake Finn, Tyndall developed a sweet-tasting healthy hummus which is “dairy-free but still irresistibly tasty.”

Made with all natural ingredients, the dessert spread is versatile in its use.“Whether it’s spread on toast for brekkie, dolloped on fruit as a tasty snack or out of the pot for pudding, there’s a HOU for every occasion,” the company boasts.

The pair is “thrilled” to launch the UK’s first sweet hummus, said Finn, who described it as “such an exciting product.” 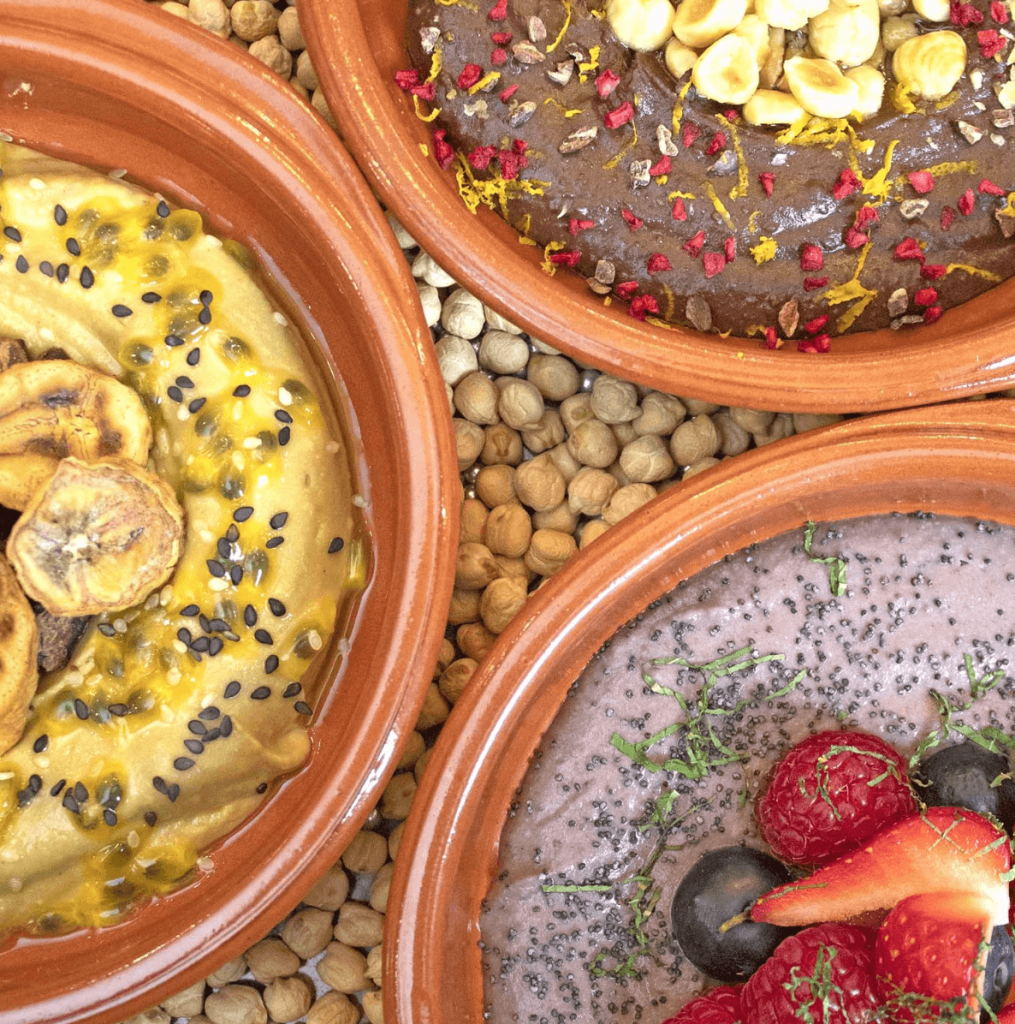 Today, hummus is a “fridge staple,” having quickly advanced from its designation as a basic vegan side to a must-have at restaurants and supermarkets nationwide. In fact, in the U.S., according to market research company IRI, the booming hummus market accounts for more than 37 percent of the $2.15 billion fresh dips category.

The humble chickpea has also proved to be an invaluable ingredient in modern baking, with many companies using it to recreate classic desserts.

Hummus & Pita Co., a New York City-based fast-casual chain, reinvented the classic milkshake with a vegan hummus shake – in four flavors. Judging by customer reactions, the bizarre-sounding dessert may be one of the best smoothies in New York City. Celebrating National Ice Cream Day on July 15, the company also launched vegan hummus ice cream. Sweet or savory, there seems to be no creative culinary limit to the once humble hummus.