Swiss-based vegan cheese brand, New Roots, is coming to London. Over the weekend, the team announced on Facebook that the cheesy creations are now available in every Planet Organic across the city.

Founded by cheese lovers, Alice & Freddy, New Roots began when the pair realised “tastebuds should [not] prevail over the lives of other sentient beings.”

“As new vegans, we heard our fair share of myths about ‘humane slaughter’ or ‘protein deficiency’, but what came up most often was how people apparently couldn’t live without cheese. This resonated with us to some degree, since we are cheese lovers,” stated the duo on their website. They added, “What if we could discard this excuse altogether and come up with an artisanal, tasty and exploitation-free alternative to cheese?” 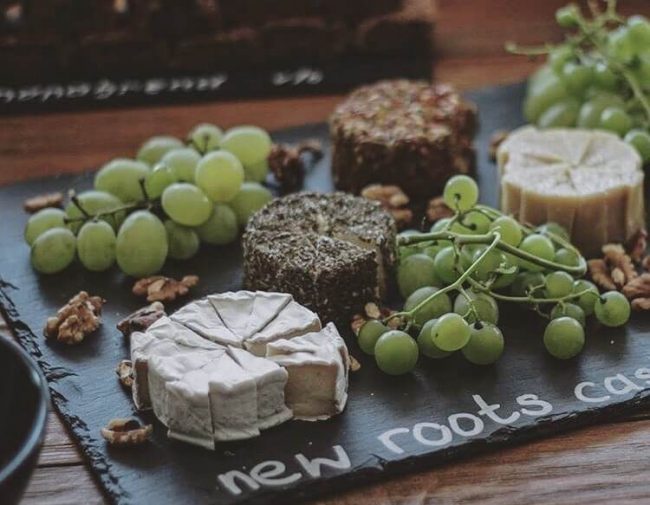 Since realising their dream to create a cruelty-free cheese, the brand has gone from strength to strength, winning two Swiss Vegan Awards in 2017; Alice & Freddy won the best camembert award along with an award for the company’s website.

2018 is the ideal time for New Roots to expand into the UK, with findings from a poll in January revealing thirty percent of British residents want to ditch dairy products such as milk and cheese this year. But it’s not just demand in the UK that is growing for dairy-free alternatives; the global vegan cheese market is booming, too, predicted to hit a value of $4 billion by 2024.

Market research by Digital Journal has also noted a worldwide surge in consumer interest in vegan cheese. “With changing lifestyle and evolving dietary pattern, convenience food plays an important role in defining the consumers’ food choices in the modern world,” the report states. “The trend of consumption of convenience food began in [the] western world and spread to other regions rapidly, which in turn will positively influence the sales of [the] non-dairy cheese market in the near future.”