Swiss people are using their vote to never run out of food ever again. On Sunday this week, polls will determine an amendment to constitution which will “guarantee food supply, protect land and ensure efficient food production“.

Originally, this initiative was launched by the Swiss Farmer’s association but a Government proposal has since replaced that scheme. Included in the proposal is strongly advocating for resource-efficient production of food sources, safeguarding agricultural land making trade relations sustainable, into written law.

Ballots show that 69% of public voters were in favour, but this isn’t a done deal yet and will likely spark debate between environmentally-conscious citizens, farmers and members of parliament. 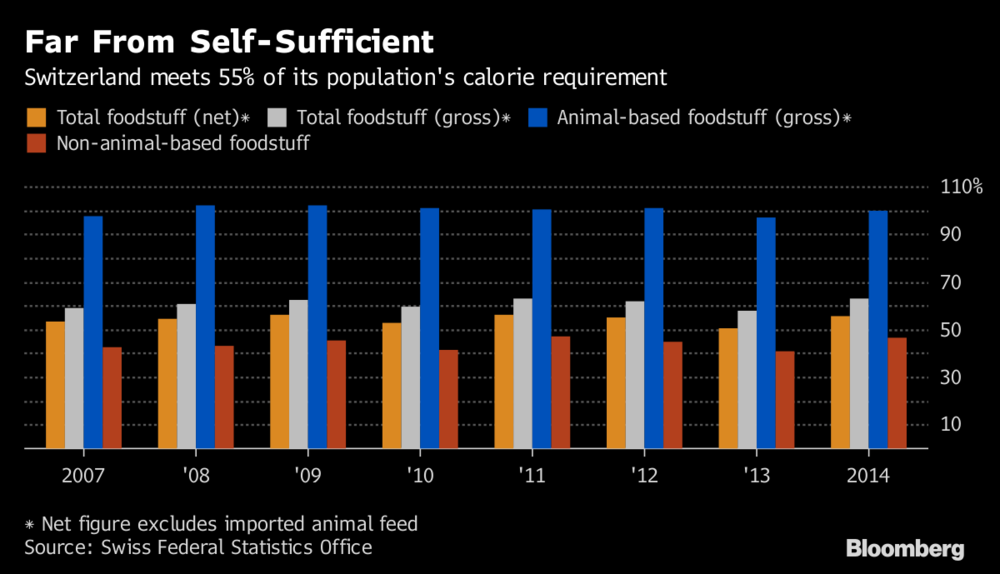 The major intention of this proposal is to secure Switzerland’s means to be able to feed all 8.4million people who live there. According to Bloomberg, “In terms of calories from animal products, Switzerland has already reached self-sufficiency albeit only at first glance: Factoring out imported fodder, the country can only provide three quarters of the calories derived from animal products. With plant-based foodstuff, the number constantly hovers below 50 percent.” 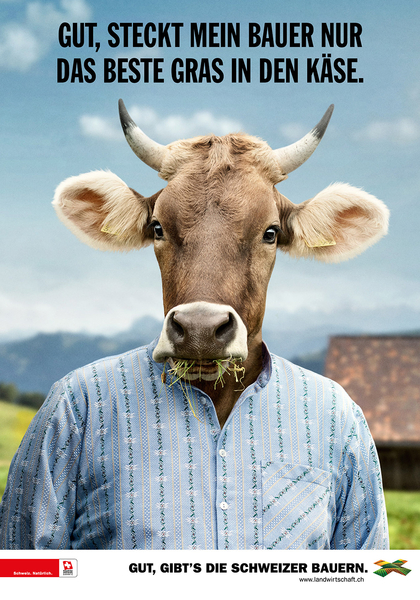 But with campaigns pushing meat and dairy; are the Swiss Government and farmers association doing enough to meet their goals? Air and water pollution are huge concerns for Switzerland and although a large percentage of this can be attributed to transportation, it is no secret that animal agriculture plays a key part in this global issue.

The Federal Agriculture Office states that “80 per cent of methane emissions in Switzerland come from agriculture, largely produced by ruminants – mainly dairy cows – when they chew the cud”

Furthermore, Switzerland imports over 300 000 tonnes of soya for feed for chickens, pigs and cows each year which results in loss of biodiversity and the displacement of indigenous peoples, a huge damage to our climate. Soy (imported to Switzerland), which is fed to the animals, comes to 99% from abroad. Of which 85% is from Brazil, where the rainforest is destroyed for soybean production.

“Vegetation stores the CO2 in the air and thus reduce the CO2 concentration of the atmosphere. If they are cleared, exactly these amounts of CO2 escape again by burning and act as greenhouse gases.”

Environmental impacts aside, it’s also worth considering that the most effective strategy for feeding 8.4 million Swiss citizens has been wildly overlooked. Already 4 billion hectares of the world’s land mass is dedicated to agriculture and 70% of this land is used to rear animals. However, if everyone were to switch to a plant based diet, it’s estimated that the land mass required for food could be reduce to between 0.6 billion and 1.2 billion hectares worldwide, even with the predicted 30% increase in world population. 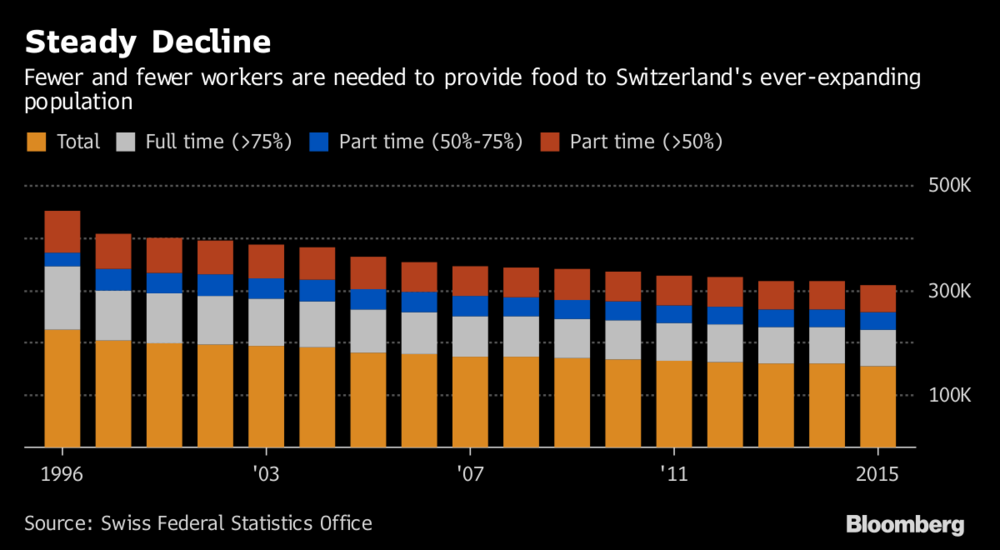 Interestingly as shown in the above graph, the number of agricultural workers is steadily declining – alongside a drop in dairy sales and rise in veganism. In fact, the number of people eating vegan has greatly increased to 3%.

To ensure they be self-sufficient, these constitution amendments will be a well-intended start (should they be implemented into law) but, to reiterate, are they enough?

It requires far less resources, land and time to cultivate and farm plant-crops, than it does to farm animals for their meat and dairy products. As opposed to a lengthy legal process/battle to implement preventative measures against imminent future lack of food – the answer to Switzerland’s worries could instead lie in encouraging citizens to go plant-based.