Speaking at The Good Food Conference in California last week, Earle discussed the future of seafood with Liz Specht, a Senior Scientist at The Good Food Institute. Drawing on her experience as a National Geographic Explorer-in-Residence, founder of Mission Blue, and a former chief scientist at the National Oceanic and Atmospheric Administration, Earle educated the audience on the harsh reality of seafood consumption. She warned that fishing as it is known today will be forced to a halt “by the middle of this century” as the fish stock supplies will have all but disappeared.

Earle noted that while seafood has formed a necessary part of coastal people’s diets for generations, it is simply not needed in the places – and at the scale – that commercial fishing currently serves. The conservationist said that looking logically at input and output, it is nonsensical for most of us to eat seafood. One fish will eat thousands of pounds of plankton to reach a size deemed suitable for human consumption; the cost of our seafood consumption is far-reaching. “If you consider the cost of the food chain, it’s really a pretty expensive choice,” Earle lamented. “We’re not thinking of what we take out of the system.” 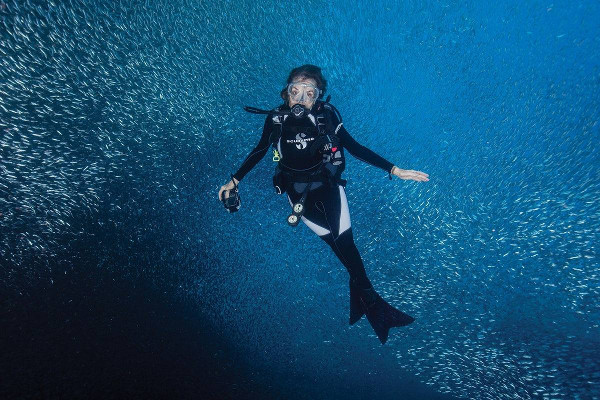 In a bid to tackle this, Earle advocated for a drastic reduction in commercial fishing, as well as more investment and development into plant-based and lab-grown seafood.  She directly addressed the developers, manufacturers, funders and industry members in the audience, telling them it’s their job to create flavorsome and sustainable seafood alternatives.

Earle also frequently uses her social media platforms to spark conversation – and hope – about the state of our oceans. Earlier this week, she shared a Facebook post reading: “In a world that is rightly so concerned about climate change and the atmosphere, to be so ignorant and neglectful of our oceans is deeply troubling. However, having woken up to this living disaster… it’s not too late to turn things around.”

At The Good Food Conference, she suggested that education, combined with viable plant-based “seafood,” is “what we really need for food security” and to turn this dire situation around.