Today’s issue of The Daily Telegraph (26th August) had a very important question for people of the UK, asking ‘Time to go vegan?’ on the front page. Thankfully, so they didn’t force you to think too much over your lazy Saturday breakfast they gave an answer on the front of the Saturday section: ‘Go vegan!’ 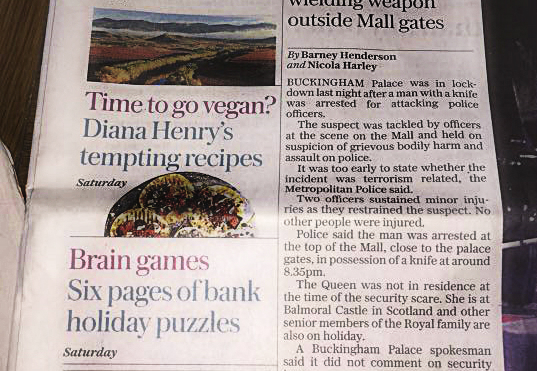 The popular British newspaper features an article by Diana Henry, winner of the the Cookery Book Writer of the Year award, who discusses just how much veganism has been rising in popularity in the UK recently. Supermarkets in the UK have caught onto this and Sainsbury’s has notably increased its inclusion of vegan products in the aisles, most recently adding a cheesy vegan pizza! Similary, M&S has had vegan product success, now including over 1,800 vegan food products on the shelves and reportedly their vegan sandwiches are very popular.

Henry notes that ‘veganism’s rise in popularity is not necessarily to do with a concern for animals and some within the vegan movement…aren’t happy about this’. A lot of people in the vegan movement make a distinction between ‘vegan’ and ‘plant-based’. Although both avoid the consumption of animal products, veganism is motivated by the desire to cause less harm to animals, whereas plant-based diets may have other origins. Henry discusses the ways in which environmentalism and sustainability play a part in the public’s decision to try plant-based meals, commenting that ‘[t]he industrial farming of livestock is a major contributor to greenhouse gases; it also uses land, water and energy and requires food that could be eaten by humans.’ 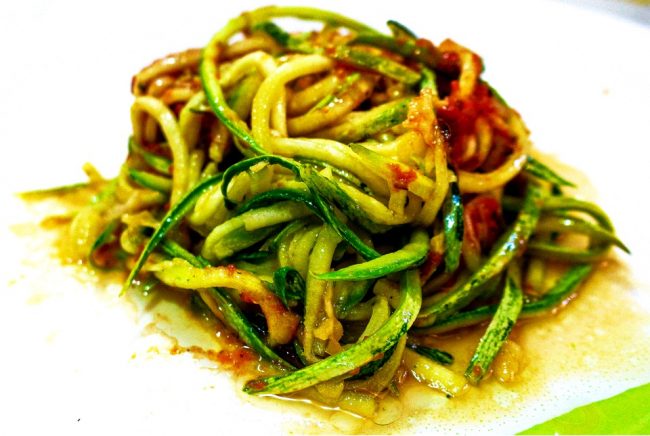 The Telegraph isn’t the first major publication to address vegan issues. Recently The Independent allowed an opinion piece to be included that called for an ‘end to the meat and dairy industry’.

Today’s issue of The Telegraph has also provided some handy recipes anyone interested in plant-based foods can try! The recipes include light summer options such as Harissa Aubergine Kebabs with Cucumber Relish and also some heartier options like Pea and Potato Dumplings, presumably to prepare us of the end of summer (if it ever really arrived in Britain).

Whether you’re a keen environmentalist, an animal lover or just a passionate foodie, it’s certainly worth picking up a copy of The Telegraph today and trying out some seriously tasty dishes.