News of Wicked Kitchen’s latest additions was shared on Wicked Healthy’s Instagram story earlier this week. According to the posts, Tesco customers can expect to find the vegan Wicked Sausage Rolls and Wicked Pesto Lasagne in stores on Monday. Another plant-based ready meal, featuring pulled mushrooms in an Asian BBQ sauce with greens, will also launch early next week.

Following last month’s news that the supermarket giant is more than doubling the range, it appears that the new vegan products are being released on a rolling basis; a vegan Red Velvet Brownie and a Charred Pineapple Cake were among the first items to be spotted by customers. 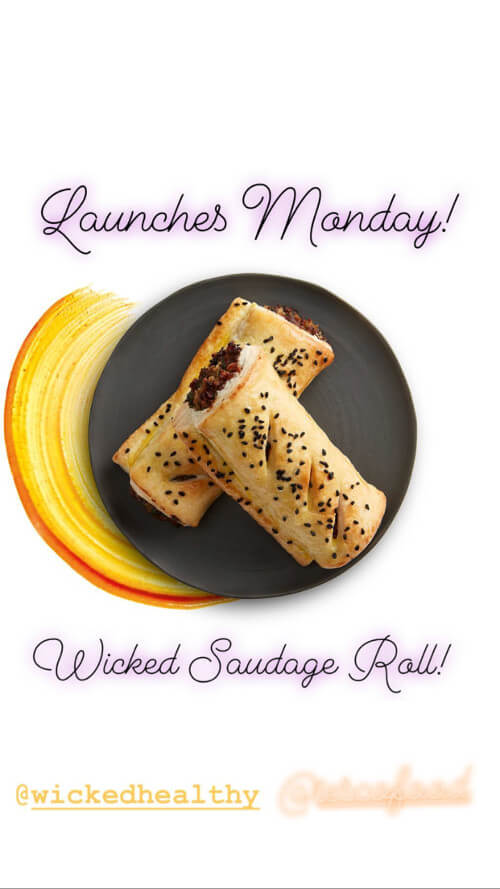 With flexitarian, vegetarian, and plant-based diets becoming more popular across the UK, it is likely that Tesco has its sights set on veg-curious consumers – and so far, it has paid off. In June, Wicked Kitchen more than doubled sales expectations.

“Selling more than double predictions is huge for a new brand, vegan or not,” Sarno told LIVEKINDLY at the time.

By August, 33 weeks after its January launch, it was revealed that Wicked Kitchen had sold more than 4 million meals.

“We’ve beat the records and projections,” Sarno wrote. “We’ve proven to the world it’s time for a change and people are responding!”

According to Sarno, the final additions to the new Wicked Kitchen product roll-out will be available in Tesco stores next week. The range now includes sandwiches such as the Italian-Style Cold Cuts Sub made with slow-roasted celeriac deli “meat,” a Bubble, Squeak, and Greens, and a Smoked Carrot Celebration on Rye. A dairy-free Cheesy Mac Attack Salad Bowl ready meal is also now available.