This January, vegan chef Derek Sarno is launching an exciting new brand. Exclusive to Tesco who is ‘leading the plant based movement as far as retailers go‘, the Wicked Kitchen range will include 20 exciting new products that are all completely vegan.

Sarno has previously worked as the senior global chef at Whole Foods Market but recently became part of the Tesco team as Executive Chef-Director of Plant Based Innovation. Self-described as a ‘plant-pusher’ the chef is keen to impart his vegan wisdom to help drive the vegan market in the UK in coming years.  Sarno is half of the Sarno Bros. duo, founders of Wicked Healthy, a recipe-sharing platform that ‘was formed to partner with and influence big business from the inside out.’ 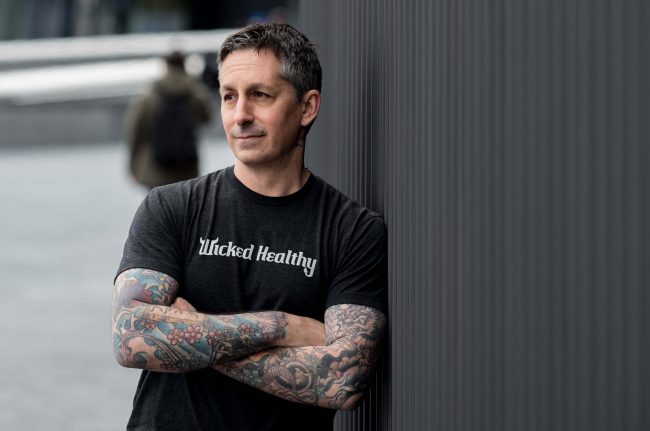 ‘For too long, vegans have been overlooked, with many offerings that are available seemingly created to appease rather than truly please,’ said Sarno. The Wicked Kitchen brand is the answer to this problem but it’s not just vegans who will benefit. ‘My intention was to appeal to the hardest core meat eaters.  Everyone wants to eat more veggies and we’re making it dead easy to do so,’ claims Sarno. He’s leading the way in plant based innovation with ‘flavor, purpose, detail and simple badassery!‘

His new offerings include BBQ Butternut Mac, Gunpowder Potato Chana Masala, and two sourdough pizzas. According to Sarno the recipes are ‘80% health and 20% wicked.’ Although the entire range is delicious, and Sarno himself can’t even pick a favourite (‘Honestly it’s whatever one is in front of me, I love them all.‘), Derek is pretty excited about the way he’s incorporated mushrooms into the dishes. ‘The world has never seen mushrooms this way, prepared with care and attention to detail like never before. Oh, how we love a good shroom!‘ 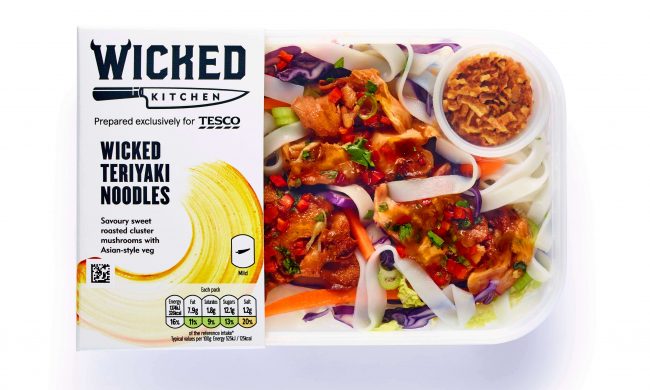 The range encompasses both on-the-go and ready meal options, so whether you’re looking for a great lunchtime option, or an easy dinner that will keep your taste buds satisfied and healthy eating on track, Wicked Kitchen has you covered. Sarno isn’t afraid to admit that ‘the sandwiches and wraps are so tasty, filling and have a sexy factor that ha[s] never been available before now.  The salads are amazing, and the meals are on point and for the price they can’t be beat!‘

If Sarno has you inspired to whip up some kitchen magic of your own, the Wicked Healthy cookbook will be out in May of this year and will be available in both the US and the UK.

The range will be available at 600 stores from today (8th January).

If you want to see more from Sarno and the Wicked Healthy team, check out @dereksarno, @wickedhealthy and wickedhealthyfood.com.