Vegan steak is on its way to Tesco stores in Ireland, the Irish Times reports.

Made from wheat and soy protein, the animal-free steak is said to be “barely distinguishable from the real thing.”

The product – labelled as the world’s first store-bought plant-based steak – is made by Dutch vegetarian meat company Vivera and will appear on the shelves of 42 Irish Tesco stores. The vegan steak will be stocked alongside animal-based meat products, a move which has helped the plant-based Beyond Burger hit high sales figures and appeal to meat-eaters.

Vivera designed its steak product to appeal to the rising demand for meatless, sustainable food among consumers. But shoppers don’t need to compromise to enjoy the product; according to Joe Manning, Tesco Ireland’s fresh and frozen foods director, the product bears a close resemblance to conventional steak.

“With Vivera, it’s an entirely plant-based product that’s made to imitate the look, flavour and texture of traditional animal-based steak; including the use of natural, plant-based colouring to create the pink centre,” Manning said. He added that the product is “ideal” for those looking for “something different” in plant-based dining. 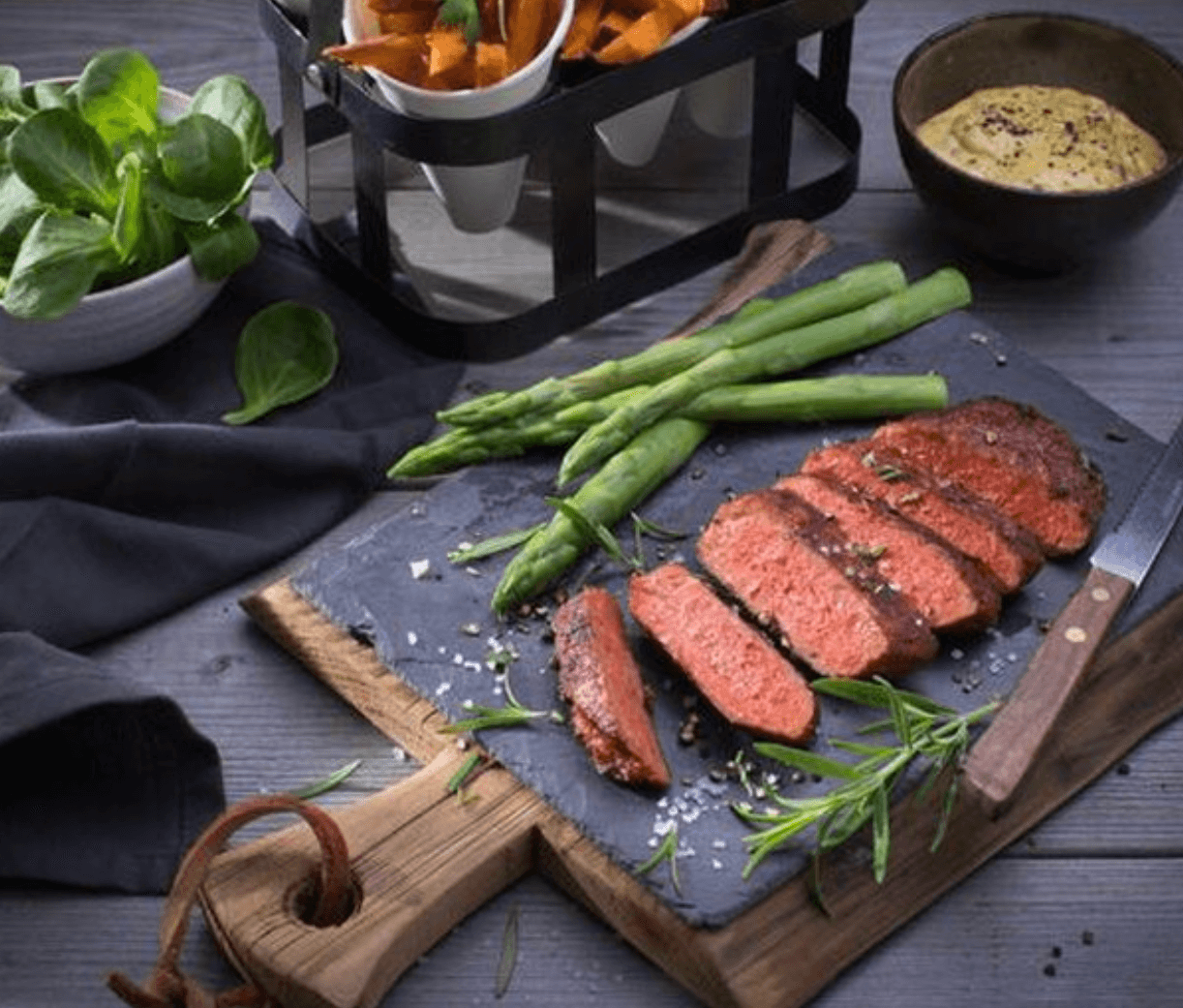 Vivera’s “groundbreaking” steak arrived at more than 400 Tesco stores in the UK earlier this year. The response was highly positive; in just one week, Tesco sold nearly 40,000 units of the veggie steak. Following the increased demand, Vivera was forced to boost its production to 100,000 a week.

Shortly after, the steak launched at Dutch and Belgian Carrefour stores. Continuing its supermarket takeover, in October, another of the company’s products – its veggie quarter pounder – launched at Sainsbury’s supermarkets.

Gert Jan Gombert, chief commerical officer at Vivera, spoke about the importance of swapping out animal-based foods for vegan alternatives earlier this year. “It is very important that we eat less meat, both for our own health, animal welfare and for our planet,” he said in a statement. “Innovative and high-quality plant-based products can make a significant contribution here.”

Vivera’s vegan steak will cost €4 for a pack of two, and will be available in Tescos in Ireland this week.