A new podcast released by The Guardian explores the history of veganism. Part of the publication’s “We Need to Talk About…” podcast series, the episode will detail the rise of veganism into contemporary, mainstream culture and answer listener questions about living a plant-based lifestyle.

Earlier this year, The Guardian reached out to readers and listeners, requesting that they ask questions and share their views about veganism. Journalist Decca Aitkenhead had written an article about her experimentation with a vegan diet, which sparked a number of listener questions. Due to the overwhelming reader response to her article, Decca was invited to host the vegan podcast. 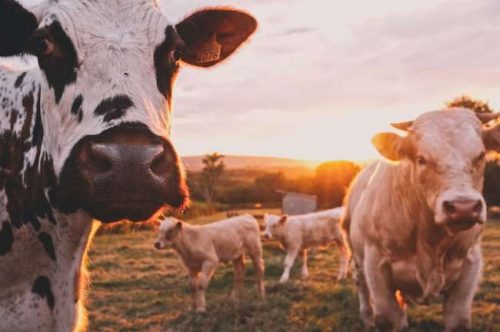 Food journalist Joanna Blythman, Guardian environment editor Damian Carrington, chef and author Meera Sodha, and program director of the Jeremy Coller Foundation Rosie Wardle will join Decca on The Guardian’s podcast in discussing the growing popularity of the vegan movement. The team will also address a number of questions such as the link between factory farming and climate change, the modern disconnect between the food we eat and where it comes from, whether or not vegan meats are nutritious, and the implications of big businesses embracing plant-based food and whether or not it will affect the manufacturing process.

With over 42.6 million unique visitors per month, The Guardian’s “We Need to Talk About the Rise of Veganism” podcast will likely reach a wide range of listeners. In recent years, the number of vegans and veg-curious individuals living in the UK has been on the rise. Earlier this year, The Grocer reported that nearly eight million Brits are now eating a meat-free diet and new data shows that 56 percent of people ages 16-29 have tried veganism in the past 12 months. However, Brits aren’t just ditching meat for the short term. Research released earlier this year by Compare the Market shows that the number of vegans in the UK has grown by 700 percent in the past two years.

The Guardian podcast is not alone in educating the public about the plant-based movement. Last year, “Harry Potter” star and vegan activist Evanna Lynch launched her own podcast, “The Chickpeeps,” to inspire her young audience to embrace a vegan lifestyle.