In a recent interview on NPR, author and activist Michael Pollan revealed that he has “almost” given up on eating animals. As the author of the best-selling book that explores the history of how technology has affected diets across the globe as well as critiques the Standard American Diet, “The Omnivore’s Dilemma,” Michael Pollan’s diet has been a topic of discussion for many.

Earlier this week, Pollan appeared as a guest on the NPR podcast “Fresh Air,” hosted by Terry Gross, in order to promote his new book, “How To Change Your Mind: What The New Science Of Psychedelics Teaches Us About Consciousness, Dying, Addiction, Depression, And Transcendence.” The book details the history and current use of psychedelics for various applications. Gross began by asking Pollan how psychedelics had affected his relationship with food, drawing from the author’s comment about how he could sense the spirit of plants in his garden.

“…I had a sense of that there were spirits in all the plants, and that they were looking back at me in some sense,” Pollan began, commenting on a psilocybin trip where he spent most of his time outdoors.“I know how wacky that sounds. But they were benign. I was in my garden, and I felt part of it. I felt like another creature among other creatures – you know, that there were many spirits here and I was one of them, and they were others and they were communicating to me. But I still eat them. (Laughter). I mean, you have to eat plants, you know? You can give up on animals. And I’ve never thought plants…” 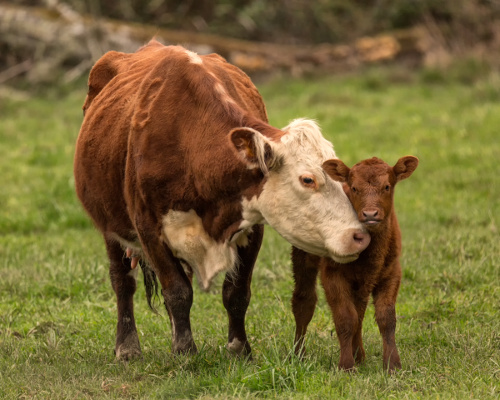 Gross then dug deeper into the topic of whether or not Michael Pollan was vegan, asking him if he had given up eating animals. To which the author responded: “Almost. I’m a kind of a very reluctant carnivore. I eat very limited kind of meat from farmers that I know, and, you know, pastured eggs and all that kind of stuff. I mean, I’m very careful about what I eat, but that doesn’t owe to my psychedelic experience. That owes to having been on feedlots and seen the horrors of industrial animal agriculture and not wanting to be part of it.”

Michael Pollan said that his diet ethos is still what he determined to be the ideal advice about food after writing “Omnivore’s Dilemma”: Eat Food. Not too much. Mostly plants.